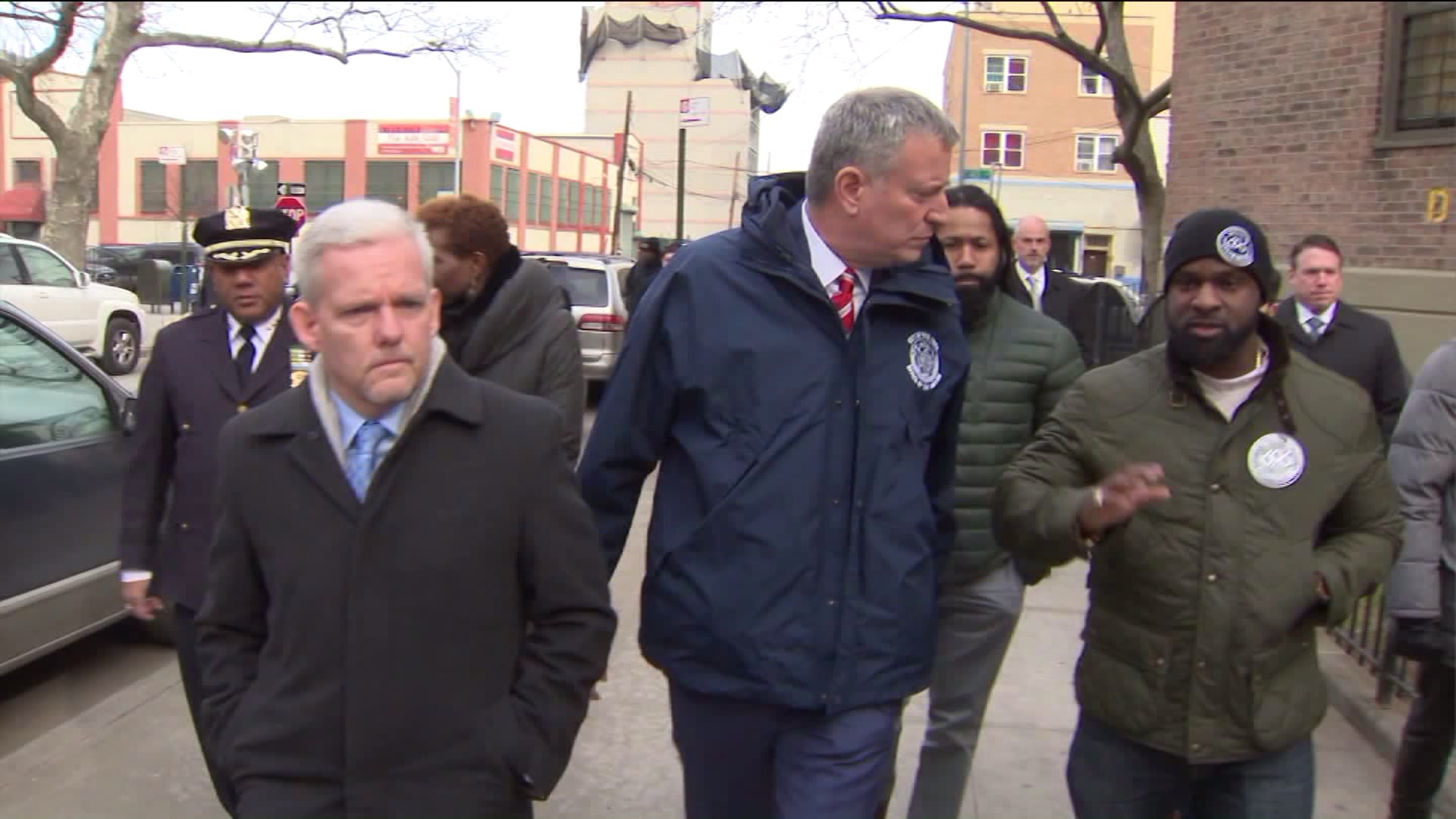 LONG ISLAND CITY, Queens — For years, the Queensbridge Houses had a reputation of gang and gun violence, but in 2016, it's a place where there were no reported shootings.

With six blocks and 96 buildings, the Queensbridge Houses is the largest housing development in North America.

For years its reputation was sullied by gang violence and shootings, but in 2016 it saw a dramatic turnaround. The housing development saw 365 days without a single shooting.

PIX11 News had exclusive access to Mayor Bill de Blasio’s tour of the development on Friday where he also launched the mayor's office to prevent gun violence program.

De Blasio met with members of 696 Build Queensbridge, a community based organization that’s part of the mayor’s cure violence program.

The initiative works to stop the violence before it starts by forming close connections with those at risk of committing a crime.

“We had a gentleman here, he was determined and he decided he was going to retaliate there was going to be some violence,” a 696 Build member told de Blasio.

“He felt like someone disrespected his mother, his logic was how can you tell me not to respond to someone, who is in the community, saying that he's going to do the violence he intends to commit violence against me and he's disrespecting the woman who gave [him] life.”

The conflict de-escalated when a 696 Build member told the at-risk teen to consider how his family would feel if he were sent to prison.

The success at the Queensbridge Houses lead the mayor to launch an office aimed at preventing gun violence.

“They deserve a lot more support so it can go much farther,” de Blasio told PIX11 News.