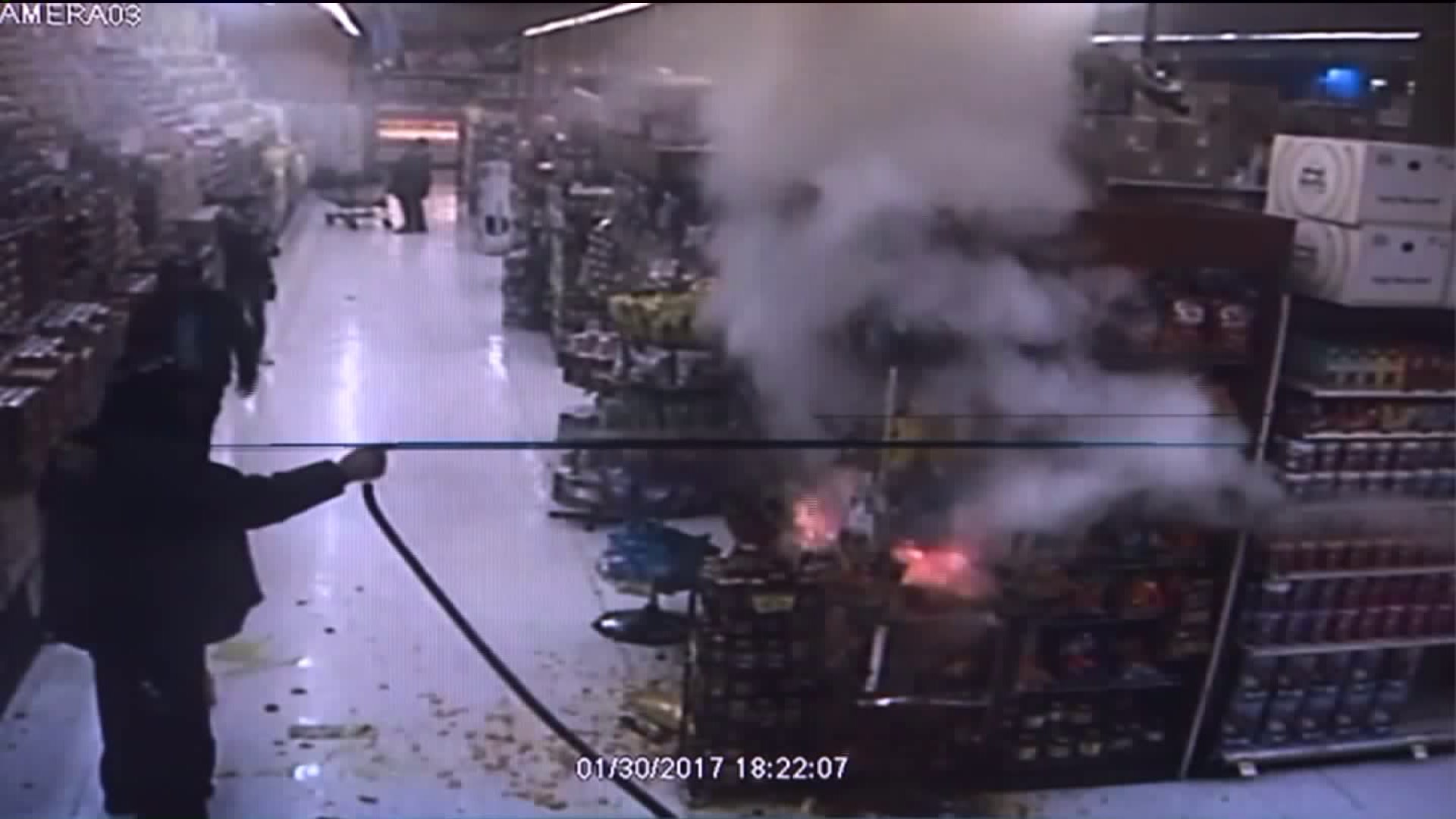 Surveillance video captured him lighting a bag of potato chips on fire and walking away.

BROWNSVILLE, Brooklyn — A man is wanted for allegedly starting four separate fires in a Brownsville supermarket on Monday.

The man went in the Food Bazaar Supermarket at 417 Junius St. about 6:15 p.m., police said. He allegedly walked throughout the store and started four separate fires before walking out the door.

Surveillance video captured him lighting a bag of potato chips on fire and walking away.

The man boarded a westbound B14 bus, police said.

Customers and security officers poured water and used a hose to put the fire out until firefighters came.

The man is described as being about 5 feet 3 inches talk and 115 pounds, police said. He was wearing a black ski cap and a black parka with a fur-trimmed hood at the time of the incident.