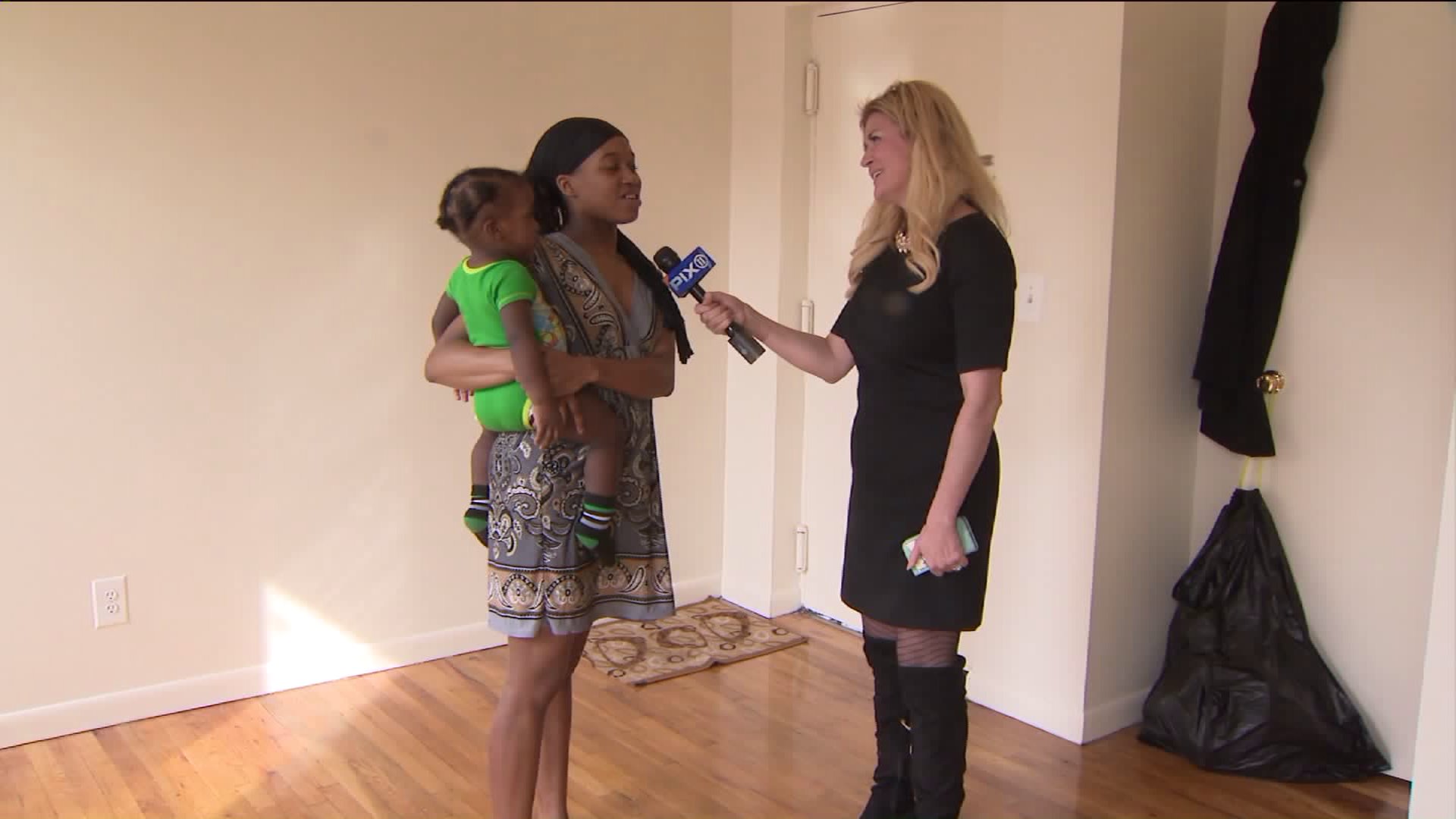 A Harlem cancer survivor gets the roaches out of her home and a Brooklyn mother of seven gets her ceiling fixed in this week`s Follow-up Friday.

NEW YORK — A Brooklyn mother got a new home and PIX11 News helped residents fight a major rat problem in a Harlem building in this week's follow-up Friday.

Michaela Bell from Canarsie, Brooklyn was living in a dirty and unsafe place with her two toddlers. Bell said she was placed there by the city.

After PIX11 News stepped in and an organization called Palante advocated for her family, Bell transferred to a beautiful and clean two-bedroom apartment in Harlem.

"Thanks to PIX11 and Palante, I have a new home and a new life," Bell said.

If you need help finding housing go to www.palanteharlem.org/

In Harlem, some families who live in the apartment building at 127 W. 135th St. said the rats moved in when they started having problems with their compactors.

After PIX11 News stepped in, families said they are finally getting some respect.

"There are so many rats, I have named them. Chucky, Ben, and Stuart. Thanks to PIX11 we are finally getting some respect," Mary Roundtree joked to PIX11 News.

Winn Residential, the management company of the building, sent PIX11 a statement saying they are on top of the infestation and will continue to help residents.

Dolores Smith, who is a breast cancer survivor, lives at the Wagner houses in Harlem and had a major roach infestation inside her apartment.

"When I cook, they come out of the ceiling and they say think it smells so good. I'm cooking for them now," said Smith.

"Thank you PIX11 News for helping me during the toughest time of my life," Smith said.

"This situation is unacceptable – all NYCHA residents deserve clean, safe homes and we are working with the resident to fix this problem as quickly as possible and will finish fumigating."