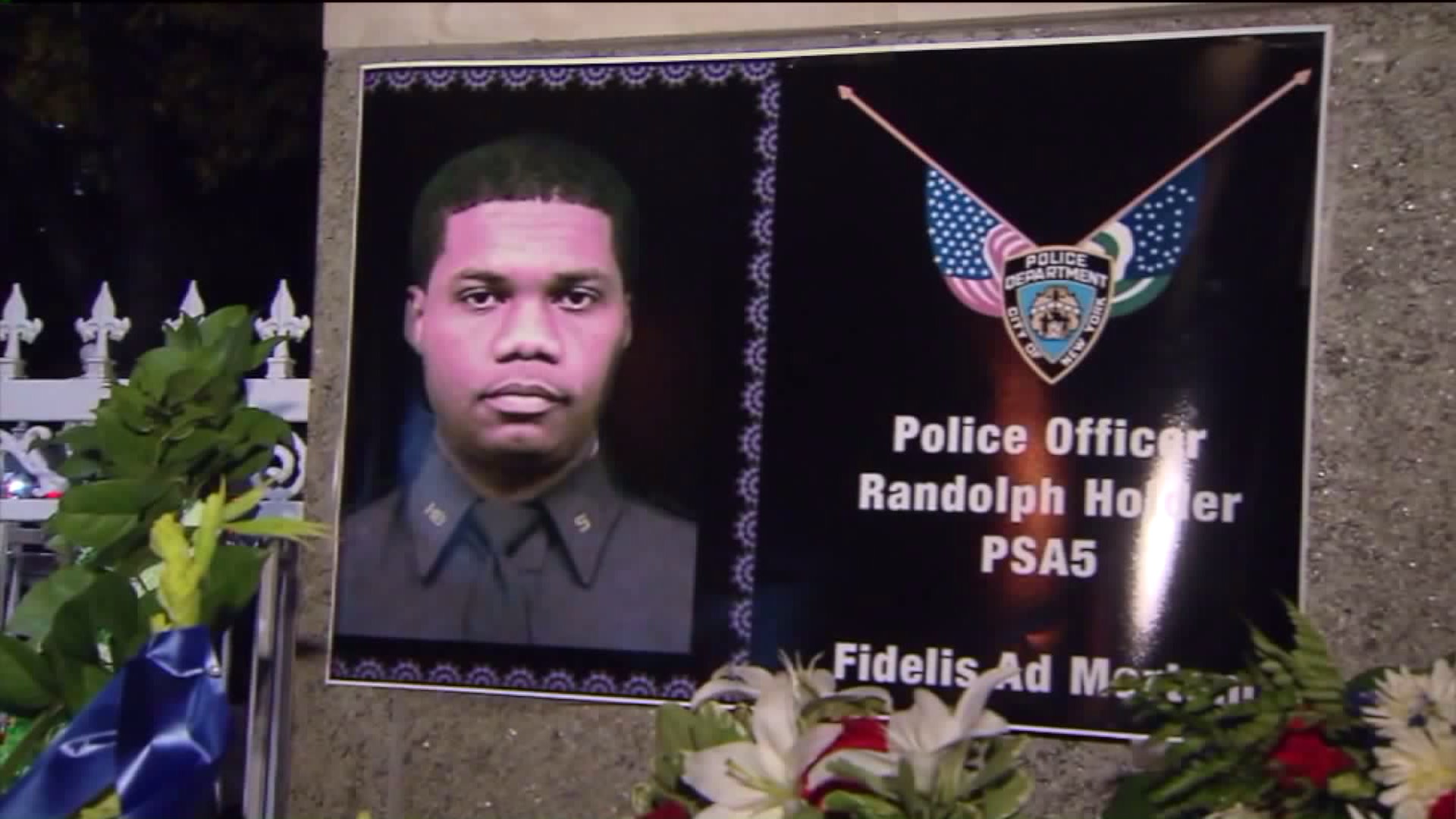 NEW YORK — It was an instant headline maker — it's been more than a year but to the officers involved it feels like yesterday.

While fellow officers rush to the scene, they hear gunshots.

Deputy Inspector Reymundo Mundo said, "that's when we heard the call, shots fired shots fired-Wallace came over and said his officer was shot, officer down and he stated, 'get help, hurry up my partner is shot.'"

Imagine what is going through the minds of all of the officers responding, to the scene.

Police office Michael Vega said, "this was just an uncomfortable feeling nothing I have ever heard before, I will ever forget because you hear the shots coming over the radio and you know this is for real we are in this."

At that point Vega and Mundo realize how serious it was. An officer had been shot and a suspect was on the loose.

Mundo was the commanding officer at the time at PSA 5, Det. Holder was one of his officers so with a heavy heart Mundo had to maintain a leveled head and push on.

Mundo spent months talking to his officers at the PCT to get them through grieving, he led everyone back out into the streets to protect and serve.

The Inspector wore two hats, one as counselor and one as someone who needed moral support himself.

The NYPD's Employee Relations Section or ERS worked to get Holder's family back to somewhat normal place and they help Mundo as well.

"It was tough, no training prepares you for it. you have to gather your thoughts and realize everyone is depending on you, they want to hear from you they want to know what is going to happen next."
the one think I knew how to do was to talk" Mundo said.