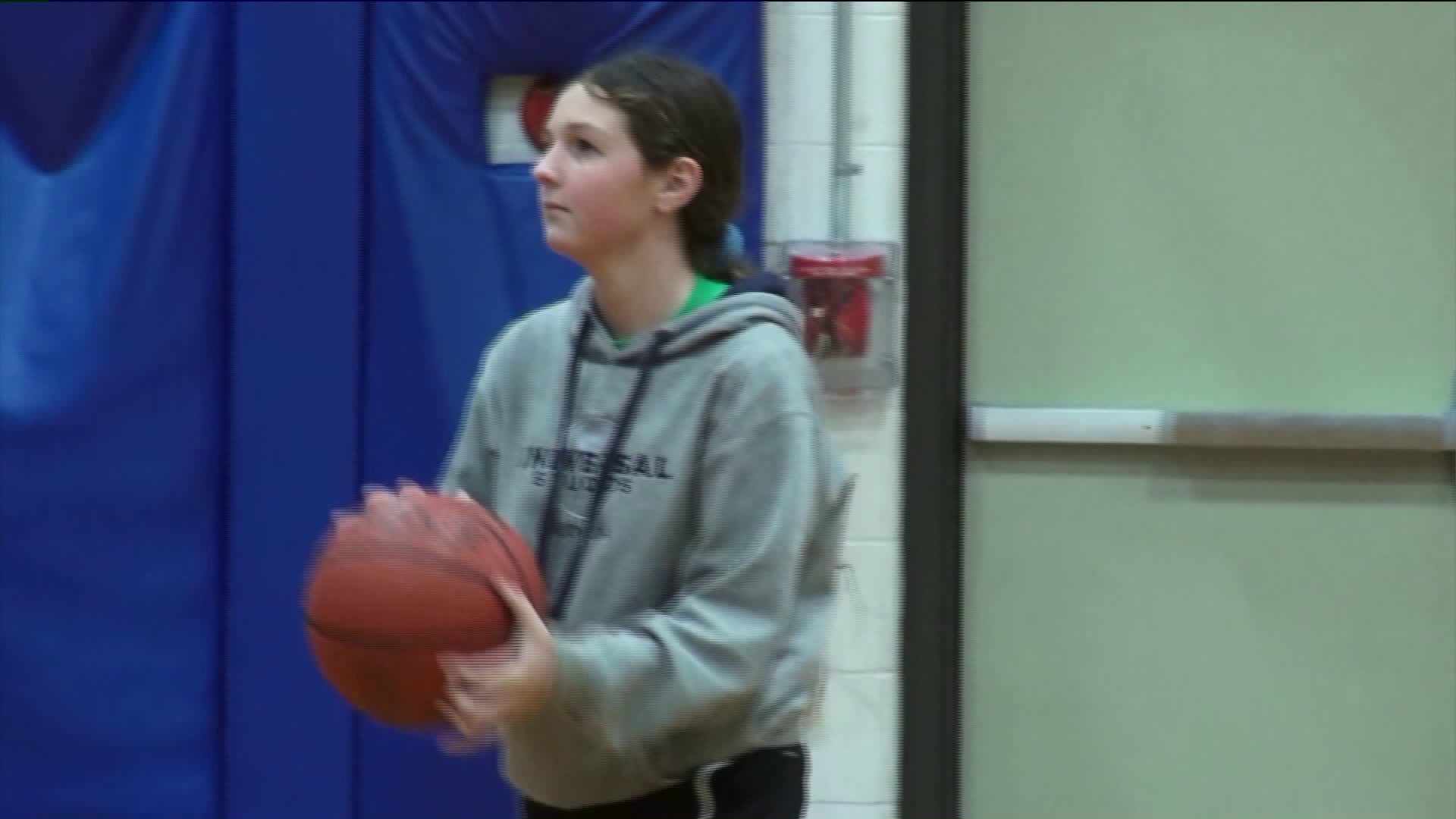 There were not enough girls to create their own team.

SCOTCH PLAINS, N.J. — Sydney Phillips and her family sued St. Theresa’s Catholic School in Kenilworth after the administration refused to let her play on the boys' team.

There were not enough girls to form a girls' team. Wednesday night, the 13-year-old was invited to play basketball with the WNBA's New York Liberty. While she was there, her father got an e-mail informing him that his two daughters were expelled.

"What kind of Catholic values is this? What about compassion?” said Scotch Plains resident Scott Phillips.

Bewildered and saddened, his girls spent the day at home. They family has filed an emergency appeal to try and get them reinstated as students.

“It's not like I kicked a teacher. It’s not like I cursed at the principal. All I did was say I want to play basketball and all of the sudden I’m expelled,” said Sydney.

Scott Phillips tried to take his girls to school anyway on Thursday morning. They were greeted by police and the deacon, who apparently told them that they were trespassing.

The Archdiocese did release a statement today that said all parents at St. Theresa School are required to agree in writing to a handbook.

They provided an excerpt of that handbook, which reads: “If a parent implicates St. Theresa School in a legal matter... the parent/guardian will be requested to remove their children immediately from the school.”

"I find it disgraceful that they’re bullying these two children."