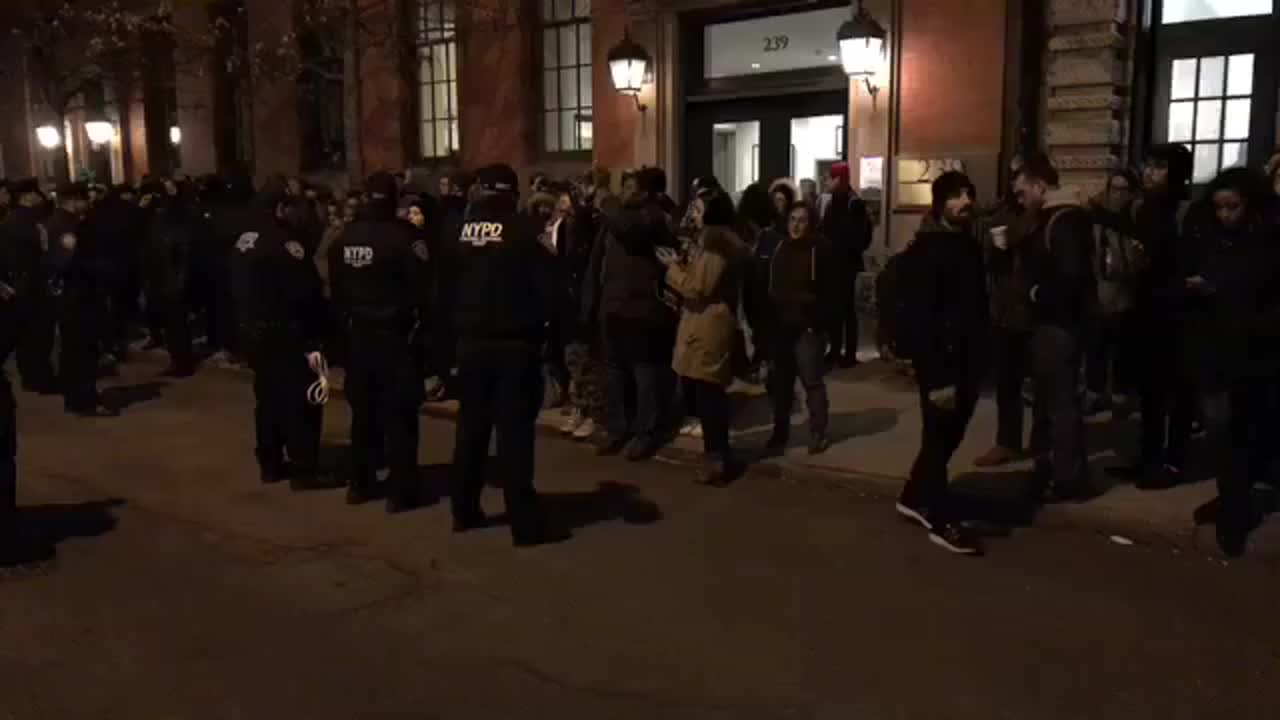 McInnes was invited to speak at NYU by the NYU College Republicans.

NEW YORK — Eleven people were arrested Thursday night after scuffling with police outside of an appearance by right-wing comedian Gavin McInnes at NYU, police sources say.

The co-founder of VICE was invited to speak on campus by the NYU College Republicans.

"Come to Kimmel, Rosenthal Pavilion to let NYU know that we will not stand for bigotry, racism, homophobia, transphobia, misogyny on our campus," the Facebook post read.

McInnes left VICE in 2006 and went on to pursue other projects.

In December, McInnes launched a group called the Proud Boys. According to their Twitter account, the Twitter account's description reads "Western chauvinist who refuses to apologize for creating the modern world."

A scuffle broke out in front of the building between protesters and police. Police sources say eight men and three women were arrested for charges ranging from criminal mischief, drug possession, disorderly conduct and obstructing government administration.

A photo uploaded to Twitter showed a "Make America Great Again" burning in front of the building.

They stole a #MAGA hat and now they're burning it... @Gavin_McInnes #Antifa #NYU pic.twitter.com/mhKnzQmY3F

Once McInnes was in the building, protesters followed and chanted as he tried to speak.

"Whose campus? Our campus," the protesters chanted.

Protests erupted Wednesday night at UC Berkeley in California ahead of a planned appearance by right-wing commentator Milo Yiannopoulos. Administrators ended up canceling the event two hours before the Breitbart editor's speech.

More than 1,500 people gathered on the UC Berkeley campus tearing down metal barriers, setting fires and damaging construction of a new building. No arrests were made during those protests.

If U.C. Berkeley does not allow free speech and practices violence on innocent people with a different point of view - NO FEDERAL FUNDS?