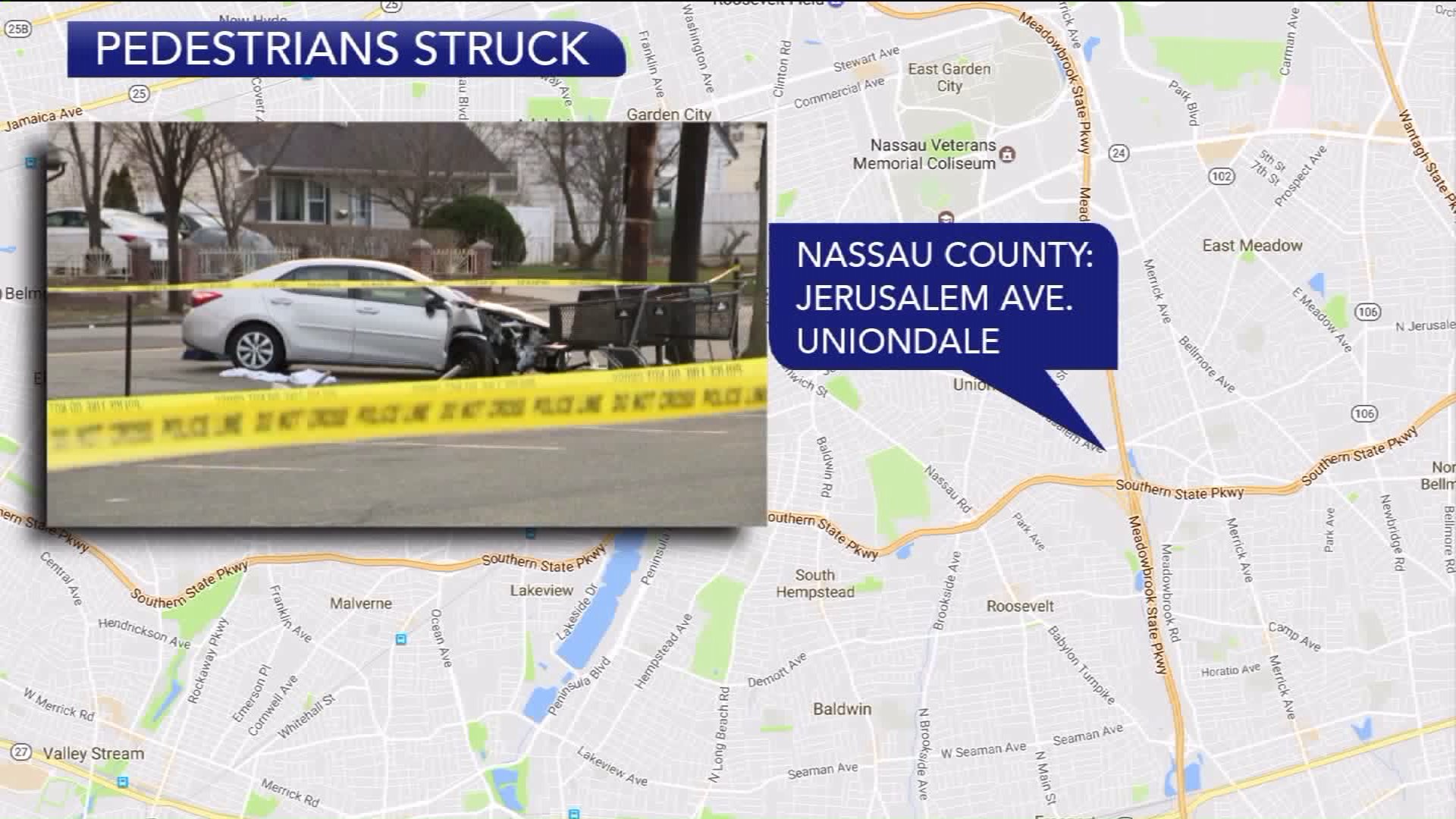 Three pedestrians were injured Thursday afternoon after being hit by a car.

UNIONDALE, N.Y. — Three people were injured after a driver allegedly lost control of her car, striking them in Uniondale Thursday afternoon.

The incident happened just before 3 p.m. at the intersection of Jerusalem Avenue and Northgate Drive in front of Walmart.

Officials say the driver lost control of her car, striking the pedestrians who were waiting at the bus stop.

Three pedestrians were taken to the hospital with injuries.

One pedestrian is in critical condition with a head injury. The other two victims are stable, sources at the scene tell PIX11.

The driver was also taken to the hospital. Her condition was not immediately clear.

No criminality is suspected at this time. No charges have been filed.