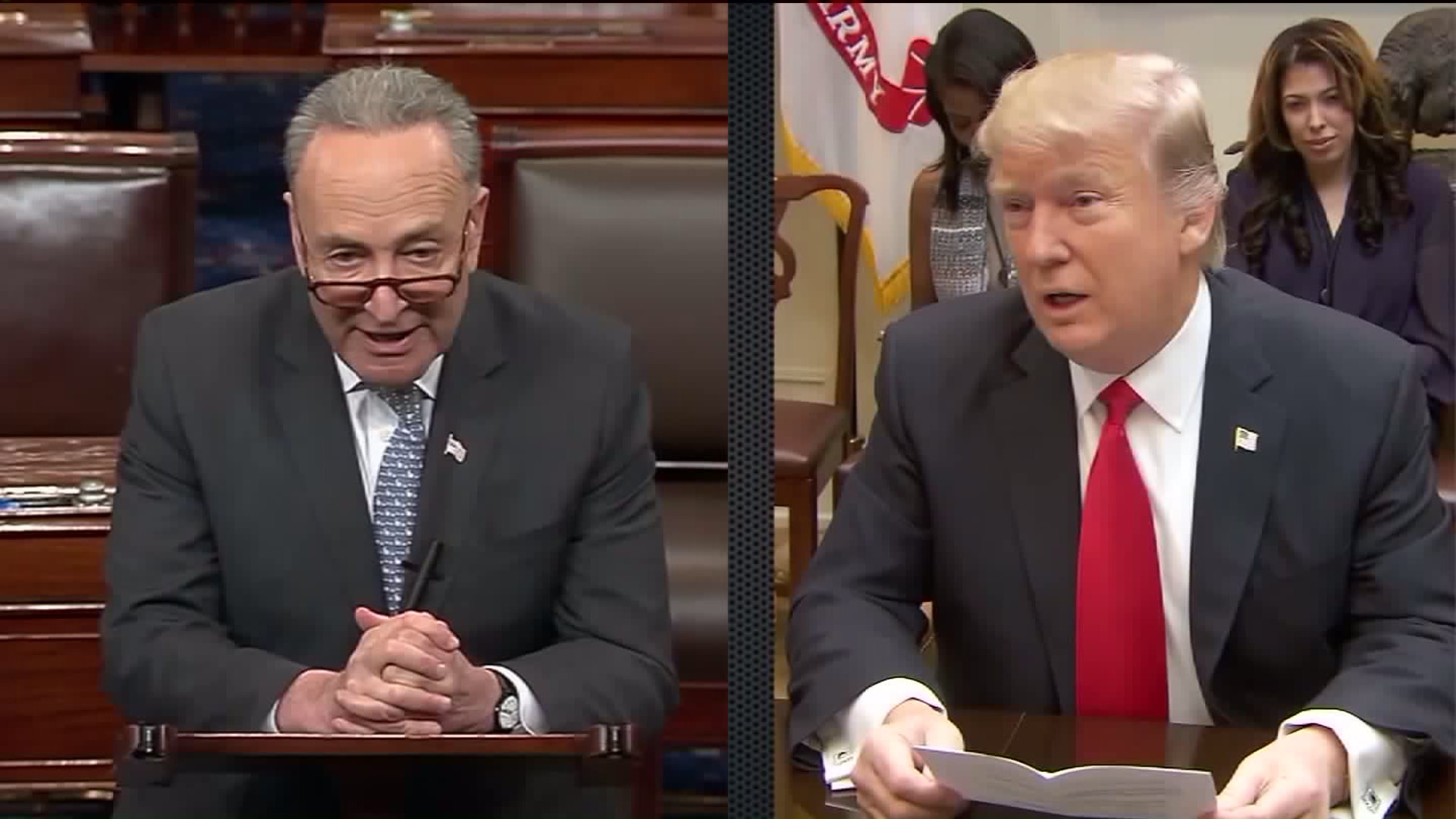 BROOKLYN — Protestors gathered in eight cities around the state to remind Senator Chuck Schumer once again to stay tough on President Donald Trump and to block his appointments as well as his anti-environment agendas.

The message from demonstrators like Donald Horne was "Tell him to not stop fighting, to keep fighting. If it takes the whole four years.

They blocked everything Obama did, let's block everything he does too."

This was Horne's first protest. He decided to get engaged with some of his colleagues who work in a nearby office building.

Although he was holding a sign with the words "resist" handwritten on a folder, Horne shared with me the one trait he feels President Trump can begin to practice that may perhaps make a significant difference for many, "If he can listen, we can be all fine, just hear some things, there wouldn't be that many people protesting everyday if he wasn't you know. I know he got a bunch of people he cater to but there is a bunch of people that need help to."

Help was indeed part of the theme at Thursday's demonstration. Protestors helping to remind Senator Schumer that he can help them by standing up for a base that is ready to take on the new administration in Washington D.C. for the next four years.

"I'm certainly not against Schumer of course, I think he just needs to be energized by us," said one mother with her three-year-old daughter on her shoulders.

However, is there is silver lining to the battle lines drawn between Democrats and President Trump in having the two party leaders calling New York City home?

Liam Gillespie believes saying, "I think in terms of communication, they are both New Yorkers, it might be a good thing."

Gillespie went on to add, "They have the city in common. Because it's New York City, I think the view might be a little more worldly."