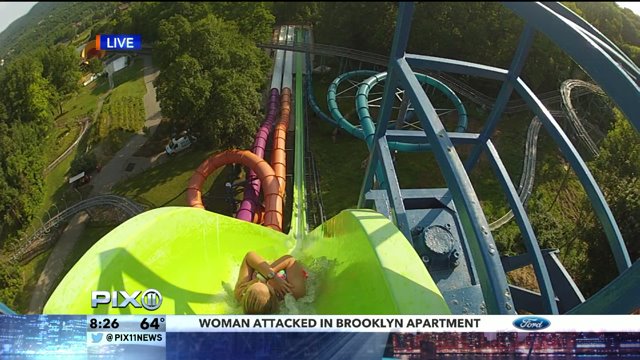 After being closed for nearly two decades, the legendary Action Park is back and open for the season.

Deadline reports that Paramount Pictures will begin production for "Action Park" in March.

The park was open from 1978 to 1996 at what is now the Mountain Creek Ski Resort in Vernon. The park was infamous for dangerous rides and lack of supervision, prompting the nickname Traction Park. Six people died at the park, which included three drownings in the Wave Pool.

The park's name was revived by Mountain Creek in 2014, but more injuries followed, and the name did not return for the summer of 2016.

A 2013 documentary about Action Park revived interest in the park.

"I went to Action Park as a kid (it had a) sense of danger and doom," documentary filmmaker Seth Porges told PIX11 in 2013. The documentary went viral on Mashable just a week after it was released.

"A lot of people can't believe a place like this existed for so long," said director Matt Robertson.

Knoxville, known for his roles in "Jackass" and "Bad Grandpa" said the film will be an "80s-type comedy" in the spirit of his previous films.

"It's about this park in New Jersey. It actually existed. I don't know if we'll call it this, but there was this park called Action Park and it was like as if us, instead of doing 'Jackass,' decided to open a theme park. It has that same spirit, like all the safety was left up to the people who walked in," Knoxville told Deadline in 2015.

Production of the film will begin in South Africa, and there's no word if any New Jersey locations will be used in the film.