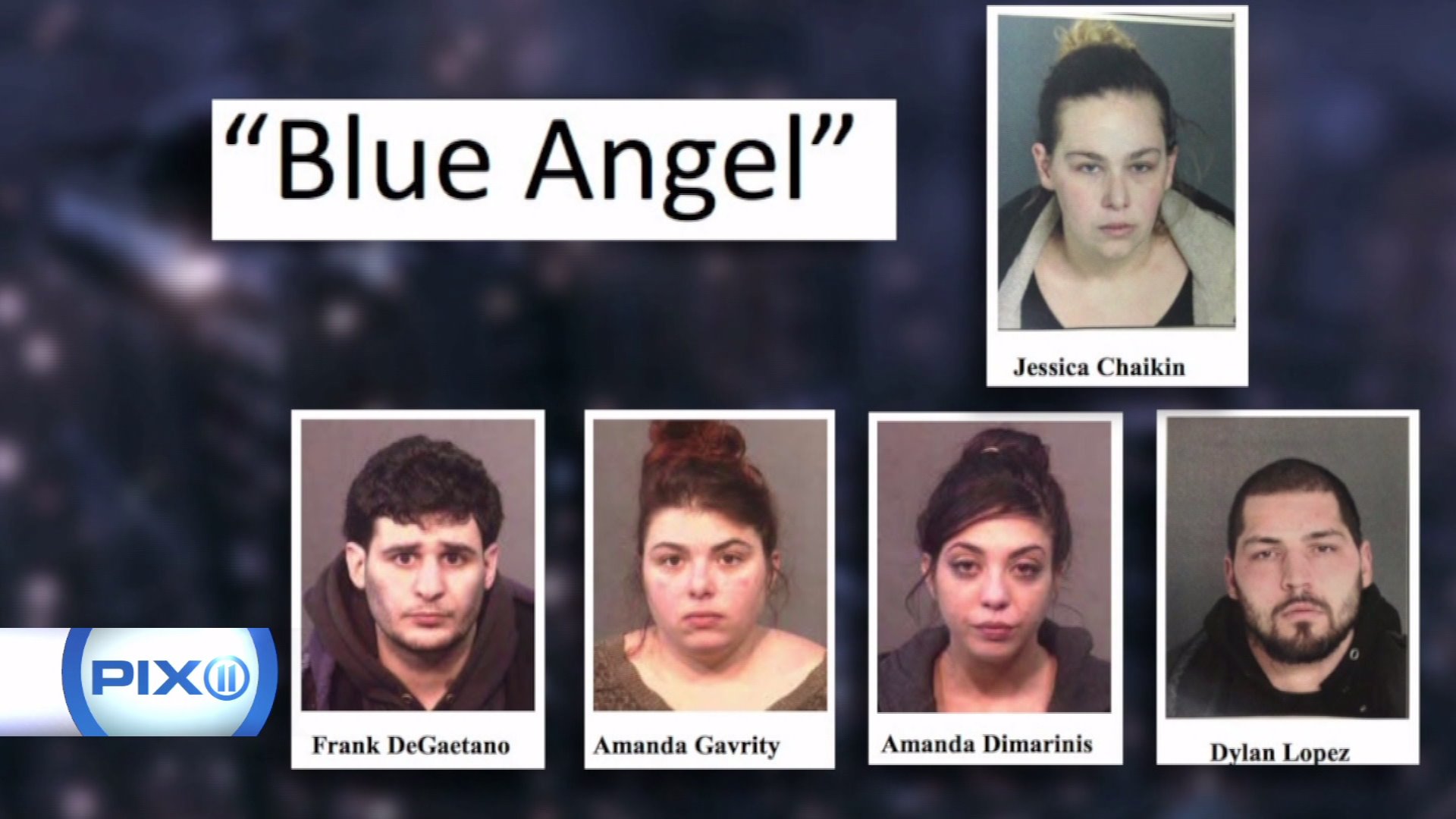 Five people, including a middle school worker, were arrested and charged in Staten Island in a heroin and fentanyl drug bust.

STATEN ISLAND — Five people, including a middle school worker, were arrested and charged on Staten Island in a heroin and fentanyl drug bust.

Amanda Dimarinis, a paraprofessional at I.S. 49 in Stapleton, is accused of selling fentanyl at the school during her lunch break, police said Tuesday night.

She, along with Jessica Chaikin, 28, an alleged drug supplier, Frank DeGaetano, 28, and Amanda Gavrity, 25, both alleged distributors, and Dylan Lopez, 27, an alleged dealer, were also arrested and charged.

Chaikin were supplying the drugs from Edison Township, New Jersey and taking it to Staten Island where it was being sold, police said.

About 400 glassiness of heroin, an unspecified amount of cocaine and $11,000 in cash were found at three Staten Island homes. Most of the heroin was found at DeGaetano's home, police said.

The five people were indicted on drug charges.