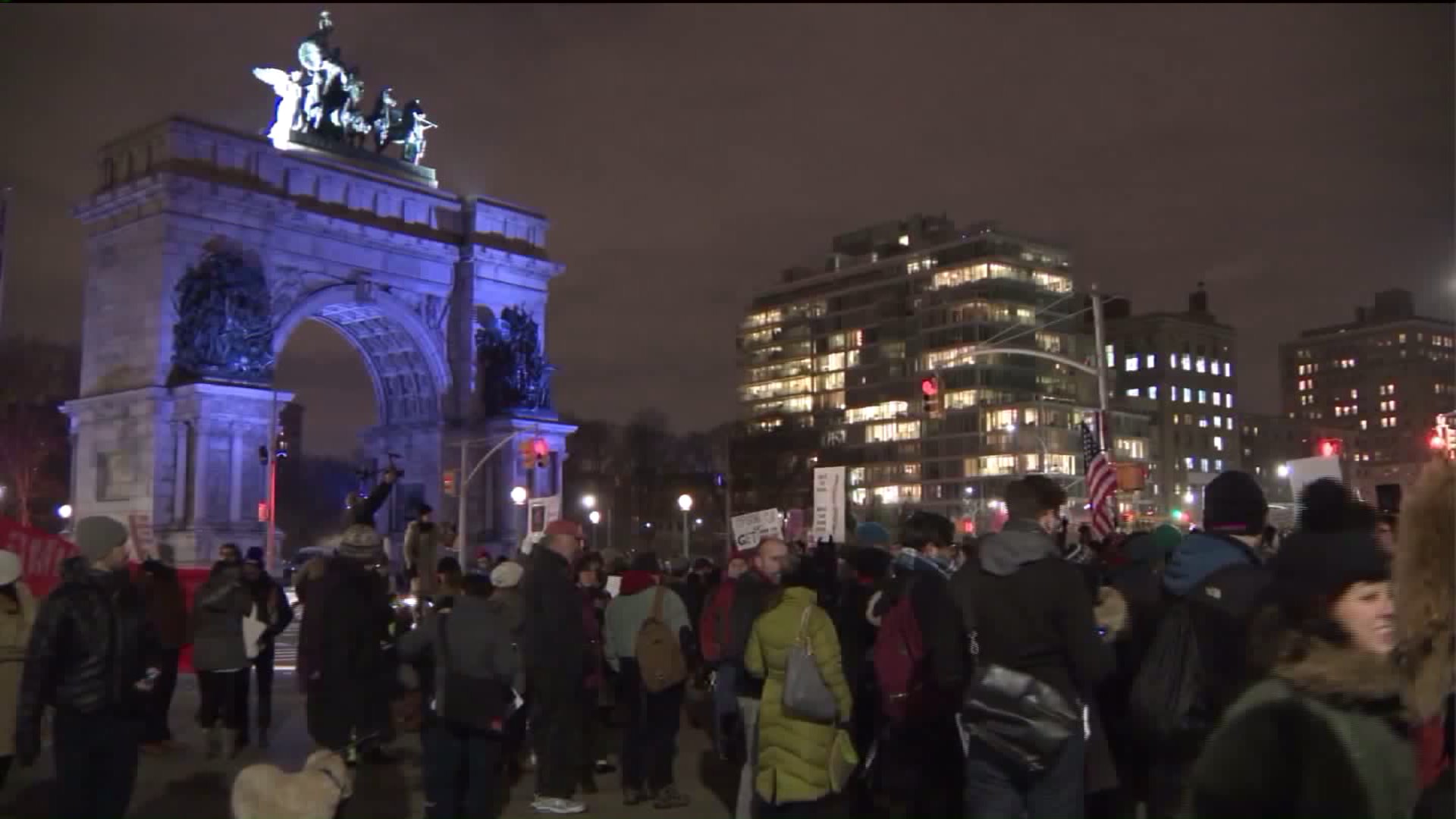 The protestors are calling for action from state leaders.

But there's a twist. It was really a staging area.

And this was more of an aggressive rally held with the intention of marching about a hundred yards in front of NY Senator Chuck Schumer's apartment in Park Slope.

"I'm Iranian-American," said Farhad Ebrahimi, a protester. "My uncle lives overseas. He's been coming here for cancer treatment. He can't come anymore because of the Muslim ban. And if we don't have Democrats like Chuck Schumer, standing up... stand up for us. "

The message is to urge Senator Schumer to stand strong against pressure to vote for President Trump's Cabinet and Supreme Court nominee, Neil Gorsuch - who was picked Tuesday night.

"I absolutely do... doing what we need to do," Jefferson said.

The chats can be heard saying "resist or resign!". You can expected this theme again and again as organizers plan to repeat these protests every week under the hashtag #ResistTrumpTuesdays.

The tone of the protests is not a cause for concern for organizers.

"I think we have to be antagonistic because its working," Nelini Stamp, organizer for the Working Families said. "We were at Schumer's office with 1,000 people and three hours later he said he was going to vote no on Devos [Trump's pick for Education Secretary]," Nelini Stamp, organizer for the Working Families. "Once he starts proactively be boxing for us, and be a champion that we need, we're still going to pressure him. And he's gotta listen to us."

"Name calling and things like that are what's led to these problems that we are seeing," Schumer said. "He doesn't take the presidency seriously enough."

NYPD said there were no arrests in Tuesday night's protest/