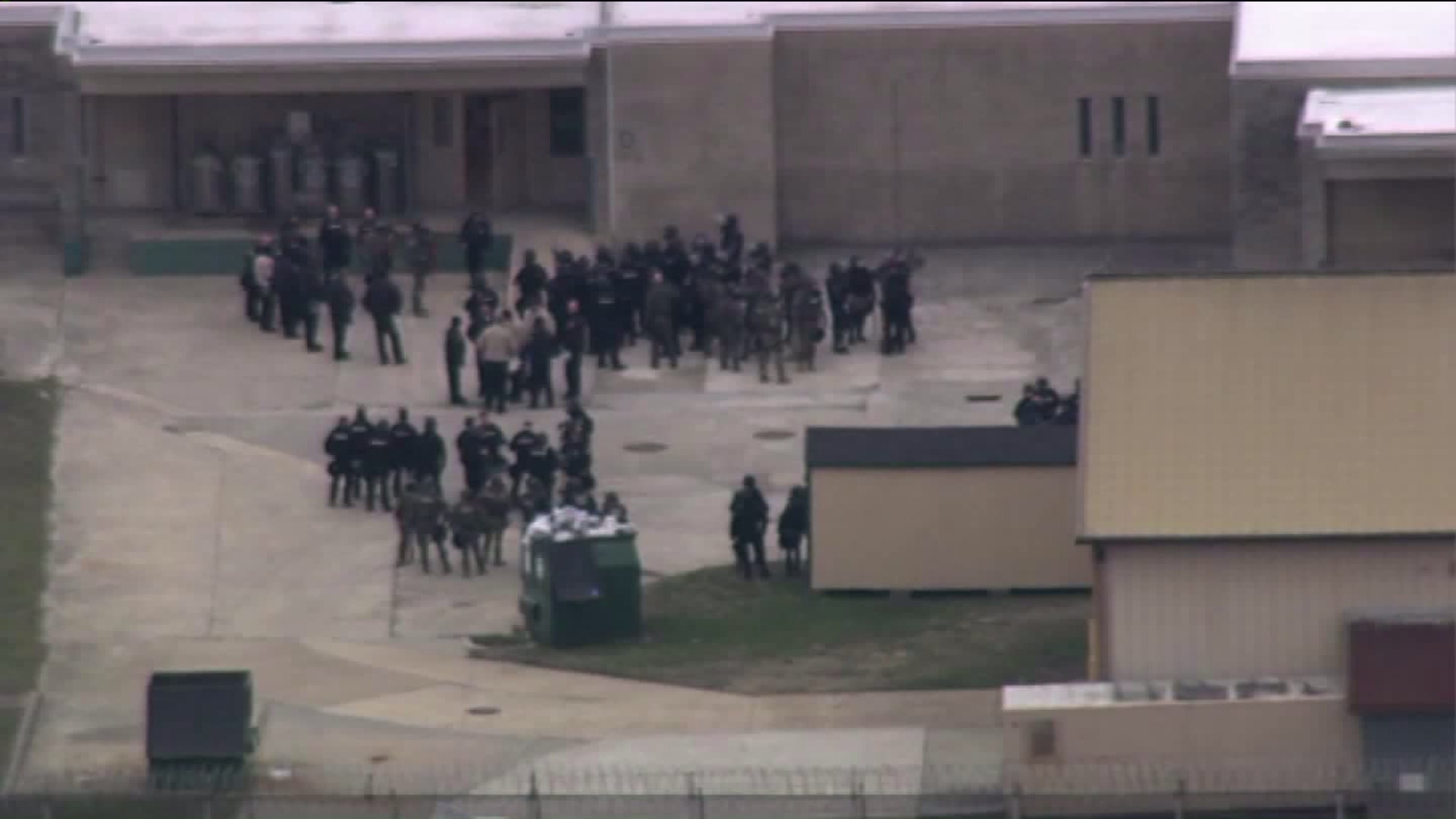 At least four guards and one counselor have been taken hostage by inmates.

Two other staff members from the James T. Vaughn Correctional Center in Smyrna were freed, according to Perry Phelps, the state corrections commissioner.

The incident unfolded shortly after 10:30 a.m. when a corrections officer radioed for assistance with a major disturbance involving staff in one building that housed more than 100 inmates, authorities said. Officers responded and four corrections employees were taken hostage.

The facility was quickly put on lockdown, authorities said.

"It's been a long and difficult day," Gov. John Carney said.

State Department of Safety and Homeland Security Secretary Robert Coupe said authorities later learned that one staff member believed to have been a hostage, who had been assigned to work in that area where the incident took place, was in another part of the building.

One corrections officer was released about 2:30 p.m. and the second officer was let go shortly before 8 p.m., Coupe said.

State Police spokesman Sgt. Richard Bratz said the first employee who was released was taken to a hospital with non-life threatening injuries. The second officer was still being medically evaluated, Coupe said.

Shortly before 8 p.m., a chopper with CNN-affiliate WPVI showed footage of a second hostage being wheeled out on a stretcher.

"We are doing everything we can to ensure the safety of everyone involved and using all of our available resources," Bratz said about four hours into the standoff.

Authorities said 27 inmates who were in the building where the hostage situation took place were let go and are back in custody. They couldn't say whether the inmates had been held against their will.

Coupe said he couldn't speculate on a motive. He didn't say whether demands were made, but noted that negotiations were ongoing.

Authorities had used a radio to communicate with the inmates.

Coupe said the inmates had access to television and could be watching the news conference. When asked what his message is to inmates. Coupe said: "We would like to tell them that we want to resolve this peacefully."

Geoff Klopp, president of the Correctional Officers Association of Delaware, said officers are praying for their members.

The correctional facility is about 90 miles east of Washington.

Opened in 1971, it houses about 2,500 minimum-, medium- and maximum-security inmates, including death row inmates.