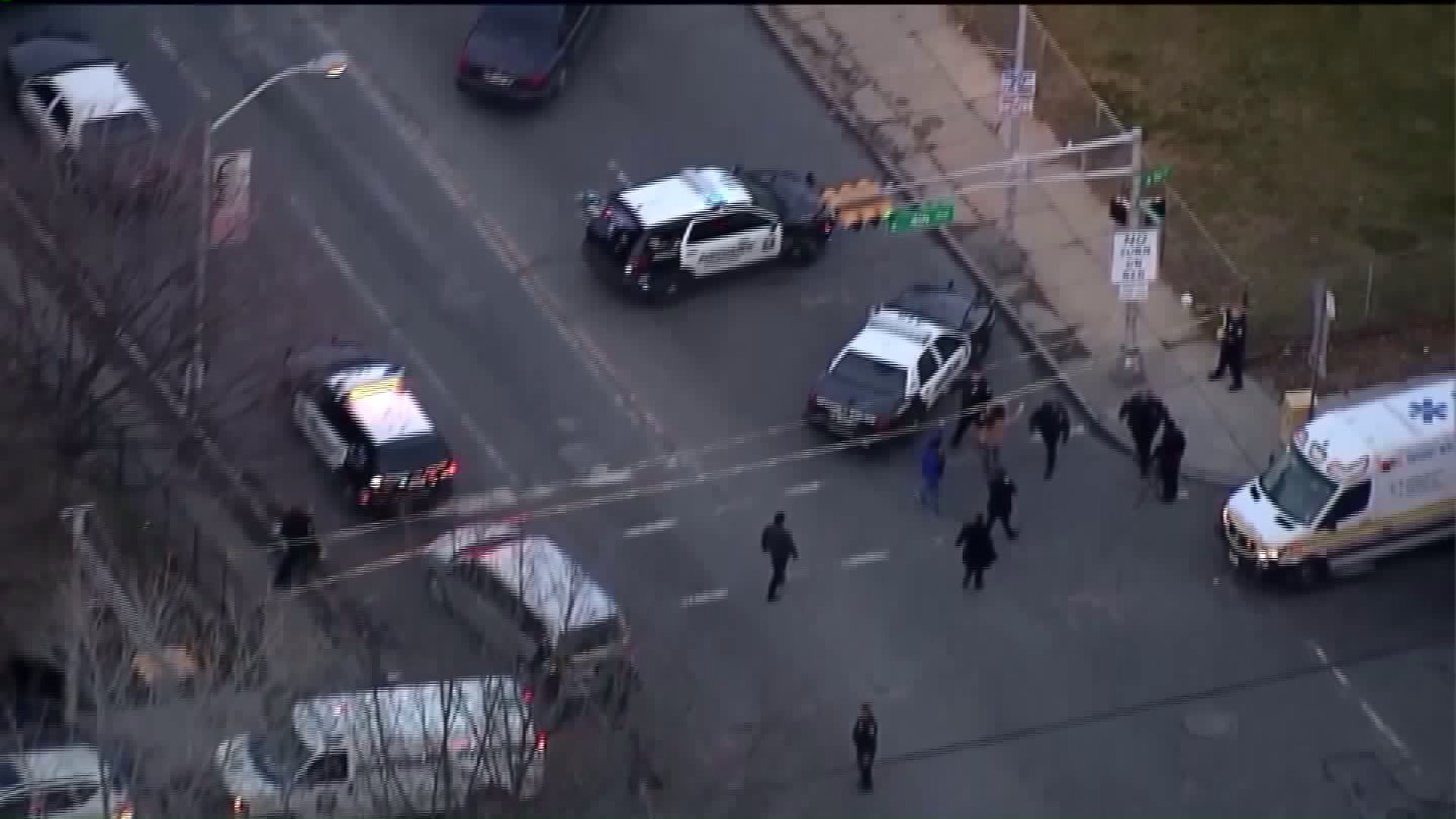 The initial shooting happened at Bloomfield Avenue and Garside Street.

The shooting happened at Bloomfield Avenue and Garside Street around 4:45 p.m.

Police arrived on the scene and fired shots at the suspects, but no one was struck. The suspects then fled the area.

The Essex County Prosecutor's Office has confirmed they are investigating the incident.

The victim's identity has not yet been released.