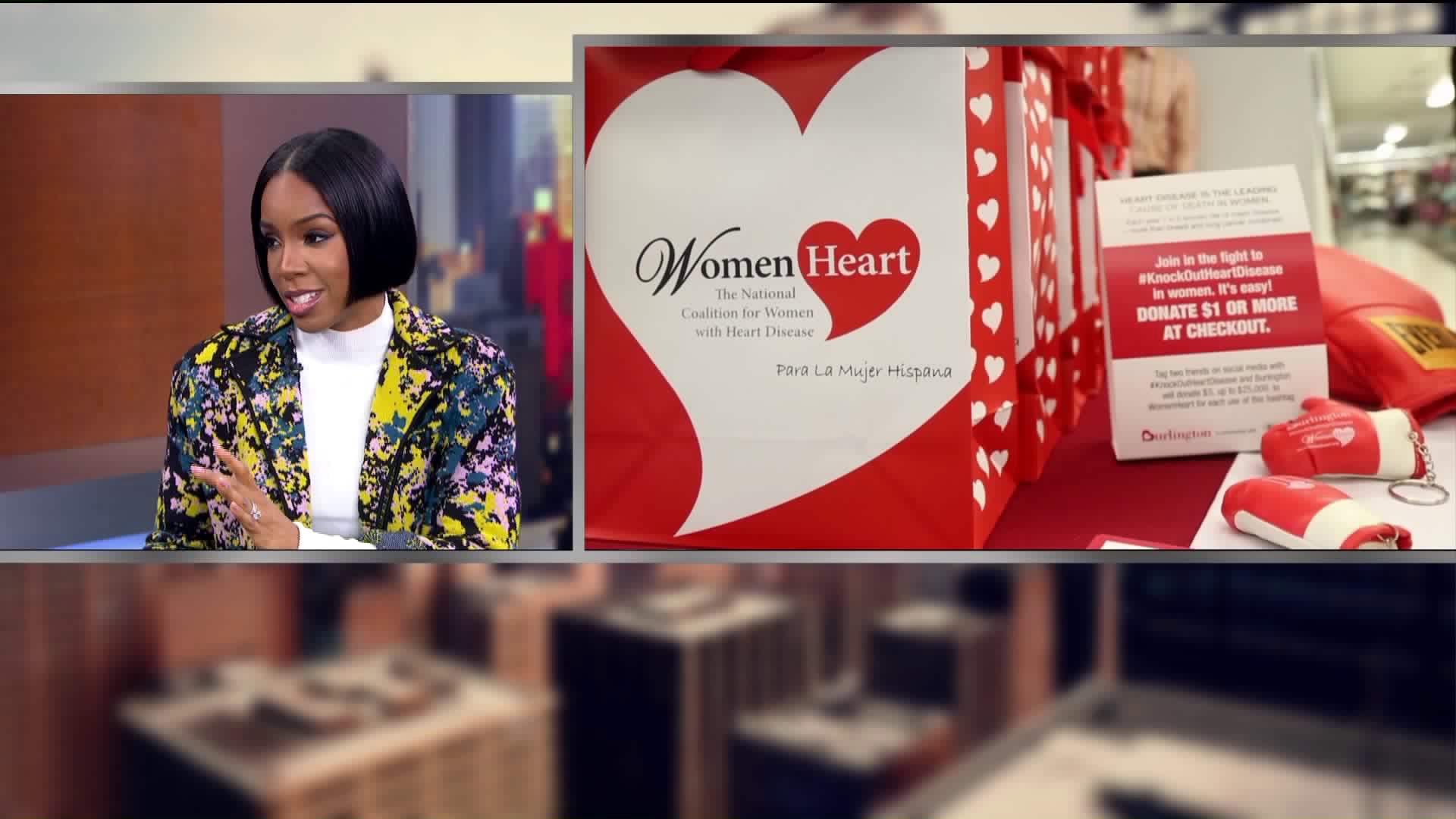 Entertainer Kelly Rowland has made it her mission to take on the No. 1 killer of women in the U.S. — heart disease.

The former Destiny Child’s member has teamed up with WomenHeart: The National Coalition for Women with Heart Disease and Burlington Stores to launch the Knock Out Heart Disease Campaign to raise awareness about the importance of women’s heart health.

The campaign hits close to home for Rowland, who recently revealed she lost her mother to heart disease.

The campaign, lasting from February through March 31, encourages customers to donate to Womenheart in support of their efforts to support women living with heart disease. Additionally, select store locations will also be hosting free heart health screening events throughout the campaign.

Rowland is also writing a book on motherhood titled "Whoa, baby!: A Guide For New Moms Who Feel Overwhelmed and Freaked Out (And Wonder What The #*@& Just Happened)." It's slated to be released later this year.