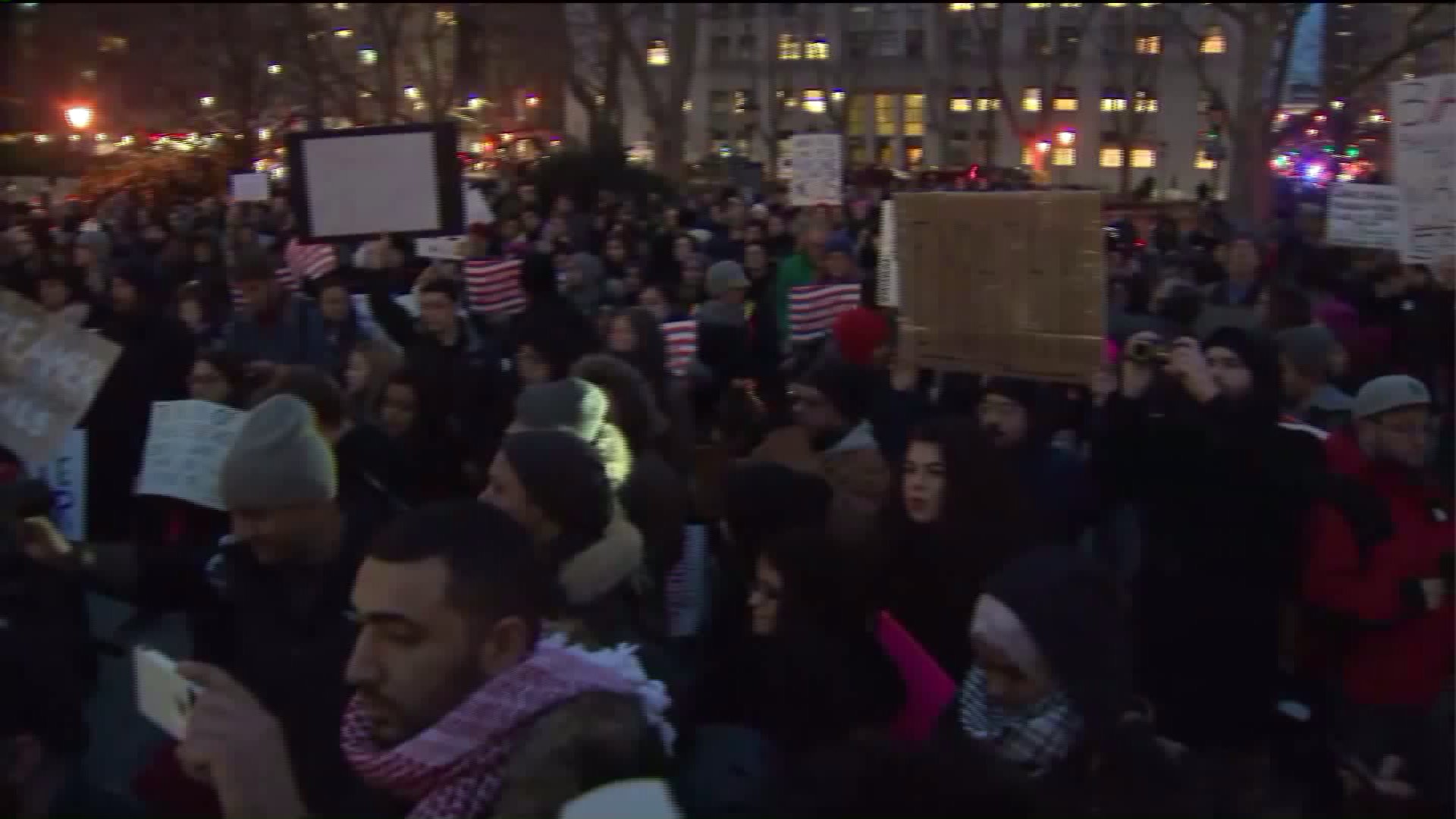 They chanted `no ban, no wall.`

NEW YORK — New York City is in the midst of one of the longest stretches of daily protests.

Protesters marched from Foley Square to the federal immigration offices in lower Manhattan Wednesday in the latest demonstration against President Donald Trump.

It focused on President Trump’s executive order on immigration, which effectively temporarily bans all Muslims from seven Muslim-majority countries.

“A lot of people are saying they will pray for refugees so that they can have safe passage. But what is that really doing? You’re not making a difference, if you go out and make a difference, that’s doing more for the refugees than just staying home and praying,” said protester Jennifer Willis.

Organized by a 17-year-old, the Foley Square protest drew more than 1,000 people.

“Yeah for sure, i feel like i had to be politicized at a very young age. Um, every since post 9/11, but definitely since this um, insurgency of hatred, and insurgency of just extreme traumatic policies that are being passed right now,” said Hebh Jamal.

The ongoing question coming out of these rallies is if they will help create change.

President Trump continues to either downplay, or brush off criticism over his order.

The president tweeted Wednesday morning: “Everybody is arguing whether or not it is a ban. Call it what you want, it is about keeping bad people (with bad intentions) out of country!”