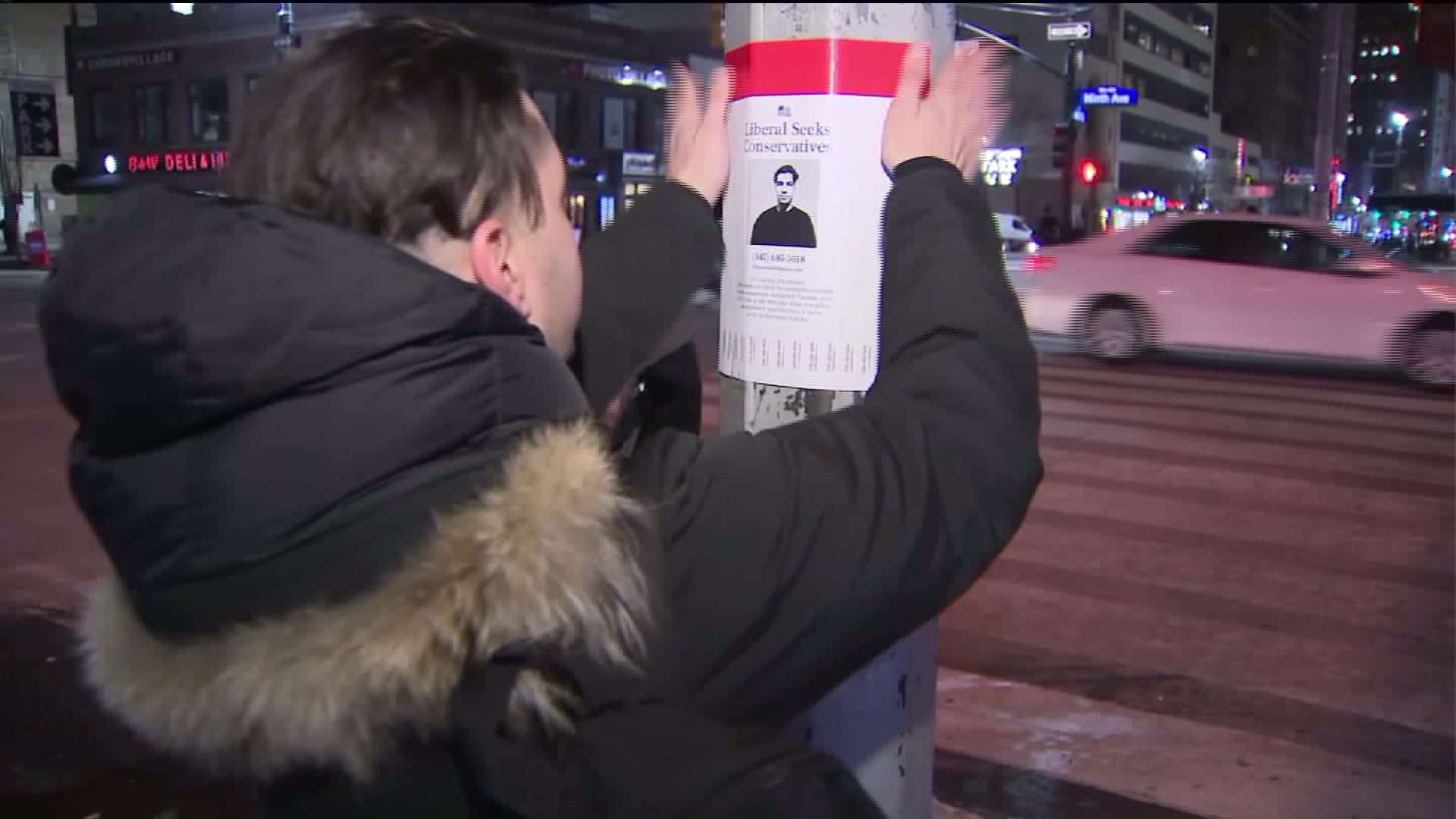 The Brooklyn resident says he wants to have an open and civil dialogue with someone who feels differently than he does about President Trump.

NEW YORK — A liberal is seeking conservatives to discuss politics without fights or protests.

Alex Reinoso posted fliers across Manhattan this week seeking fellow New Yorkers on the other side of the political aisle.

"I wanted to something very local and very lo-fi," Reinoso said.

The fliers have his cell number and email address and state, "Hi, I'm Alex. I'm a liberal. All my friends are liberal. My newsfeed is one-sided. Are you a conservative dealing with the same issue? If so I'd like to talk. We'll take things slow at first and see where it goes from there. If you're in NY the first round is on me."

The 33-year-old Brooklyn resident said he wants an open and civil dialogue with someone who feels a lot different than he does about President Donald Trump and politics.

"Right now, I feel like everyday there is a new issue to talk about. Especially after the first week we've had," Reinoso said.

"I've been getting a lot calls from both sides, from liberals and from conservatives. And they just really want to chat with me."

And while he has gotten some hate messages, Reinoso said almost everyone else is sincere.

One New Yorker stopped Reinoso on 34th Street near a sign and said he liked the the idea.

"It's really nice to see that and step outside of our bubble and go to the uncomfortable side," Shikher Sitoke said.

Reinoso said the first beer is on him, if a meeting is in person. He is also posting on Craigslist in red states. He wants to open up a cross-country online dialogue as well.