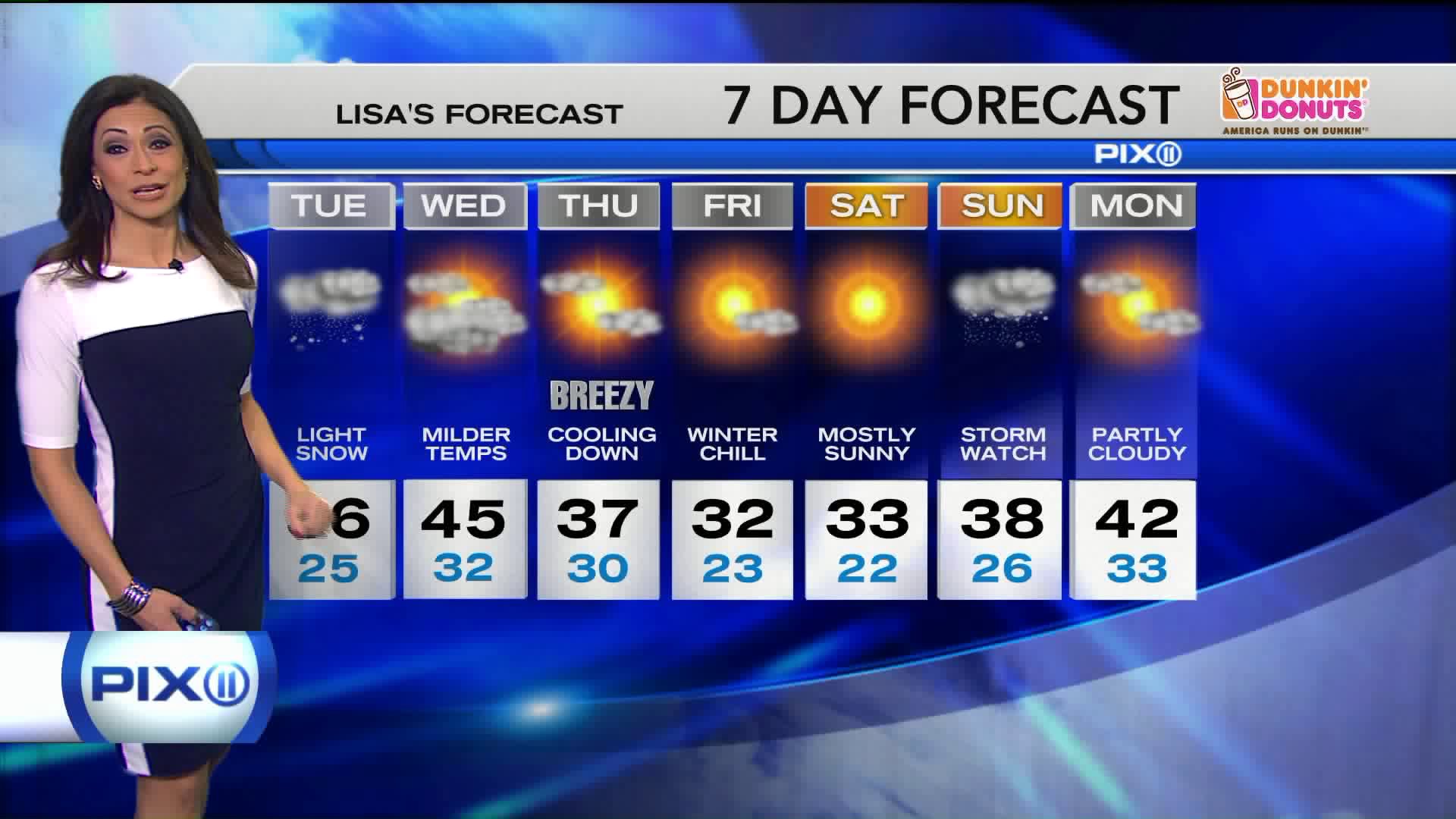 Lisa Mateo says you can expect 1 to 2 inches of snow for northeastern NJ, NYC and Long Island and 2 to 4 inches for Connecticut.

NEW YORK — Snow moved in to the tri-state on Tuesday, prompting a winter weather advisory to be issued for the norther suburbs and parts of northeast New Jersey.

The advisory remains in effect until 6 p.m. and applies to Passaic, Bergen, Orange, Putnam, Rockland and northern Westchester counties, according to the National Weather Service. Counties in Connecticut -- New Haven, Middlesex and New London -- are under that advisory until midnight, the agency said.

In the lower Hudson Valley and northeast New Jersey, snow accumulations of 1 to 3 inches are expected with temperatures in the mid 20s, the NWS said. The snow will continue to fall through the early evening hours.

Accumulations will be greater in southern Connecticut, reaching 2 to 4 inches before the snow moves out. Temperatures in those areas will be about 30 degrees.

Drivers are urged to use extra caution and slow down, as roads could be slippery and visibility limited by the squalls.

As of noon on Tuesday, no weather alerts had been issued for the five boroughs. Snow squalls were swirling in midtown at that time but the flakes were not sticking to the ground.