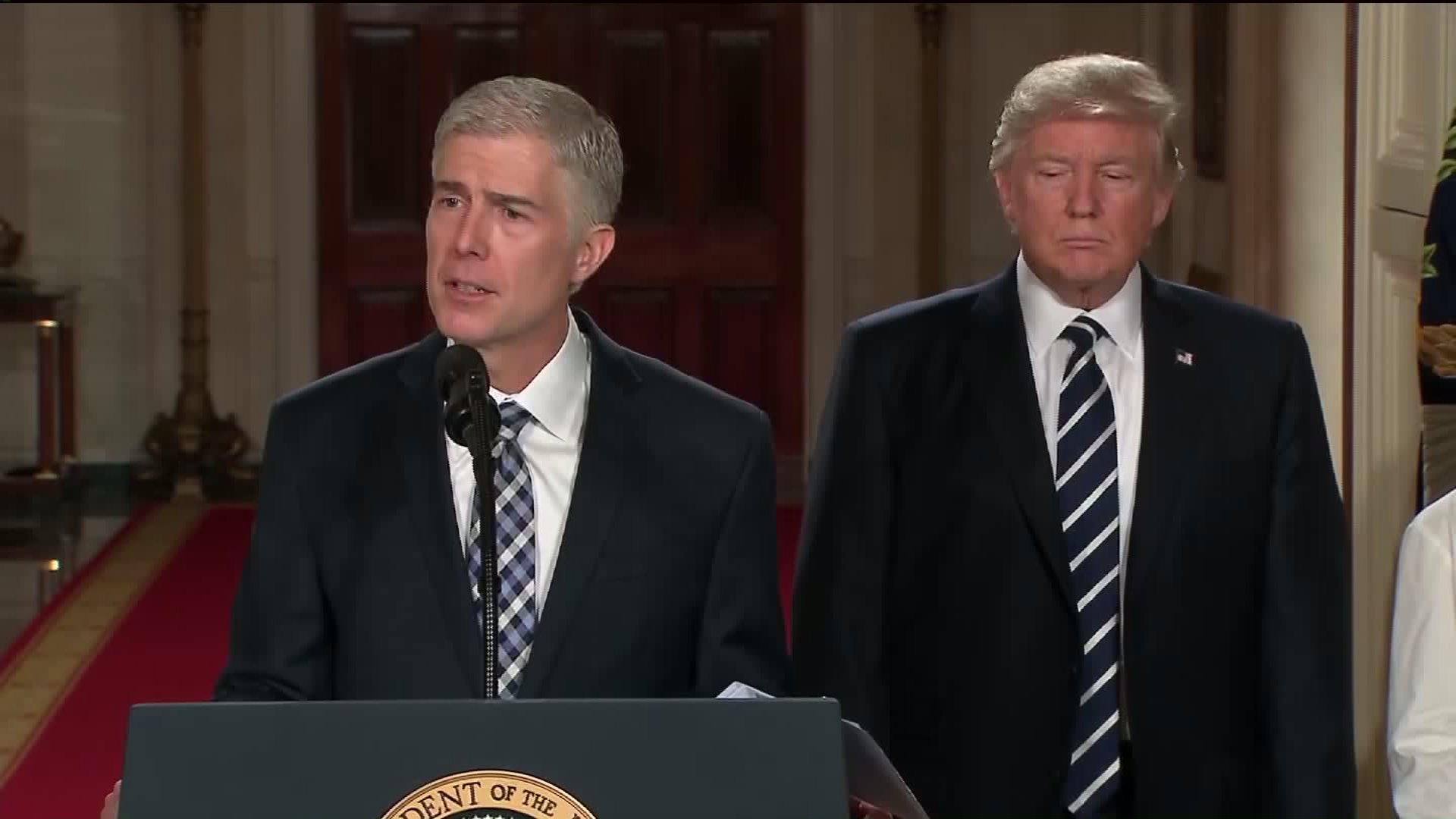 Gorsuch, at age 49, is the youngest judge to be nominated to the Supreme Court in 25 years.

The son of Anne Gorsuch Burford, the former head of the Environmental Protection Agency under President Reagan who was held in contempt of Congress and resigned under intense criticism, Judge Gorsuch was nominated to the federal bench in May 2006 after serving in the Bush-era Justice Department for two years.

Gorsuch’s legal record is sparser than Hardiman’s or Pryor’s, but what does exist closely mirrors Scalia’s legal thinking. An admirer of the late justice, he fondly regarded him as a “lion of the law.”

He has written decisions that are critical of government regulations and in favor of religious freedom, and in 2013 sided with Hobby Lobby and other businesses and organizations religiously opposed to Affordable Care Act requirements mandating that employers provide contraception in their health insurance plans.

The Supreme Court upheld that decision the following year.

Gorsuch is considered by conservatives to be pro-life. In 2006, he authored a book which criticized the legal arguments for assisted suicide and euthanasia.

His arguments were “based on the idea that all human beings are intrinsically valuable and the intentional taking of human life by private persons is always wrong,” a view that closely mirrors the position held by the religious right.

He is a graduate of Harvard Law School.

Unlike others on Trump’s list, Gorsuch has an Ivy League pedigree, having attended Columbia and Harvard, and also studied at Oxford, where he earned a doctorate in legal philosophy.

Gorsuch is a fourth generation Coloradan and a former clerk to both Justices Byron White and Anthony Kennedy.

On the bench he joined an opinion siding with closely held corporations who believed that the so called contraceptive mandate of Obamacare violated their religious beliefs. The ruling was later upheld by the Supreme Court. Gorsuch wrote separately holding that the mandate infringed upon the owners’ religious beliefs “requiring them to lend what their religion teaches to be an impermissible degree of assistance to the commission of what their religion teaches to be a moral wrong.”

He also wrote a majority opinion in a separation of powers case holding that too much deference was given to administrative agencies. This issue is a favorite of conservatives and Gorsuch’s beliefs align with those of Scalia and Justice Clarence Thomas.

Gorsuch, in a speech last year at Case Western Reserve University School of law, aligned himself with Scalia’s judicial philosophy.

“The great project of Justice Scalia’s career was to remind us of the differences between judges and legislators. To remind us that legislators may appeal to their own moral convictions and to claims about social utility to reshape the law as they think it should be in the future, ” he said. “But that judges should do none of these things in a democratic society.”

When Obama nominated Garland to take Scalia’s seat last year, liberals hoped that they would get a liberal majority that would swing the court left on key issues such as abortion, campaign finance and voting rights.

But Senate Republicans refused to hold hearings, citing the impending election which was still eight months away.

Democrats have said they would fight the new nominee “tooth and nail” putting not only his or her credentials to the test, but holding Republicans responsible for what liberals say is a “stolen seat.”

After Trump’s unexpected win, conservatives rejoiced, expecting the new president to nominate someone to the bench in the mold of Scalia. They also hope that with three justices on the Supreme Court in their late 70s and early 80s, Trump might have at least one more vacancy to fill.

If, for example, Justice Anthony Kennedy were to step down, the conservatives might be able to chip away at Roe v. Wade, the landmark opinion that legalized abortion.

Gorsuch’s confirmation would mean a return to Washington.

He spent part of his youth in Washington when his mother, Anne Gorsuch Burford, served in the Reagan administration as administrator of the Environmental Protection Agency.

She resigned in 1983 under controversy after refusing to turn over toxic waste records to Congress.

He served as a partner at a prestigious Washington Law firm, Kellogg, Huber as well as Principal Deputy Associate Attorney General.

Gorsuch and his wife Louise have two daughters. They live in Boulder, Colorado.