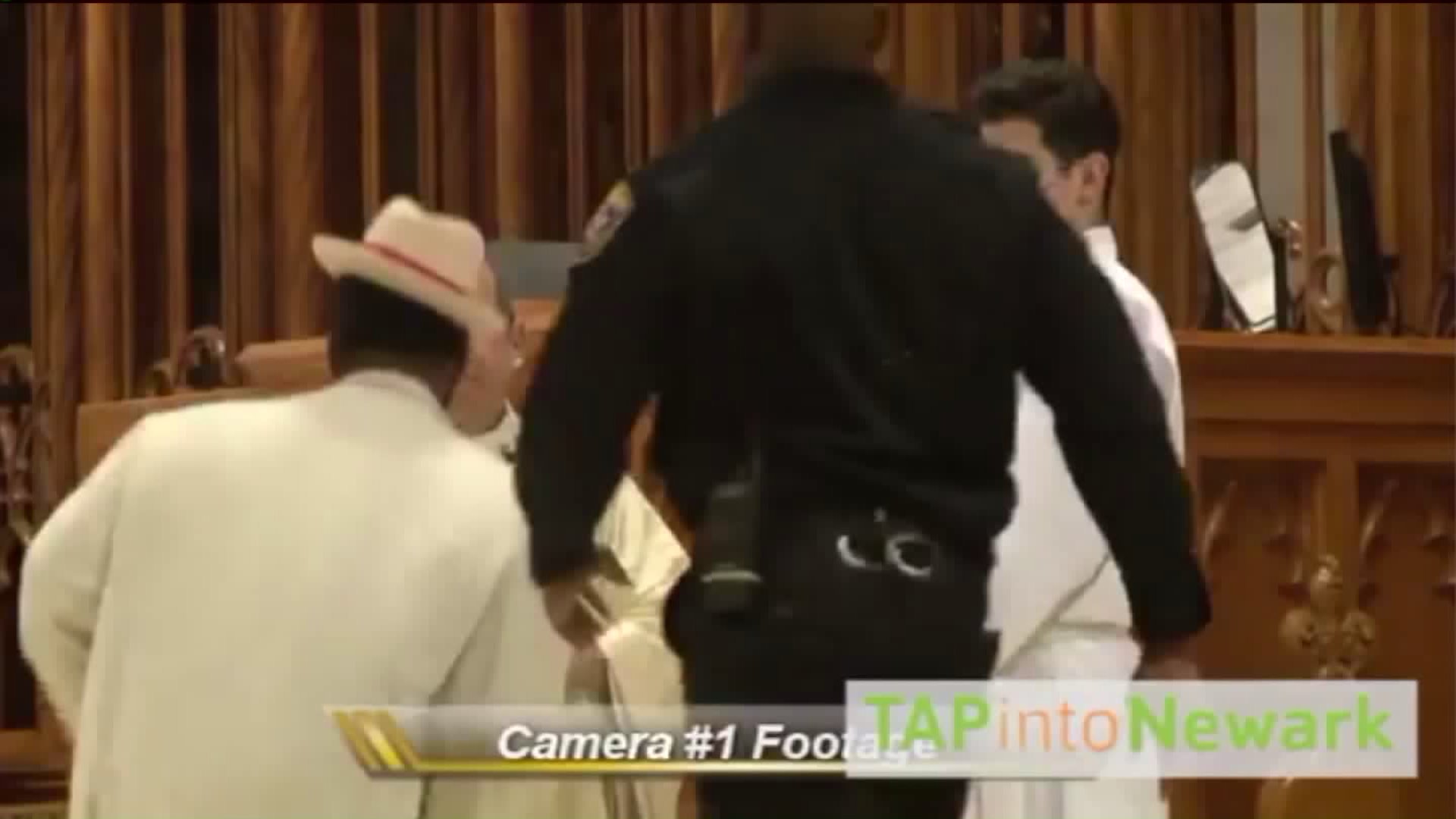 The incident happened at Cathedral Basilica of the Sacred Heart in Newark.

Warning: This video contains graphic content that may be disturbing to some.

NEWARK, N.J. — A man accused of punching an auxiliary bishop during a weekend Mass in New Jersey has pleaded not guilty to assault.

Charles Miller entered the plea during a brief court appearance Tuesday. He identified himself as a reverend and said the bible should be considered evidence.

Essex County authorities say the 48-year-old Newark resident punched the Rev. Manuel Cruz in the mouth Saturday at Cathedral Basilica of the Sacred Heart in Newark. The incident occurred during a service honoring the late baseball Hall of Famer Roberto Clemente.

Authorities say Miller got up from a pew, went to the altar and punched Cruz, knocking him down. The bishop needed several stitches at a hospital for a mouth injury.

A motive for the attack remains under investigation,

Cruz told his congregation he is doing well.