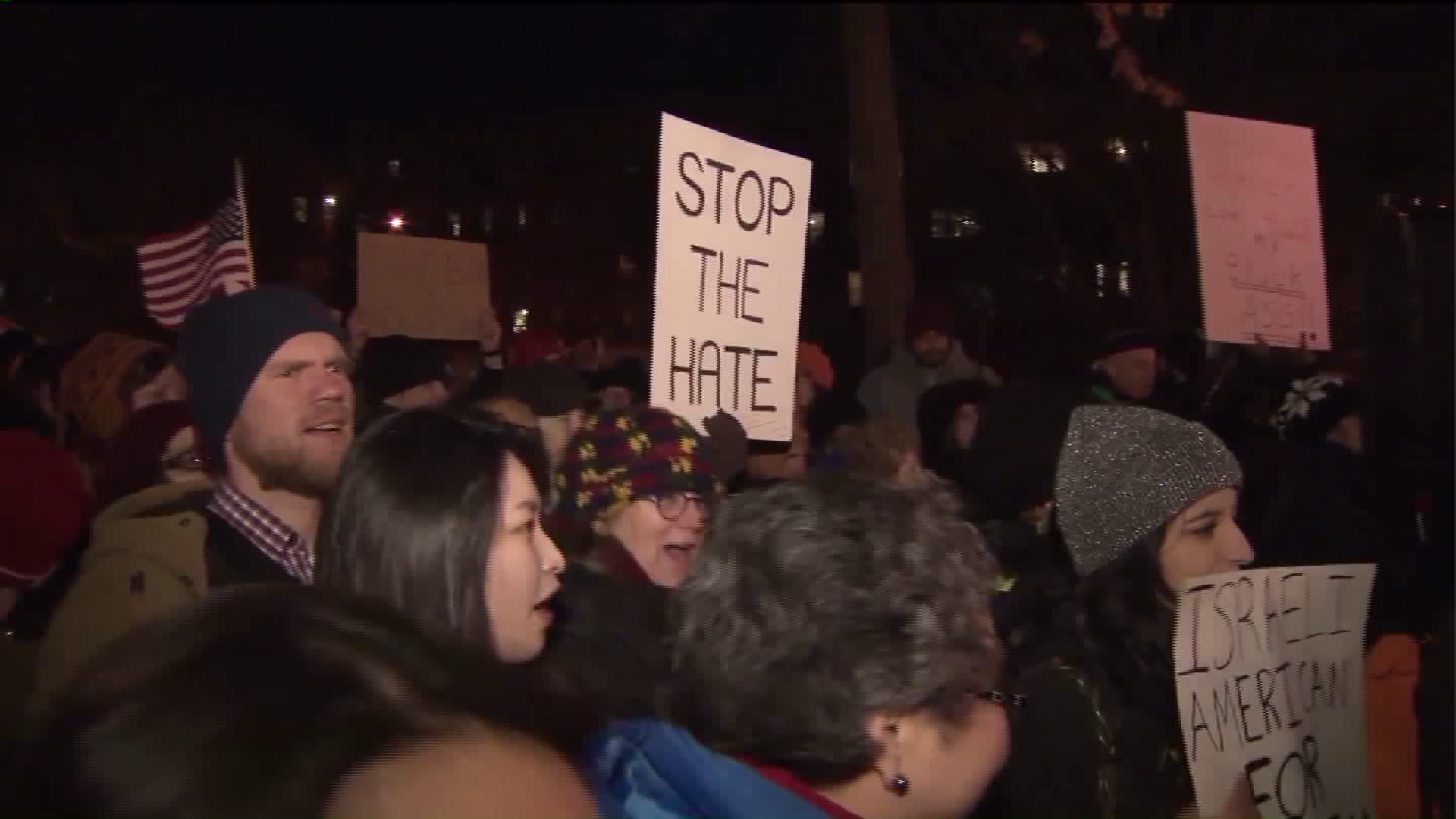 EAST VILLAGE, Manhattan – While it was politically convenient for elected officials to show up in Tompkins Square Park Monday night and encourage residents out for an anti-Trump protest to go vote, it was also a realization for the people that they will only have their voice heard, according to them, in the voting booth.

It didn't take long for more protests to begin on the Trump administration's second week on Manhattan's Lower East Side. It turned political as local candidates, who are either running for office or laying the groundwork for reelection, were leading a crowd of a few hundred residents in a rally calling for equal human rights and a protest against President Donald Trump.

"We want to set this country right," said Lower East Side resident Pete Ansel. "Put it on the right track and he's going to understand that immigrants are OK in this country."

It was not all political. Several community leaders and residents took their turns at the mic to continue what has been a running theme at least in New York of Donald Trump's utterly brief tenure as President.

"I don't know if he's really going to listen to the people protesting but that's why were looking into legal action and getting our elected officials involved," Queens resident Julia Sterling said.

But it is also important to note that while New York City remains feverishly opposed to President Trump's executive order on immigration, there tens of millions of people across the country who voted him into office and presumably support his policies.

A sampling of CNN viewer voicemails tells part of the story.

"Americans first. And me and my whole family support him, and we are Hispanic and Mexican and Native American, and we support Donald Trump 100 percent." - Daniela, New Mexico.

"My background is not Muslim, but it's Cuban... I am glad that Donald Trump is doing what he's doing." - Robert, Texas.

Support for an immigration ban is real so is the Trump administration's clear attempt to downplay the degree and depth of disagreement among millions of Americans who have been protesting every day since he took office.

"We are here to support each other," Lower East Side resident Michele Handelman said. "Hopefully mobilize for the 2018 races."

Protests are traditionally held with the expectation that they will one day affect change. There's a sense that in covering these protests day after day, these people don't believe they'll change Trump's mind about his policies but they are out to remind him there's a loud opposition.