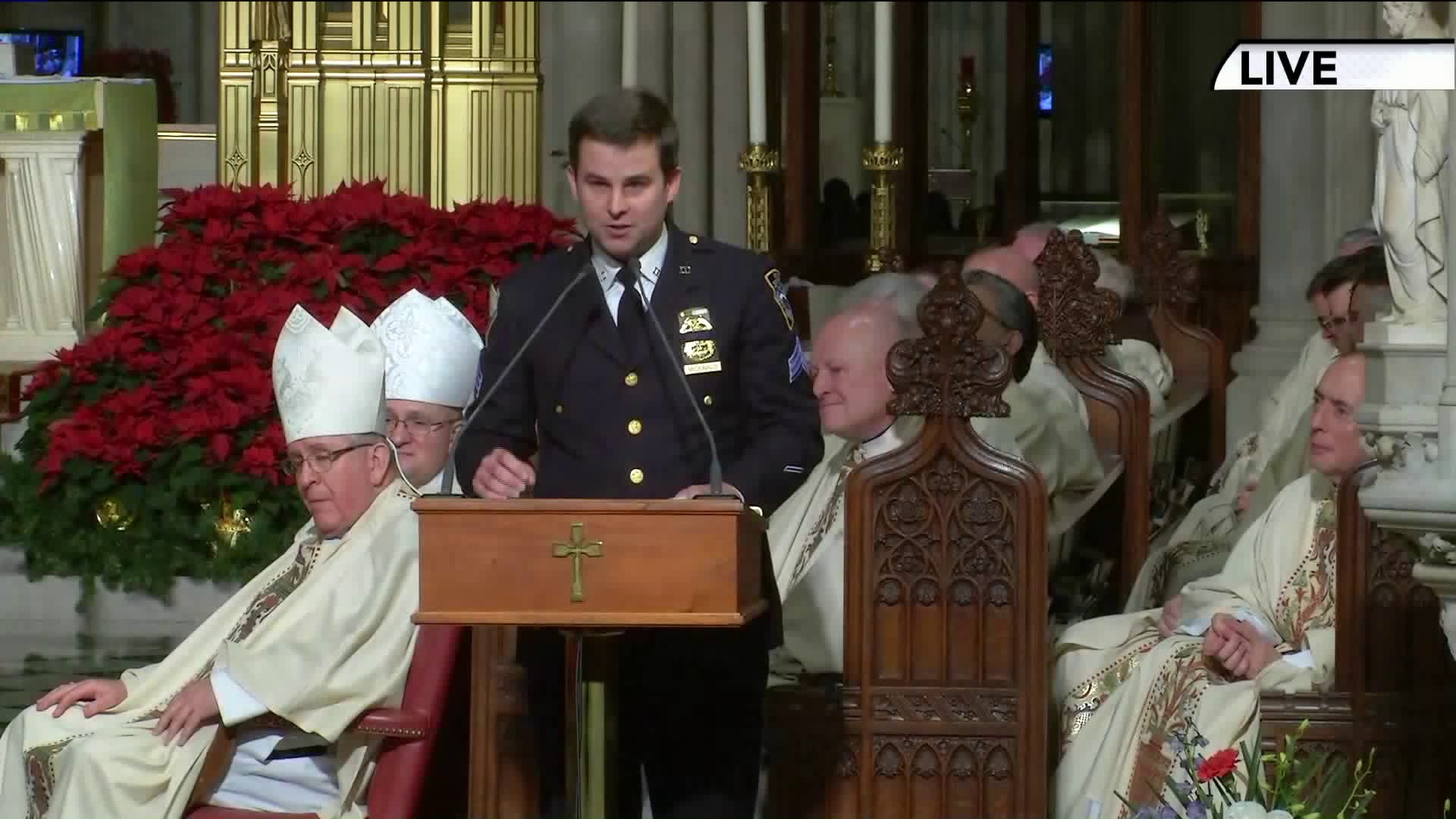 Det. Steven McDonald was a "real superman" to many, including his only son, who offered a heartfelt eulogy to a real-life hero at his Friday funeral.

NEW YORK — The NYPD is calling the death of NYPD Det. Steven McDonald, who was paralyzed on the job 30 years ago, a homicide.

Police released the eulogy read by Police Commissioner James O’Neill at McDonald’s funeral on Tuesday. Attached to the eulogy was a statement saying that the shooting was deemed a homicide on Jan. 16.

McDonald, 59, died on Jan. 10 after having a heart attack four days earlier.

The first-grade detective was paralyzed from the neck down in 1986 after he was shot by a teen bicycle thief in Central Park. He was one of the best-known NYPD officers of the past three decades.

In the early days after his catastrophic injury, it wasn’t certain he would survive days, much less years. Breathing with the help of a respirator and using a wheelchair, he had remained on active duty with the department, often traveling from precinct to precinct to address young cops.

The shooter, Shavod Jones, was killed in a motorcycle crash in 1995 just three days after he was released from prison.