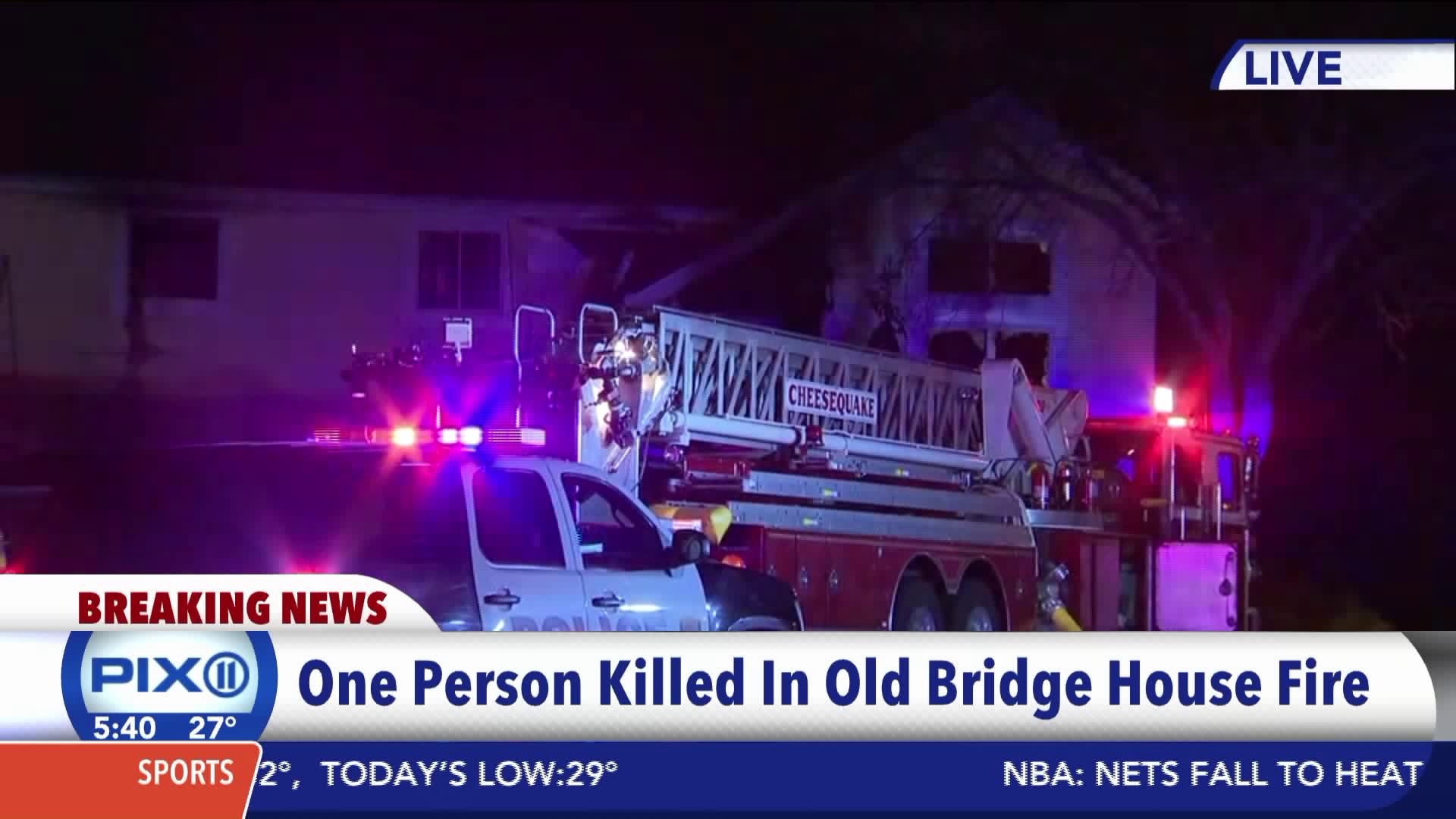 Firefighters are combing through the remains of an Old Bridge home, where at least one person is dead and another is injured due to an overnight blaze.

OLD BRIDGE, N.J. – One man is dead and another is injured after an early morning blaze consumed a house in Old Bridge.

A man, approximately 65-years-old, was killed in the fire, fire officials said. His 90-year-old father Frank, a World War II veteran, survived the blaze by hanging out of his bedroom window. He was saved by a volunteer firefighter who used a truck ladder as he was hanging from the second floor of the burning home.

The victim was transported to an area hospital and being treated for burns and smoke inhalation.

The fire started at 12 Judy Court around Tuesday 1 a.m. and it was placed under control hours later.

Neighbors acted fast and called 911 after they heard Frank calling for help out of the window. They attempted a rescue through the garage but were pushed back by the flames, and a fire extinguisher from someone's home wasn't effective, a neighbor said.

They were able to grab a ladder and help volunteer firefighters retrieve Frank from the window. Firefighters pulled Frank's son from the home and he was unresponsive.

Neighbors said they admired Frank for still getting out and driving every day and remaining active.