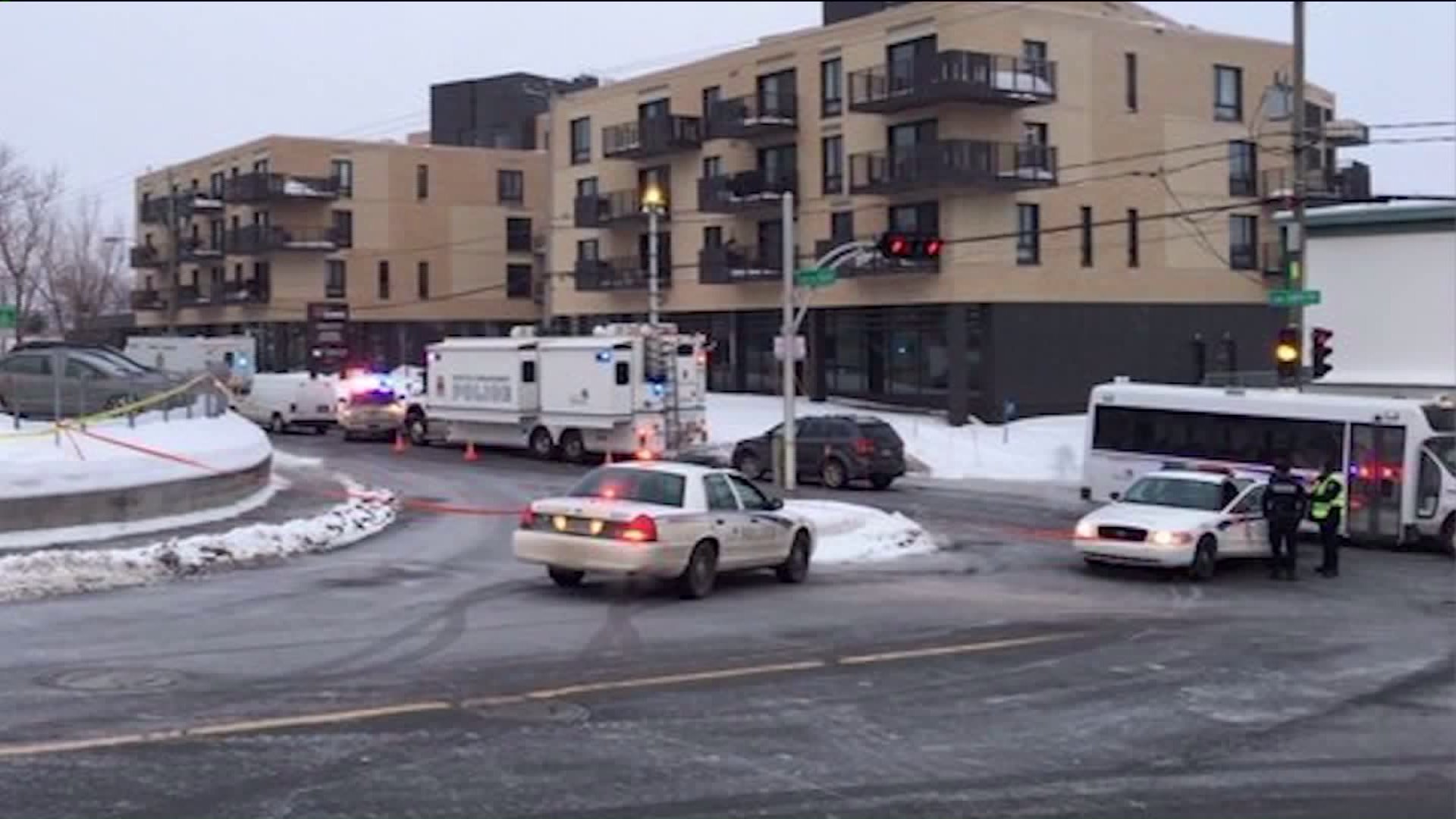 QUEBEC CITY — Quebec authorities have released the names of the six people killed in a shooting attack at a mosque.

Bissonnette also has been charged with five counts of attempted murder in the shooting at a mosque late Sunday.

Iran is condemning the deadly shooting at a Quebec mosque, calling it "inhumane and criminal."

State media quotes Franian Foreign Ministry spokesman Bahram Ghasemi as saying the attack shows that "terrorism is not confined to one region or a few countries."

Shiite-majority Iran is helping Iraq and Syria battle the Islamic State, a Sunni extremist group. But Iran has also provided aid to groups that Western nations consider terrorist organizations, like the Lebanese Hezbollah and the Palestinian Hamas.

The mayor of Paris says that the lights on the Eiffel Tower will be switched off at midnight to honor the victims of the attack on a Canadian mosque in which six people died.

In a tweet Monday, Anne Hidalgo says the action would send a "fraternal message to everyone in Quebec and in Canada."

The lights on the iconic Paris monument will be turned off from midnight.

Trudeau's office says Trump expressed his condolences to Trudeau and the Canadian people and offered to provide any assistance needed.