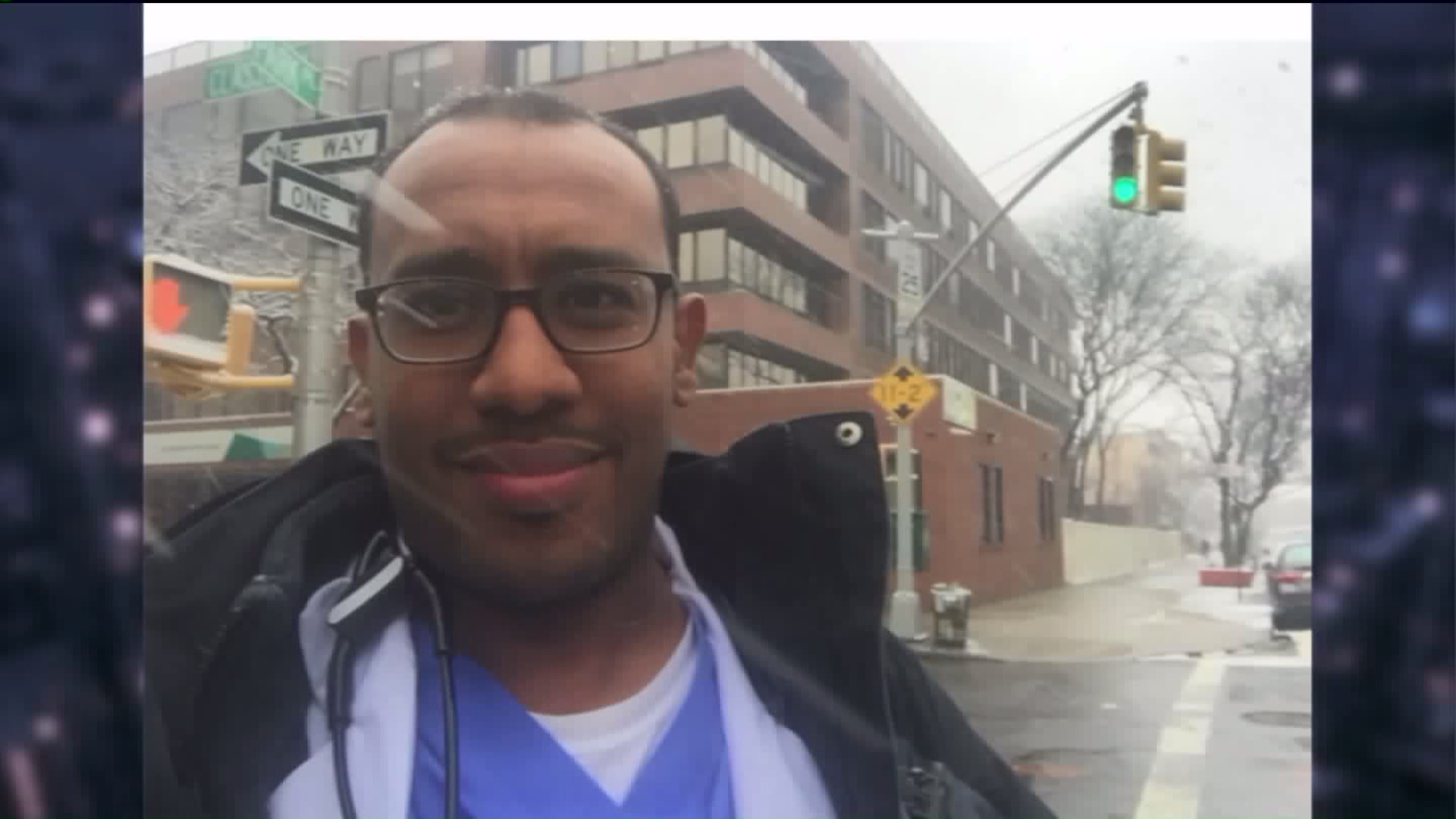 A second-year resident at Interfaith Medical Center in Brooklyn was blocked when he tried to board a plane in Sudan.

BEDFORD-STUYVESANT, Brooklyn — A second-year resident at a Brooklyn hospital is stranded in his native Sudan after President Donald Trump's executive order of a travel ban went into effect.

Dr. Kamal Fadlalla tried to board a flight at Khartoum Airport but was turned back at the gate on Saturday.

"He's highly regarded by his colleagues and beloved by his patients and is an excellent physician," said LaRay Brown, CEO of Interfaith Medical Center.

Dr. Fadlalla is in his second year of a three-year residency in internal medicine at the Atlantic Avenue hospital which serves predominantly low-income patients in Bedford-Stuyvesant and Crown Heights.

He came to the United States specifically to work at Interfaith. Dr. Fadlalla was here on an H-1B visa for foreign workers in special occupations.

He left Jan. 13 for Sudan for what was originally meant to be a one-month-long vacation. It was his first visit home in 20 months.

Saturday morning, he drove several hours from his family home to Khartoum Airport.

Dr. Fadlalla got a boarding pass and proceeded to the gate. That's where he heard his name called over the loudspeaker and eventually turned away at the gate.

After several hours at the airport, Dr. Fadlalla returned to his family's home.

He has been stranded in Sudan, one of seven predominantly Muslim nations the president has banned visitors for at least 90 days. President Trump says it's for the safety of Americans until there is a system in place for extreme vetting.

But Brown says the hospital completed it's own intensive vetting process.

"Any of the foreign residents we have have gone through vetting by the Education Commission for Foreign Medical Graduates. They looked at his medical experience, his scores, his character and body of work and his practice," said Brown.

"Dr. Fadlalla is not someone we need protection from he's bringing an extremely important benefit to Americans he's serving people in Brooklyn who needs healthcare."

His future as an American doctor is now uncertain.

"He's extremely concerned, he's trying to stay in good spirits. He's caught in this unfortunate situation where he has a legitimate reason to be here and cannot get back by virtue of the country he comes from," said Brown.