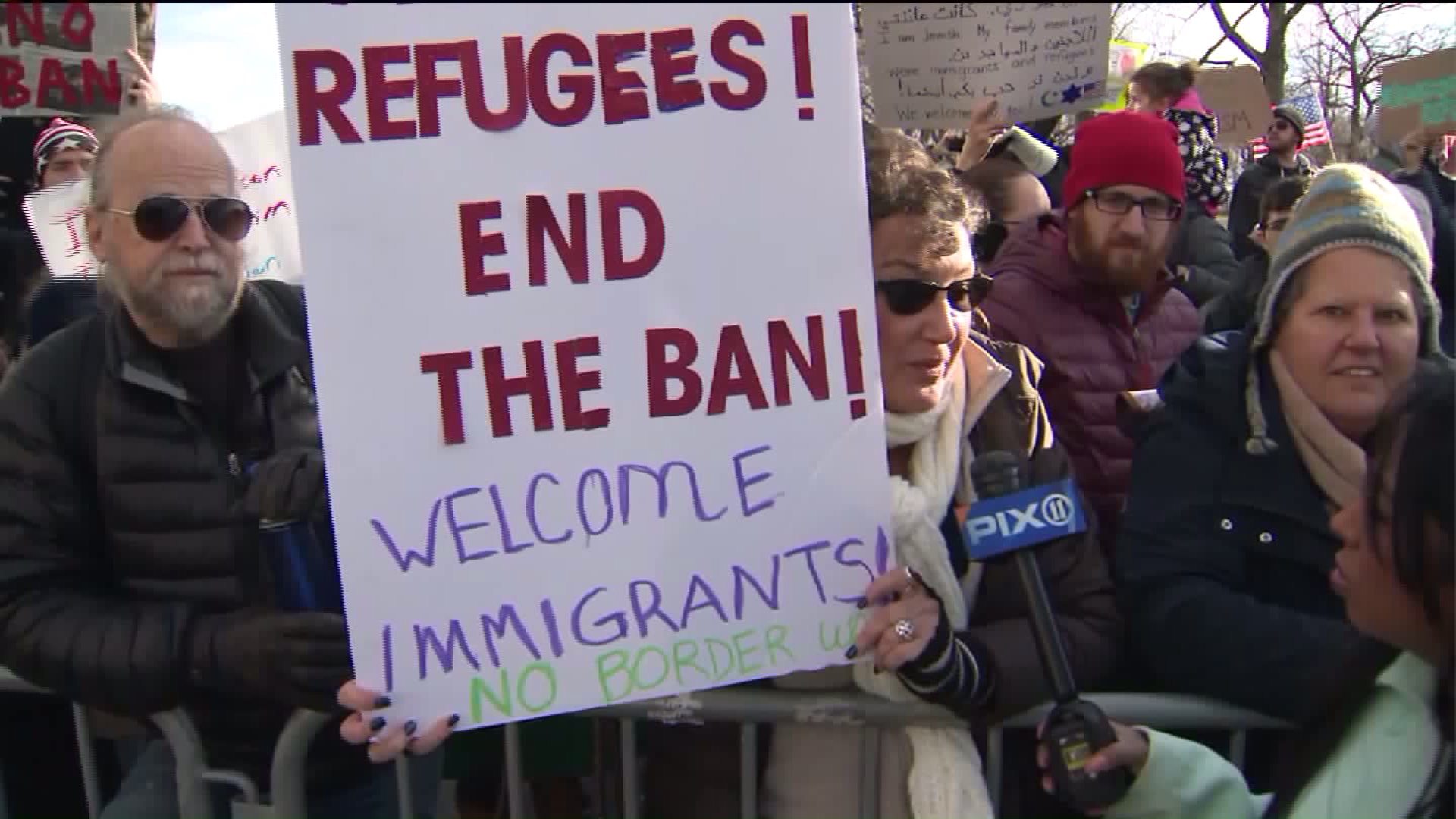 President Donald Trump insisted Sunday his travel ban on certain Muslim-majority nations would protect the United States from terrorists, after a weekend of outrage and confusion over the move.

In an afternoon statement, Trump wrote the country would continue showing “compassion to those fleeing oppression.”

“America has always been the land of the free and home of the brave,” he wrote. “We will keep it free and keep it safe, as the media knows, but refuses to say.”

He pushed back on criticism suggesting his executive order amounts to the "Muslim ban" he proposed as a candidate.

"To be clear, this is not a Muslim ban, as the media is falsely reporting," he wrote. "This is not about religion -- this is about terror and keeping our country safe."

The statement is the latest attempt by Trump's White House to explain the controversial order, which the President signed at the Pentagon on Friday. The move halted US refugee entry into the US for 120 days, and barred all citizens of seven predominantly Muslim nations from entering the US for three months.

Trump cast the move as in line with the previous administration's moves to combat terrorism, writing: "My policy is similar to what President (Barack) Obama did in 2011 when he banned visas for refugees from Iraq for six months."

While Obama did order his administration to pause consideration of Iraqi refugee applications for six months in 2011, Trump's action is far more sweeping, preventing all citizens of Iraq from entering the United States for 90 days. The other nations under the same restrictions are Iran, Libya, Somalia, Sudan, Syria and Yemen.