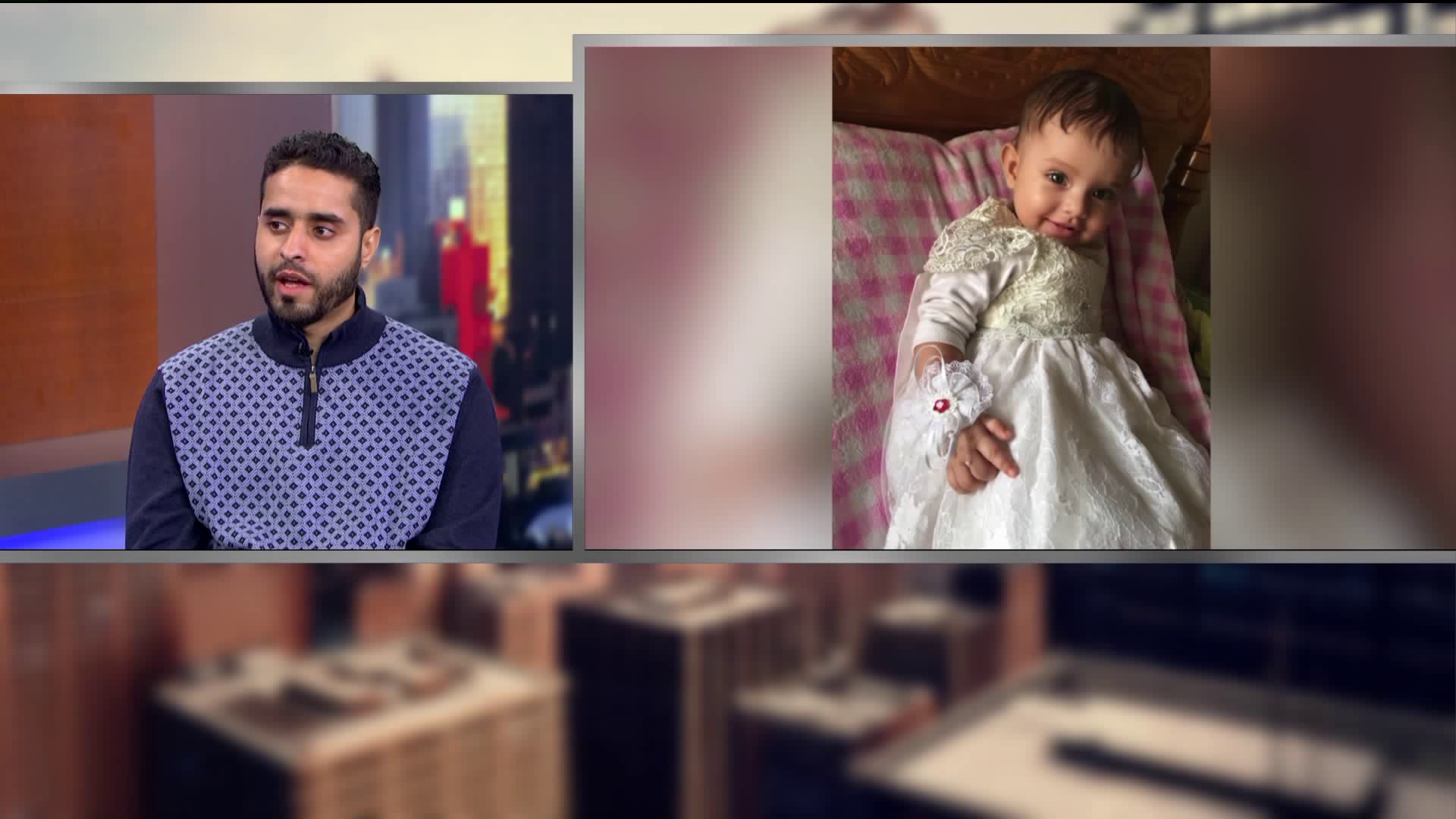 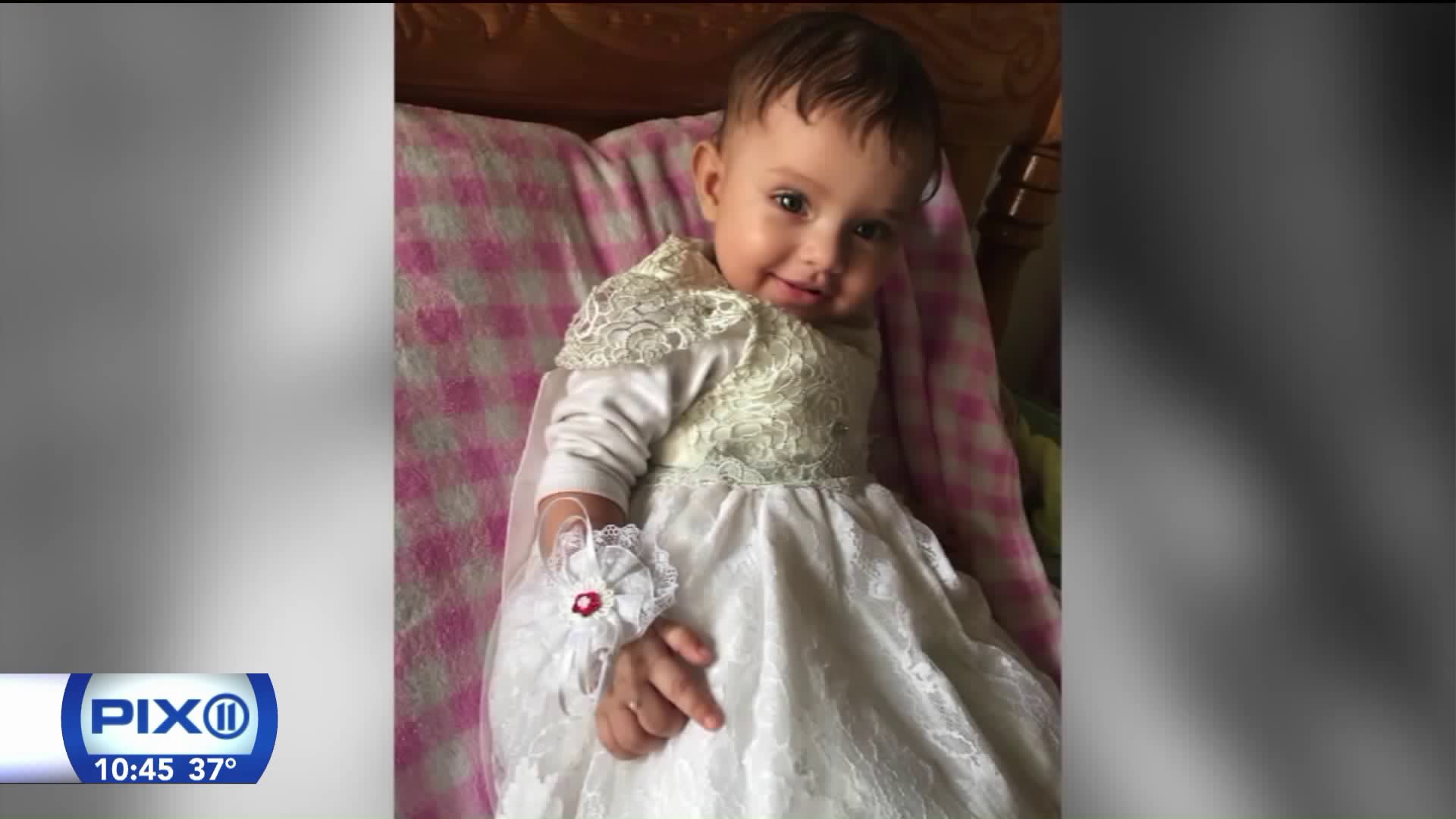 "I can't answer that right now," Horan Zokari said. "I wish I could. I wish I could say I'm flying to Yemen or they are coming here, but everything turned 360."

Horan, 24, is an American citizen born in New York City at Bellevue Hospital. The deli on the corner of Stanton and Allen streets in lower Manhattan is his second home. He runs it along with his family, who are all green card holders, and they are among the growing population of people who are confused and scared as to what happens to them now if they decide to visit loved ones abroad.

As for Horan's wife and adorable 1-year-old daughter,  they are in Yemen – one of the seven countries in President Trump's new travel ban. Horan had begun the process of legally bringing them here.

"There is turmoil in Yemen," Horan said. "So I applied to bring my wife and daughter over, but with the new law – there is no way to come here for a better opportunity."

Meanwhile, Horan tries to adjust as he fears for their lives in Yemen.

"Right now it's difficult because of the war going on," Horan said. "There is a food shortage, electricity shortage, essential shortage. It's very difficult to survive day by day."

And now Horan is afraid to leave, in fear of what happens when he would return because just in the past two days, his own brother Mohamed knows of people with green cards who have been stopped and detained at airports, including their own family at JFK.

"I know people who were stopped coming back from Qatar and Egypt," Mohamed Zokari said.

While President Trump says this is not a Muslim ban.

"Seven countries are all Muslim, " Mohamed said. "How is this not a Muslim ban? It makes no sense."

There is growing confusion on what exactly happens with green card holders. At first, senior officials with Homeland Security interpreted the President's order to not apply to anyone with a green card coming from banned countries - hence the chaos and confusion at airports.

On Sunday morning, Reince Preibus, the President's Chief of Staff took a step back.

However, Preibus then flipped and confused so many like Horan and Mohammed saying green card holders could in fact be stopped and detained.

"If they suspect someone who is traveling forth and Libya or Somalia or Yemen, I'd suspect they might ask a few more questions at JFK when someone is coming back and forth," Preibus said.

Leaving legal, green card holding, law abiding citizens trapped like in the case of Mohamed's uncle. Afraid to visit their own families like they've done they've done for their entire lives.

And leaving Horan, who wanted to promise his wife and daughter a happier life in America, helpless.

"I can't make that promise, the promise a husband is supposed to make to his wife," Horan said. "So its very difficult to be that husband."

While their story is heartbreaking, and like so many there is something they've said has been amazing - and that is the every day New Yorker who has coming in to their corner deli and showing support, giving hugs, showing that they are one with them.