Demonstrators cheer at JFK Airport as detainees are released to families 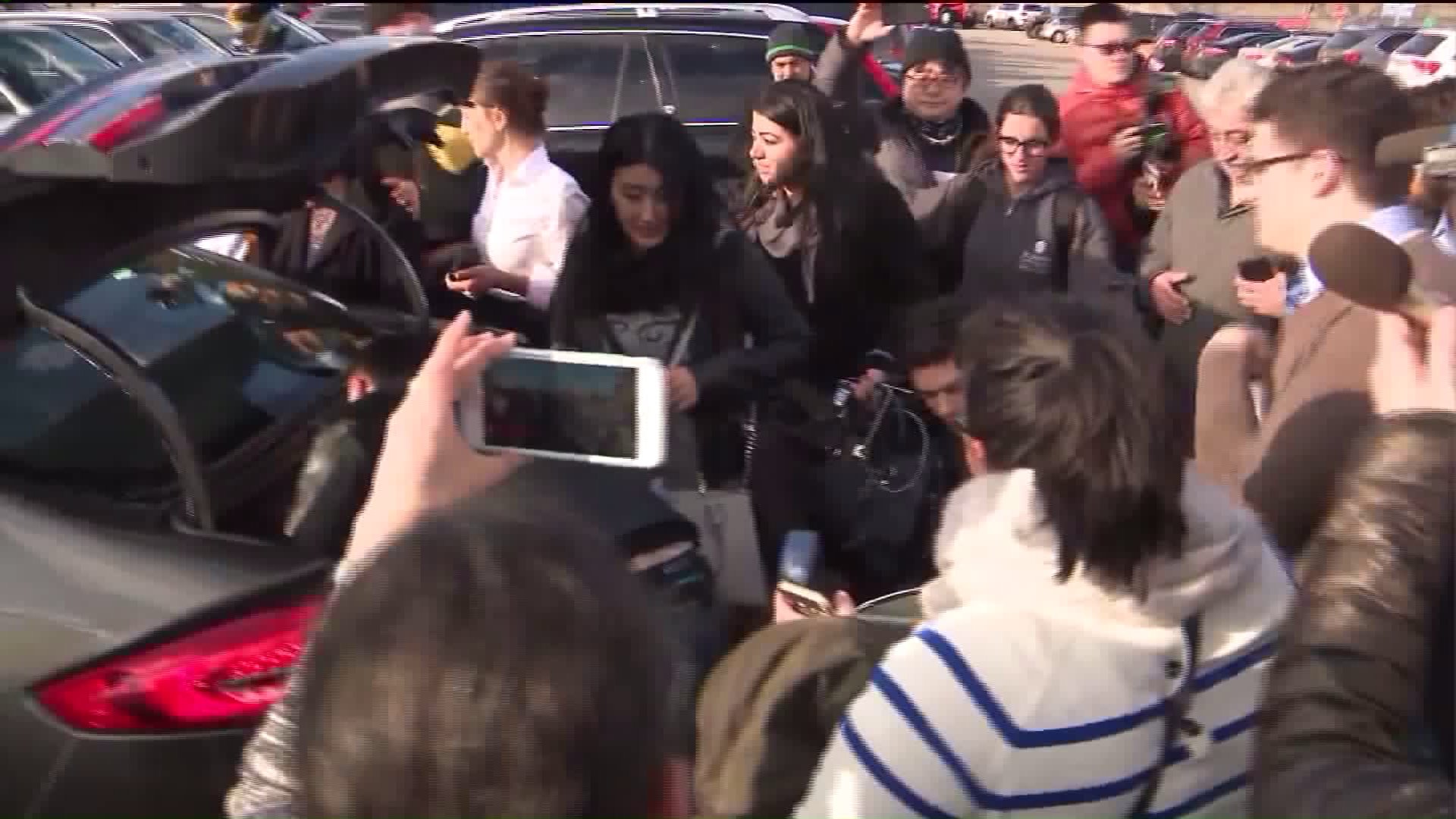 Peaceful protesters gathered at JFK Airport where 12 people were detained.

Cheers erupted as a family whose daughter was released after being detained for more than 30 hours flashed a thumbs up to the crowd.

"These people have gone through quite a bit, I think we all know they have been back there for hours some over a day at this point and certainly this is a difficult time for them and they are trying to get back with their families and continue on with their lives," said attorney Steven Golden.

Golden is one of the volunteer immigration lawyers fighting for the release of travelers who are being detained at the airport following President Trump's executive order limiting millions of people from entering the United States.

"There are a group of volunteer attorneys here from over 10 private firms and legal organizations and we are trying to ensure that their legal rights are vindicated we are they afforded due process," said Golden.

Golden said they have been working around the clock to protect those detained.

"These are people who have gone through a very rigorous vetting process. A lot of these people have families and homes and pets here and they are simply be detained without the requisite due process," said Golden.