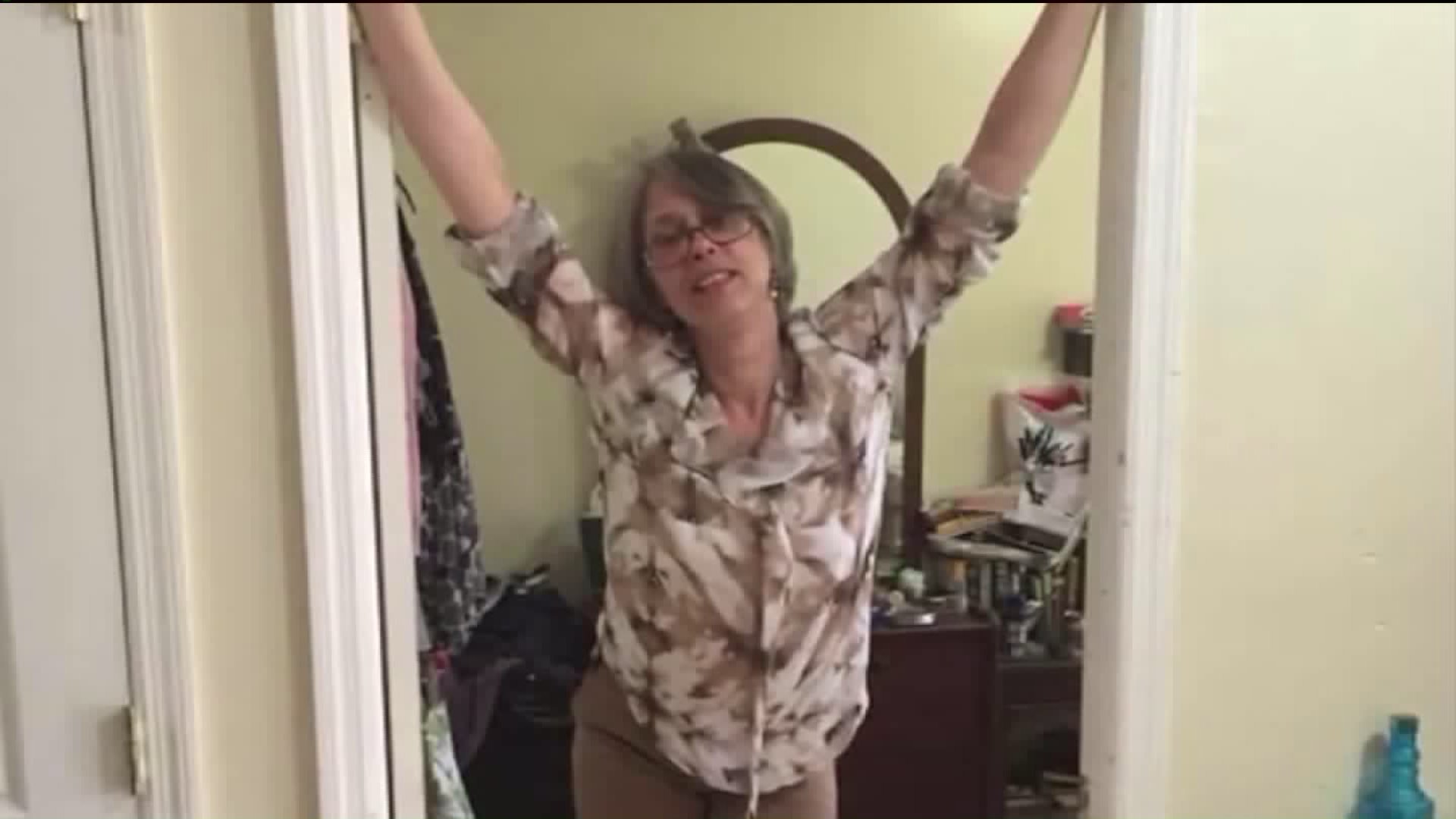 Police have not yet deemed the death a homicide.

WASHINGTON HEIGHTS, Manhattan — Police sources say the body found in a wooded area of Washington Heights is the Bronx mother who was reported missing last week.

Police were called to the area of West 187th Street and Chittenden Avenue around 1:30 p.m., after a passerby spotted a woman's body. The body had been thrown over a wall into an embankment on the side of the Henry Hudson Parkway.

Police sources say the body has been in the embankment since Monday.

An investigation revealed that the victim was Joan Viau of the Bronx. Viau was last seen on Jan. 23 leaving her Williamsbridge apartment.

At the home where Viau's younger son is staying, there was grief and a gentle no comment.

Viau's older son, 31-year-old Joseph Garcia was arraigned Saturday on charges of grand larceny and unlicensed use of his mother's car.

In court, the prosecutor said he was the "No. 1 suspect in his mother's disappearance."

"There was blood evidence in her car and in her home that we're very much concerned with," Robert Boyce, NYPD Chief of Detectives told PIX11.

Police say the missing mother's pocketbook and cellphone, which had traces of blood on them, were found in an upstairs bedroom of her home after her son returned there without her.