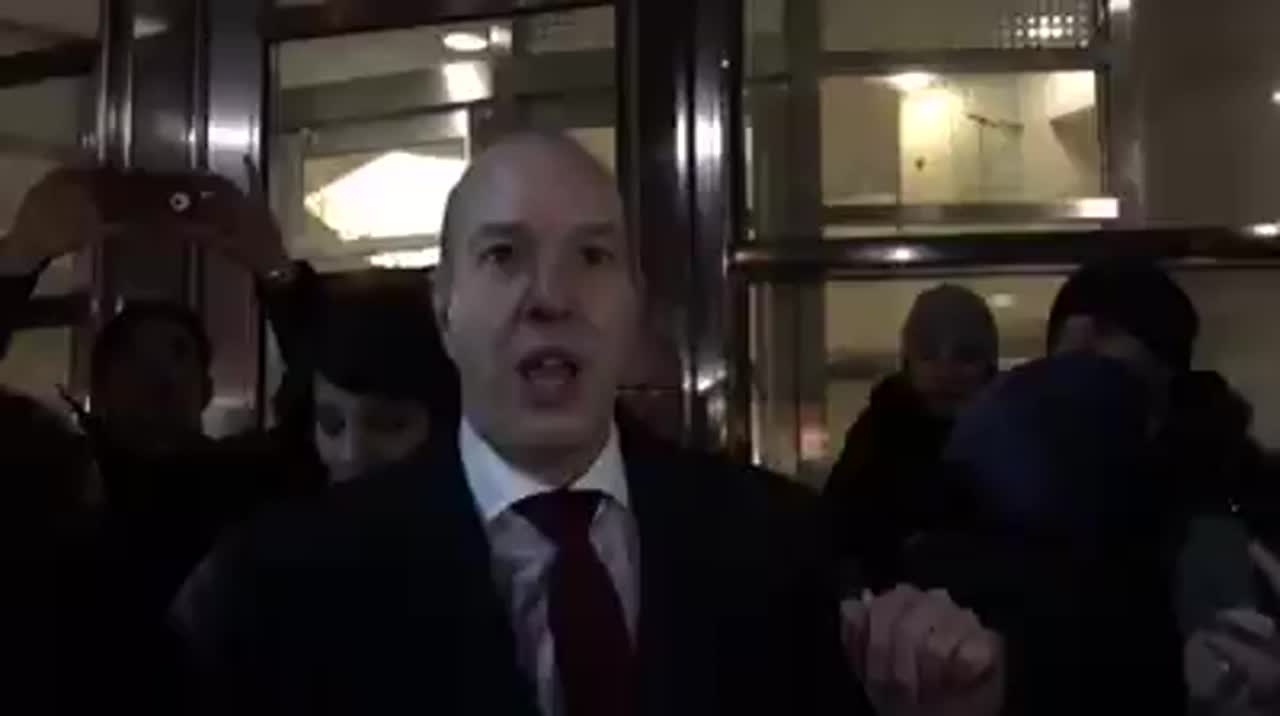 Travelers will have to provide valid visas to be allowed entry into the United States. The judge's decision stops implementation of a portion of Trump's order halting the travel here of immigrants from the countries during the next 90 days.

"On day one after he signed the executive order we jumped into court," said ACLU Executive Director Anthony D. Romero.

Romero says the victory handed by Donnelly is proof that the courts can work.

"When President Trump enacts laws or executive orders that are unconstitutional and illegal, the courts are there to defend everyone's rights," said Romero.

The ruling in an emergency hearing does not strike down the full executive order.

Cheers erupted in front of a Brooklyn courthouse where the decision was announced.

"The stay blocking the president's shameful order tonight is a victory for American values, but our fight is just beginning," he wrote.

The stay blocking the president's shameful executive order tonight is a victory for American values, but our fight is just beginning.

"This ruling is a victory for not just the rule of law, or for checks and balances in government. It's a win for morality. It's a step in the right direction for those trying to become Americans."

Though the ban is temporary, Trump has the ability to extend it.

Trump's order imposed the most aggressive ban on Syrians, who are indefinitely blocked, including those fleeing the war-torn country.

The executive order went into effect immediately, causing immigrants on planes to the United States to be detained in airports nationwide.

Twelve people were initially detained at JFK Airport, including two Iraqi men with ties to the United States military. Both men were released Saturday and have filed a class-action lawsuit against President Trump.

Yosre Ghaled was one of dozens of distraught relatives waiting at the terminal to see if their loved ones would be released.

Ghaled told the Associated Press her mother-in-law's sister was one of the 12 people detained. The 67-year-old Yemeni citizen flew to the United States to live with family because she has heart problems and diabetes.