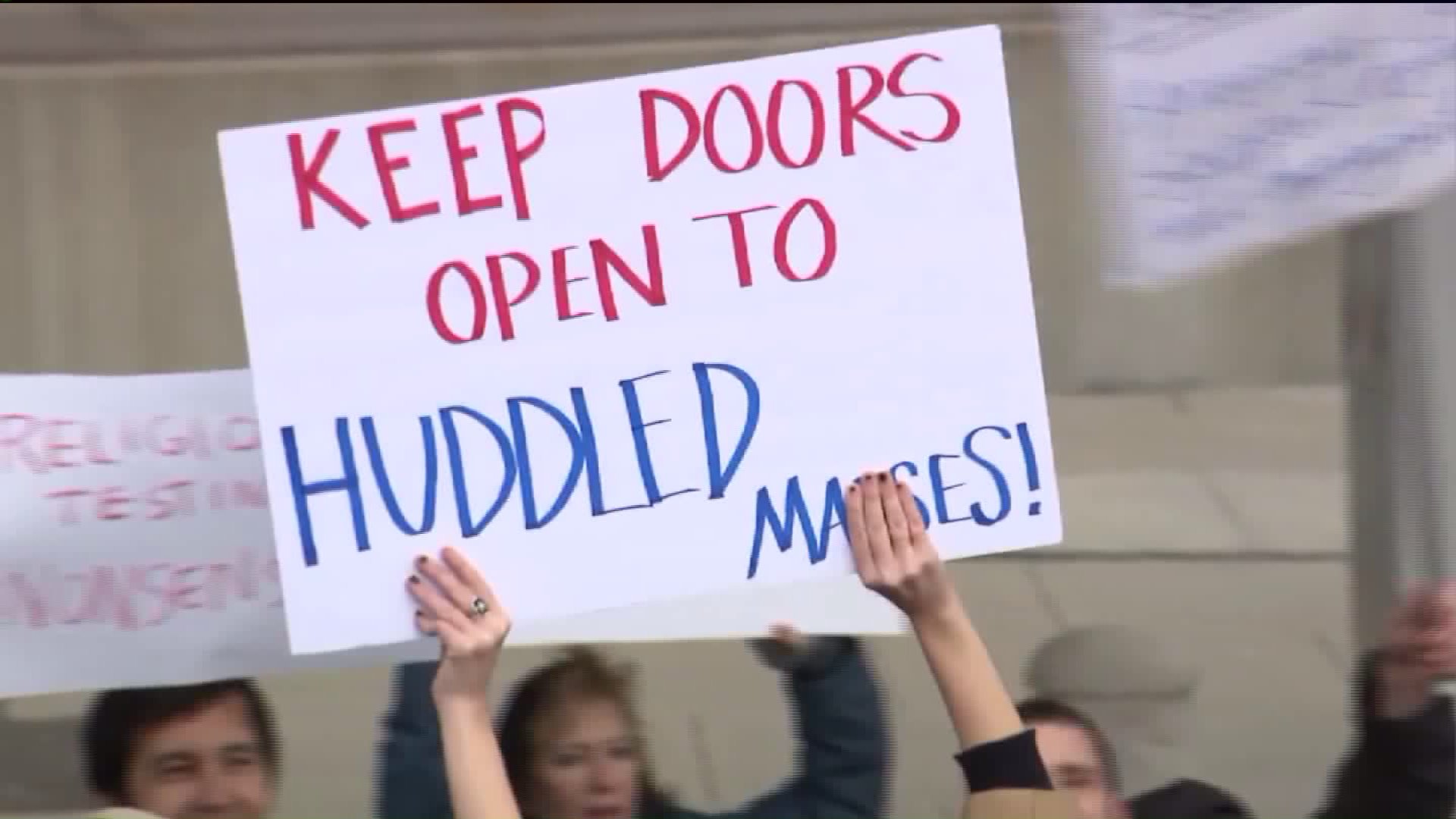 Hundreds of people are protesting against Trump`s executive order that banned refugees from seven Muslim-majority countries and Syria.

The order bars people from Iraq, Syria, Libya, Iran, Somalia, Sudan and Yemen from entering the country for at least 90 days. The president also issued a 120-day suspension of the U.S. refugee program.

In a series of tweets in French and English, Trudeau offered a message of hope to refugees fleeing their countries.

"To those fleeing persecution, terror & war, Canadians will welcome you, regardless of your faith. Diversity is our strength #WelcomeToCanada," he tweeted.

He included an archived photo from 2015 welcoming a Syrian refugee to the country with the hashtag #WelcomeToCanada.  As of 7 p.m., the photo had more than 72,000 likes and over 36,000 retweets.

The prime minister oversaw the arrival of more than 39,000 Syrian refugees shortly after he was elected.

Trump proclaimed in his executive order that the entry of Syrians is "detrimental" to the United States.