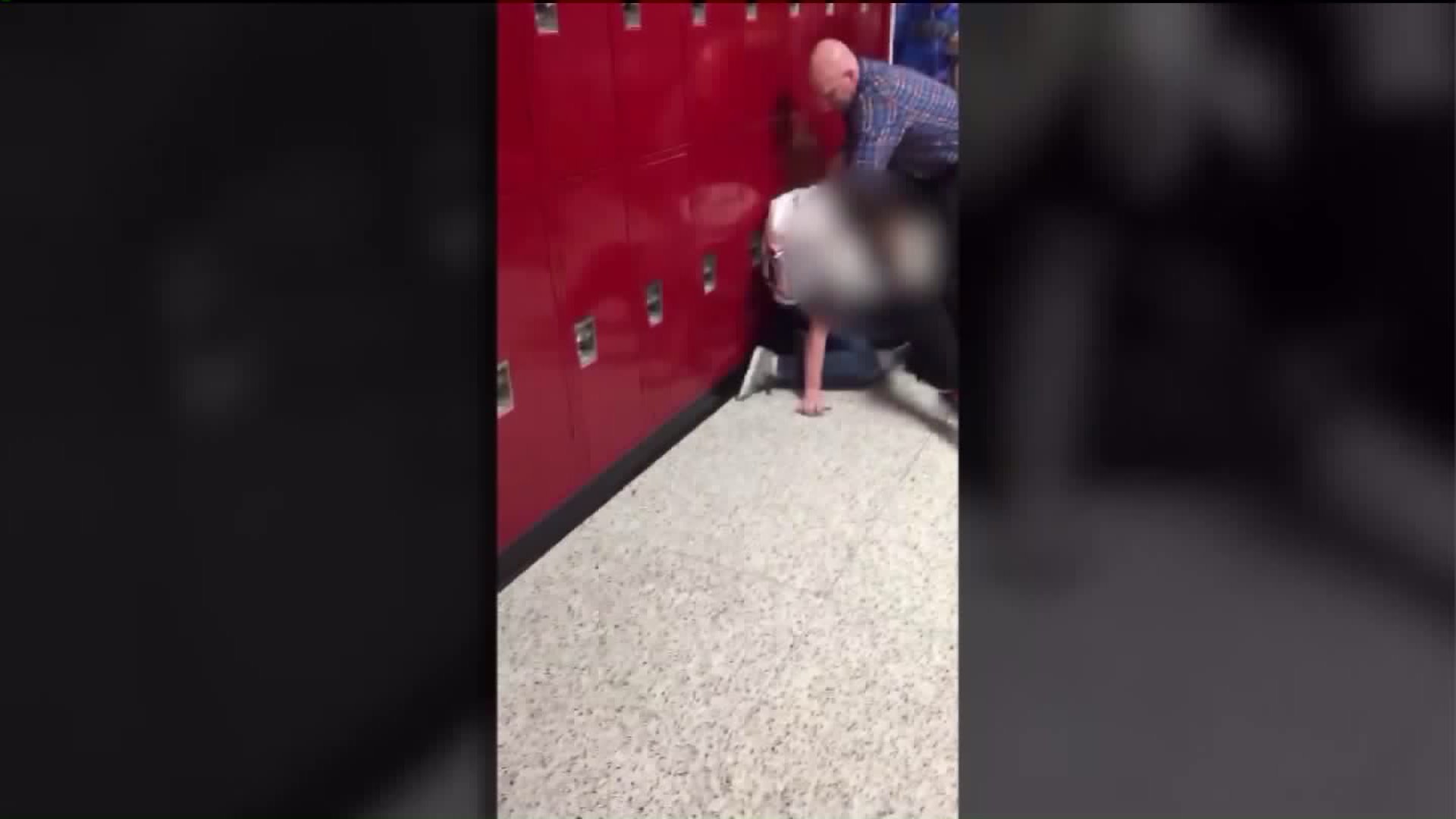 The student was arrested and charged with aggravated assault and possession of a weapon.

MANALAPAN, N.J. — A ballpoint pen became a weapon in the halls of Manalapan High School Thursday after a student allegedly stabbed his classmate in the head.

According to the Manalapan Township Police Department, a fight broke out between the two teenagers. Video captured by another student and sent to PIX11 shows the teen stabbing the victim repeatedly with the pen before slicing his face. The victim starts bleeding profusely.

"It was disturbing. I've seen fights happen in high school before but I've never seen somebody get so violent to the point where they actually stab somebody with something," student Rhiannon Dowell said. Dowell, 17, saw the fight in the hallway.

"The one kid in the white shirt, he was walking away from the fight. And the kid in the black shirt who had the pen, he followed him and jumped on his back and started stabbing into his neck," she said.

An adult broke up the fight, but not before a 16-year-old was bleeding.

Police arrested a 15-year-old sophomore. He was charged with aggravated assault and possession of a weapon. A 16-year-old sophomore was taken to an area hospital for head injuries. Authorities said he was treated and released to his parents.

Names of those involved will not be released since the students are minors.

The school released a statement on the incident and said disciplinary actions have been taken against the students involved.

"The District has been working with the proper authorities in their investigation into the incident," the statement reads. "While disciplinary consequences have been imposed against those involved, the District cannot lawfully comment on the specific disciplinary action being taken."