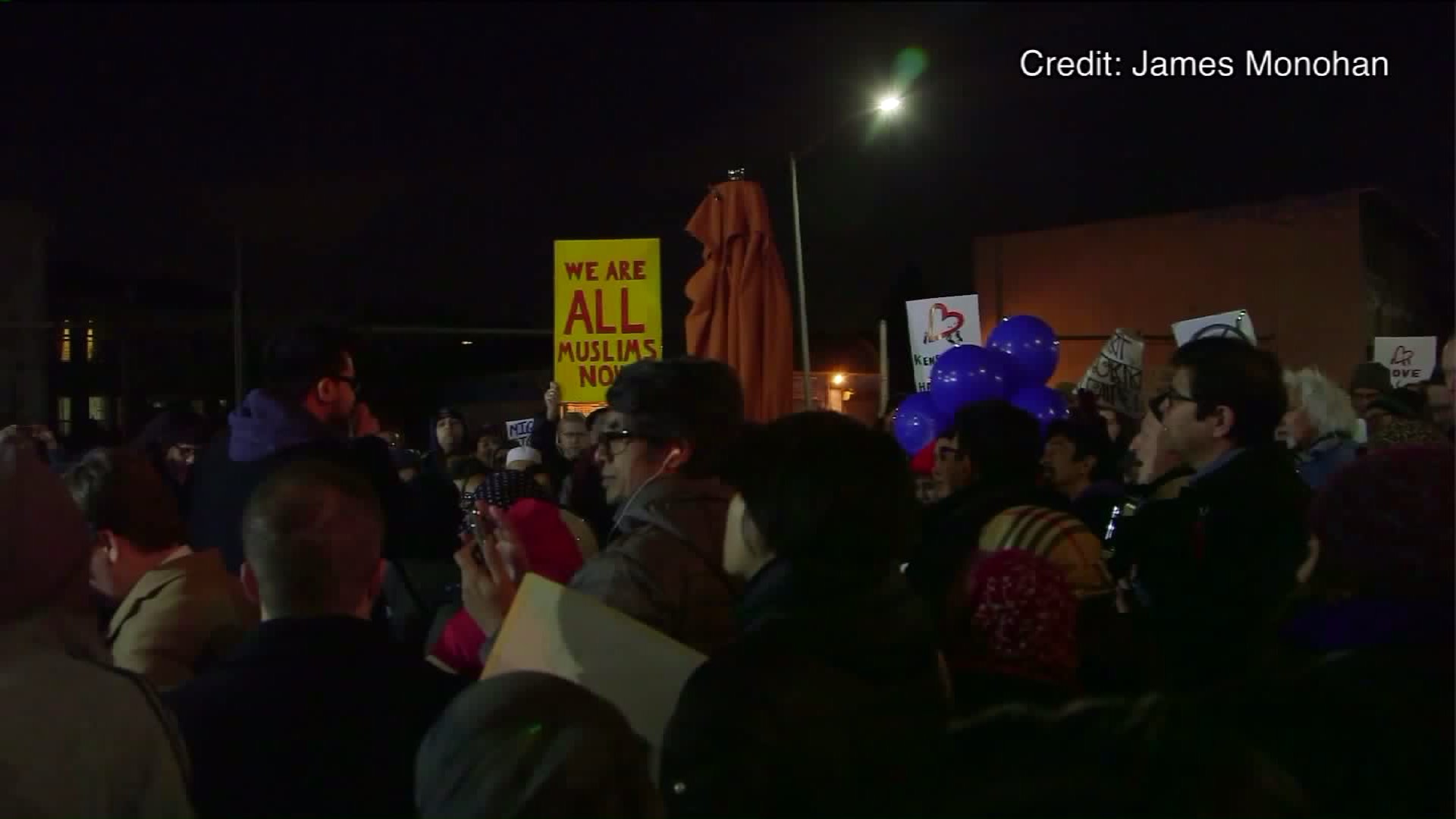 The group proclaiming Kensington a "Hate Free Zone," standing up to the orders handed down from Washington. The rally was organized by Desis Rising Up and Moving or DRUM.

Home to large Bangladeshi and Mexican immigrant populations, Kensington could be one of the neighborhoods President Trump targets to reduce the number of illegal immigrants in the country.

"Xenophobia is one of the official policies of the White House the way he signed the executive order," said community activist Mamnanul Haq.

Haq was one of the hundreds who marched through the neighborhood declaring the hate free zone. Organizers plan to hold community trainings to help people look out for their neighbors.

"They gave a very simple message, 'We are a community, we don't want to see any hate, this is one of the most diverse communities in New York City,'" said Haq.

If President Trump follows through on the executive order, sanctuary cities like New York could lose billions of dollars in federal funding. With cuts to social services like education and health low income New Yorkers will likely feel the biggest impact.

"We have to educate our people. This is predominantly a Bangladeshi community. Last 20 years, they built lots of businesses, bought houses and everything. They want a very safe haven here," said Haq."

Kensington is not the first New York neighborhood to stand up to the anti immigration movement. Last month, community members in Jackson Heights held a similar rally.

Now Haq hopes the movement will spread throughout the city and the country.