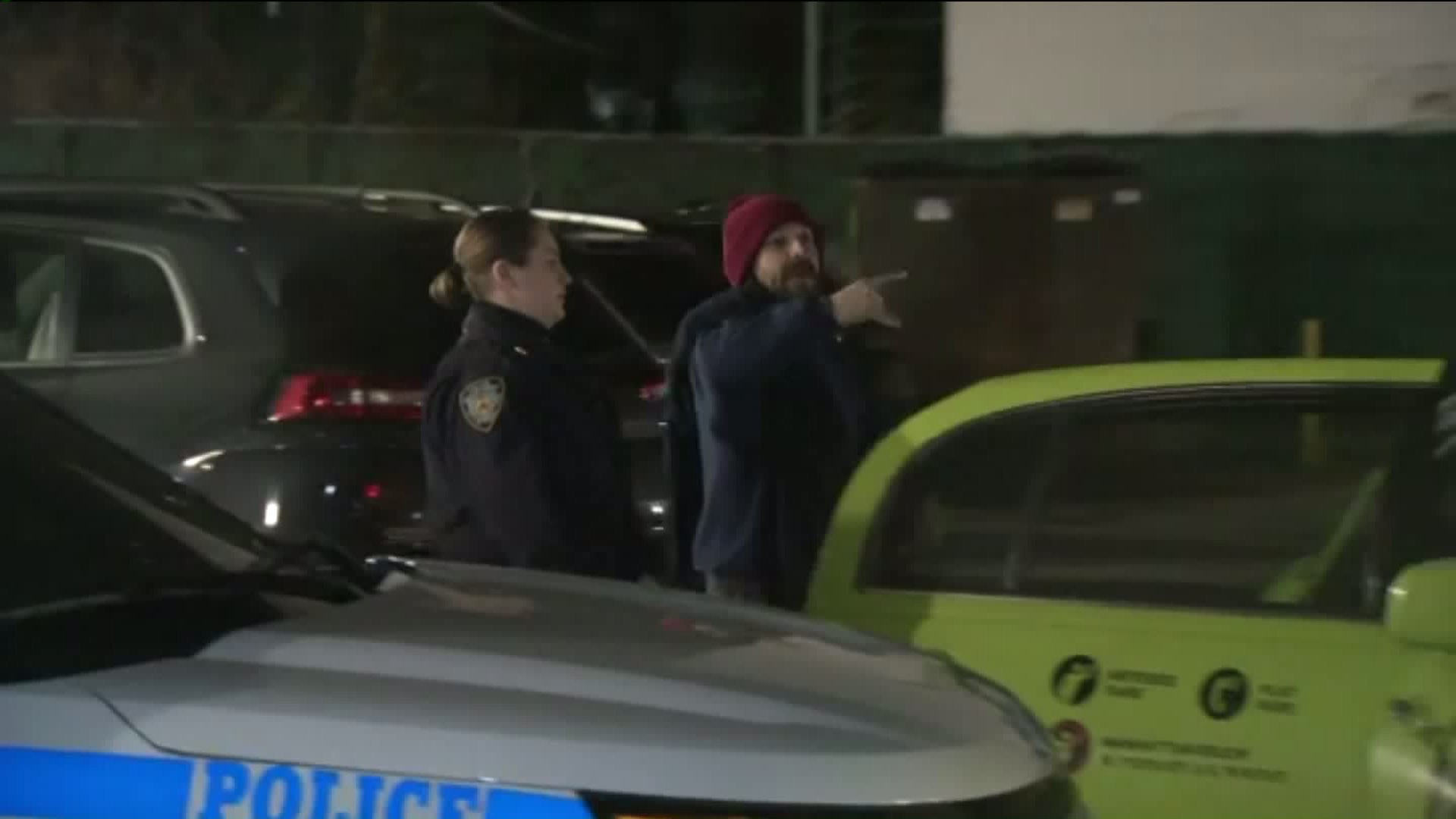 Shia LaBeouf was handcuffed following a fight with a man at an anti-Trump rally outside the Museum of the Moving Image.

ASTORIA, Queens – Actor Shia LaBeouf has been arrested at his anti-Donald Trump art installation in Queens after he allegedly got into an altercation with another man.

Police say LaBeouf, a child star now most notably known for his starring roles in the "Transformers" series, pulled an unidentified 25-year-old man's scarf early Thursday morning outside the Museum of the Moving Image in Queens, scratching his face in the process. Police say he also pushed the man, who refused medical attention.

LaBeouf faces a misdemeanor assault charge. It's unclear if he has an attorney who can comment.

He was released from police custody Thursday morning.

LaBeouf has spent the first few days of Trump's presidency chanting, "He will not divide us," in front of a live camera outside the museum. The livestream is for a participatory public art project LaBeouf and two collaborators intend to have running for the next four years.

*Language in the video below may not appropriate for some viewers