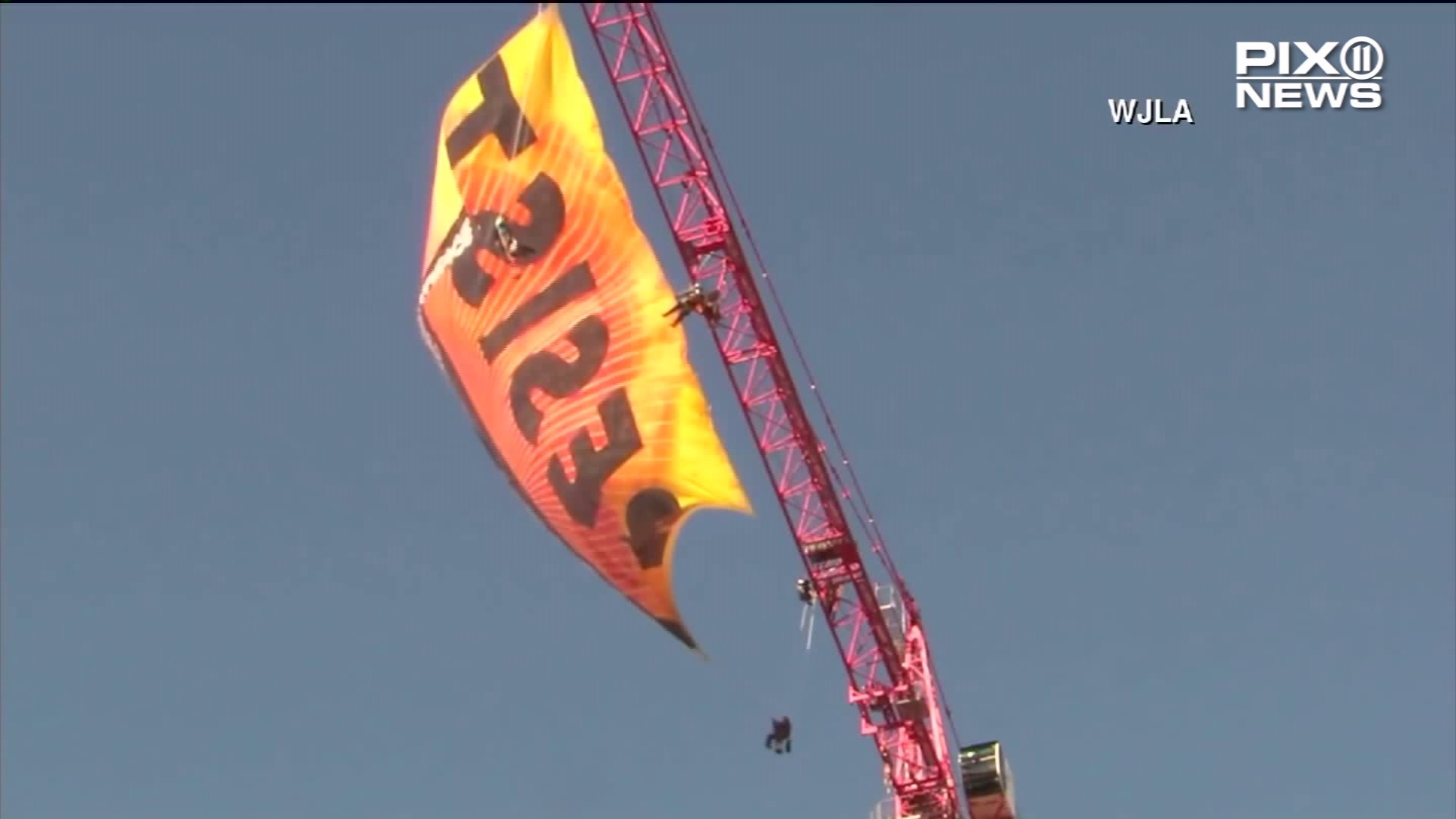 WASHINGTON, D.C. — Activitists scaled a crane in the nation's capital Wednesday morning and unfurled a banner aimed at the White House that reads "RESIST."

It was about 6 a.m. when seven protestors climbed the 270-foot crane at a downtown Washington construction site just blocks from the White House, police said. They were still there at 10:30 a.m.

Police said they believe the demonstrators are associated with the environmental group Greenpeace.

Capt. Robert Glover of the Metropolitan Police Department told reporters that officers were called to the area of 15th and L streets and found three people, who weren't authorized to be at the site, attached to the crane. He says another four people are on the crane, too.