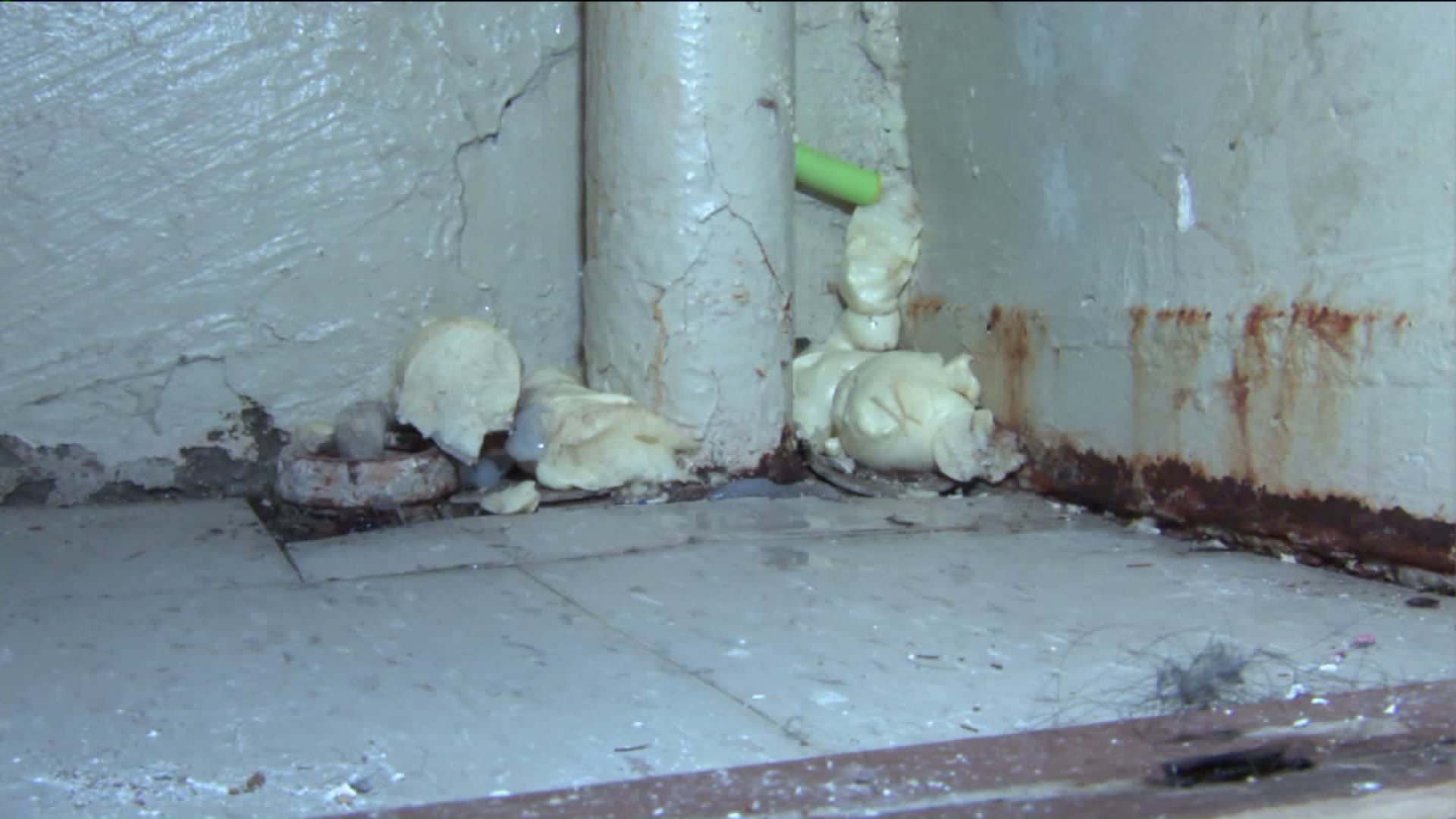 Mayor de Blasio unveiled his budget plan for the next fiscal year Tuesday.

BROWNSVILLE, Brooklyn – A pregnant woman who lives at the top of a Brooklyn housing complex has a vested interest in seeing the Mayor's proposed budget is money well spent.

But given the city's track record, she's not confident.

Sina Roberts is 8-and-a-half months pregnant and frankly has enough on her plate to worry about questionable conditions inside her kitchen pantry.

In footage provided by Roberts from last year, a pool of water from a leaked pipe can be seen inside her 14th floor apartment at the Ocean Hill Houses in Brownsville.

It's water from the roof leaking and it's been an issue ever since she's moved in three years ago.

The first problem: the roof is easily accessible due to a broken door. The next, it would take workers to completely replace the entire roof floor because it would tough to spot the gap in the gravel.

What happens on a cold January night for Roberts is just the tip of the iceberg, considering Mayor de Blasio's administration's announcement that it's budget will include $1 billion allocation to fix or replace several hundred roofs in New York City Public Housing Buildings - which lead to apartment leaks and dangerous mold conditions.

"I just need something to be done," Roberts said."I can't take it anymore."

NYCHA says spending more than $100-plus million a year will address a majority of the worst rated roofs in the city.

"This is the grand total we need to fix every roof that has a problem creating mold and other health problems," de Blasio said.

Looking at the big picture, even though the agency projects a small surplus this year, it still has $17 billion in outstanding capital needs.

At $17 billion that broken door that leads to cold hallways and then to colder apartment and inflated heating bills leads to bigger budgetary headaches.

At NYCHA, there are no small problems. The agency is the city's biggest landlord, managing almost 1,000 buildings.

A spokesperson tells PIX11 they will address the Roberts' concerns: "NYCHA takes mold very seriously. We are working to address this situation as quickly as possible with roofers scheduled for tomorrow."

"That's not fair to the tenants who can't do anything to fix the problem," Roberts said.

She hopes NYCHA will solve her apartment issue for real this time.