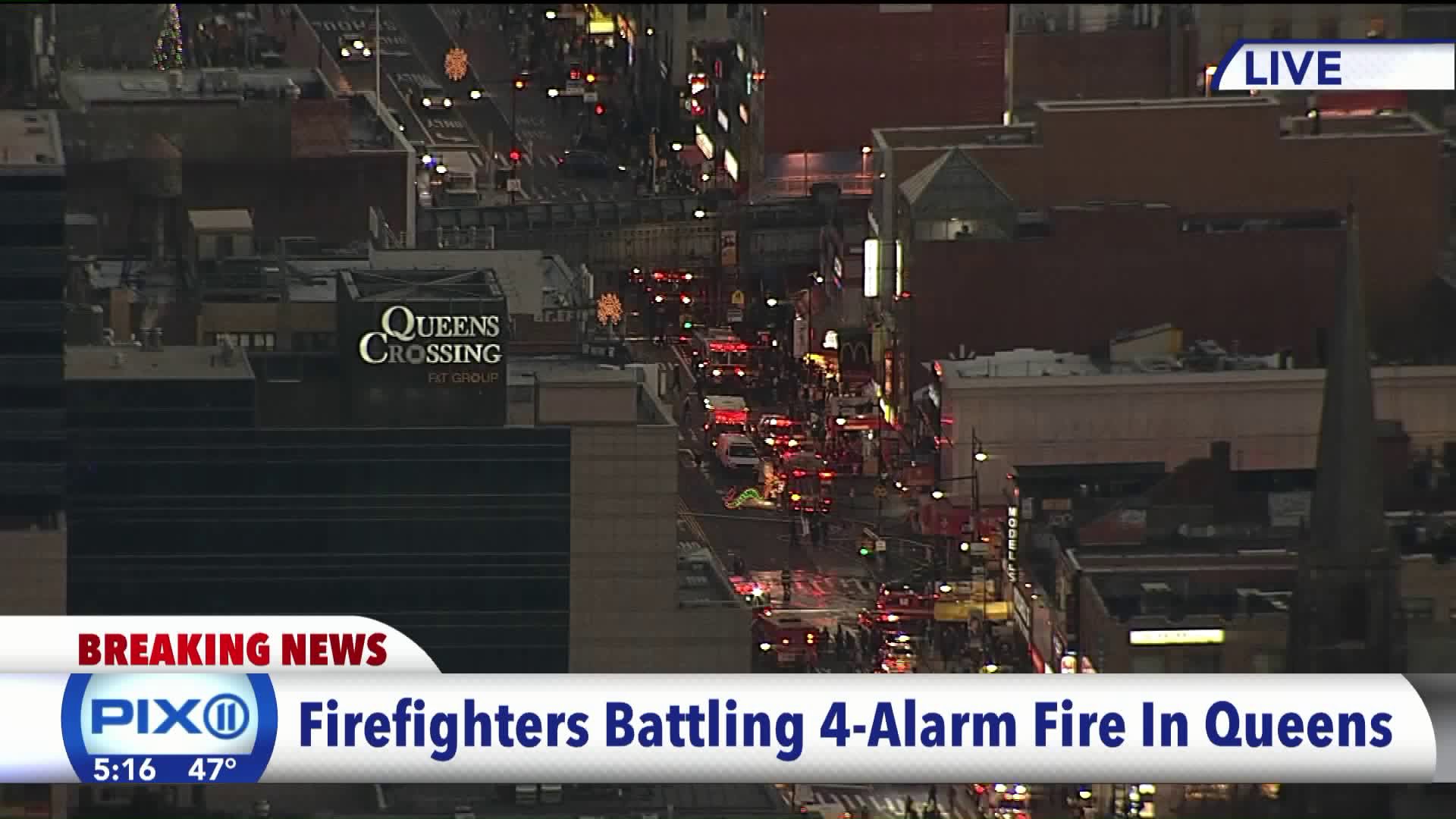 The fire is causing delays on the No. 7 train in both directions due to smoke and water pouring into the Main Street subway station.

FLUSHING, Queens — Firefighters are battling a large fire at a three-story building in Queens Wednesday afternoon, which has snarled No. 7 train service in both directions.

The fire broke out around 2 p.m. on the first floor of the building on Roosevelt Avenue near Main Street in Flushing. As of 6 p.m., the fire was under control.

According to MTA , the fire is still causing delays on the No. 7 train in both directions due to smoke and water pouring into the Main Street subway station.

Due to FDNY activity on Roosevelt Av between Main St and Prince causing smoke and water conditions at Flushing-Main St, the following service changes are in effect:

train service between Mets-Willets Point and Flushing-Main St in both directions.

trains are running local with delays in both directions.

LIRR will cross honor at the following stations:

FDNY activity in the Flushing area is impacting 7 line service as well as area buses, with limited travel alternatives available.  We apologize for the inconvenience.

A cause has not been determined.