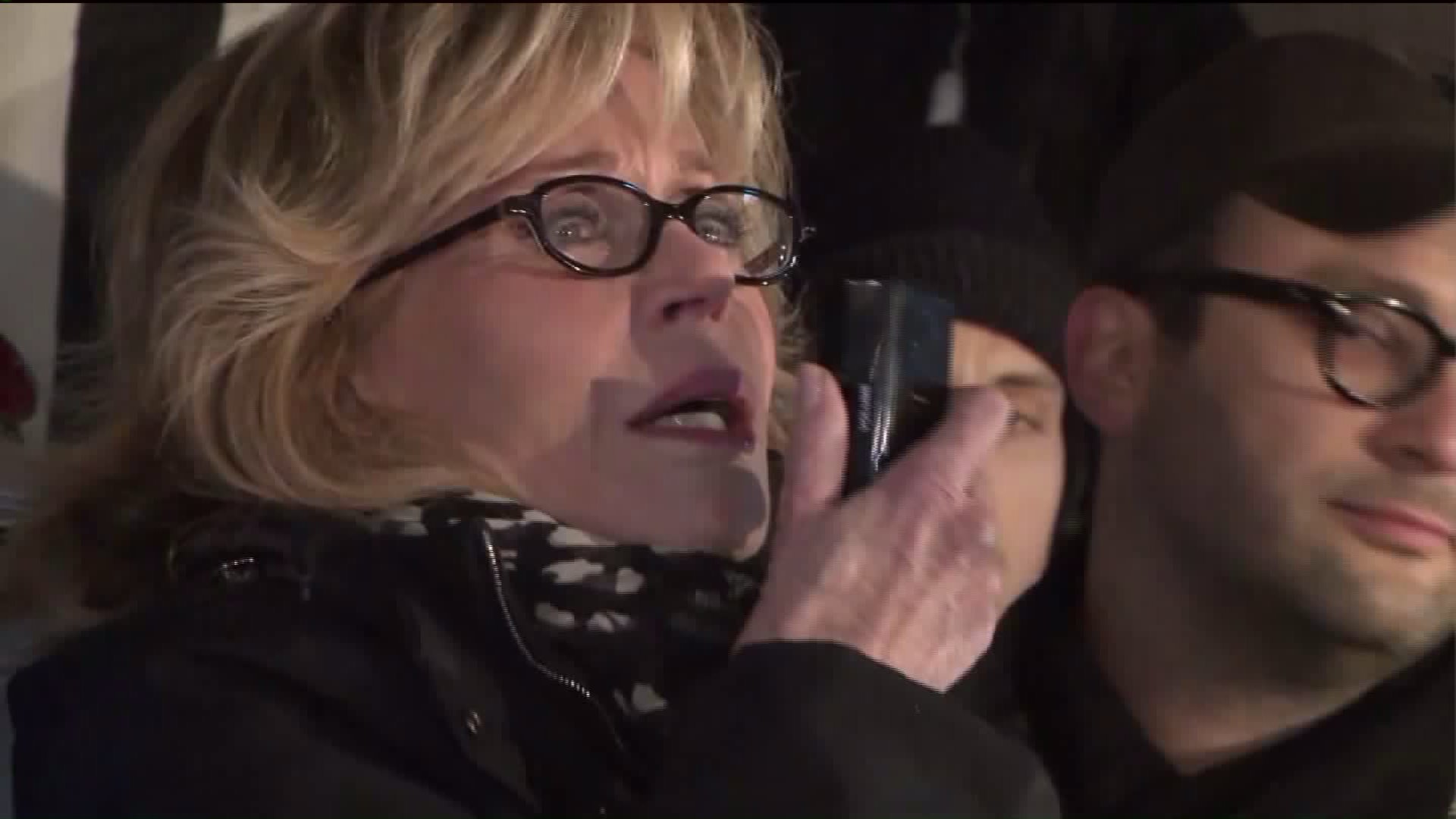 The Trump campaign pledge is now getting closer to reality. With the stroke of his pen on Tuesday, President Donald Trump advanced approval of the Keystone XL and Dakota Access oil pipelines. It was a dramatic unblocking and the pact quickly sent a shock to environmentalists.

In the aftermath of Trump’s executive order, chants of “Donald Trump has got to go” filled the streets of Manhattan.

At precisely 6 p.m. Tuesday evening, scores of people gathered outside Columbus Circle, where Trump International Hotel is a few steps away. Then demonstrators made their way to Trump Tower, where they met resistance from the NYPD.

New Yorkers from all walks of life came out to support, including long-time activist and actress Jane Fonda.

“Today the predator-in-chief issued executive orders calling for the completion of the North Dakota Pipeline and to reopen the Keystone XL Pipeline,’ Fonda said. “He does this illegally because he has not gotten consent from the tribes through whose country goes.”

Construction of the Keystone Pipeline was stalled during the Obama administration and in 2015, President Obama denied approval of the pipeline’s construction altogether.

Claudia Valente traveled to Standing Rock in South Dakota last fall and explained their protests are about keeping the pipelines away from sacred Native American burial grounds and out of water supplies.

“I was able to stand there in prayer with them,” Valente said. “It was a beautiful experience and you could feel the energy of the crowd coming up.”

The new President says the restoring the pipelines will give opportunities for hard-working Americans.

“This will put a lot of steel workers back to work,” Trump said.