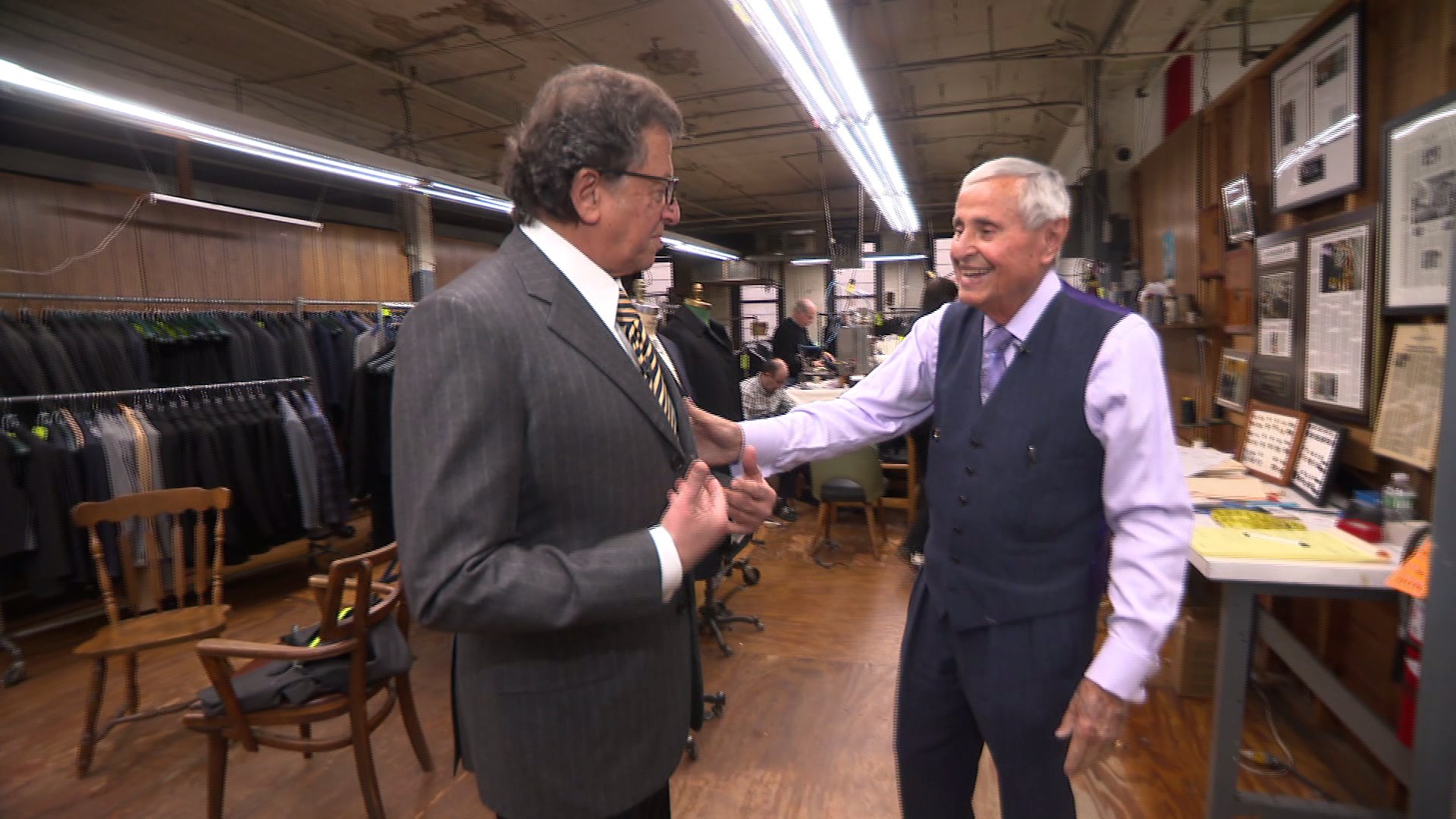 In this week`s It`s a G Thing, Mr. G meets Martin Greenfield who shares his journey from holocaust survivor to a top suit maker in the world

“This is just not your suit," Martin Greenfield said to me.

His name is on the door and inside every piece. He’s devoted his life to this craft.

“This was my university, I learned everything in the shop," he said.

The 88-year-old has dressed high profile clients from the military, Hollywood and the Oval Office.

“[Obama] emailed saying he doesn’t like to be measured and that I should copy one of his suits," Greenfield remembered. "I said he should find somebody else to copy because everybody copies my suit!"

It’s a stark contrast to his childhood. He grew up in Czechoslovakia before being separated from his family during the holocaust.

“I was15 years old when I arrived in Auschwitz," he said.

Martin was the only one to survive and he eventually came to the United States with only a few bucks. A friend helped him get him a job.

“Mr. Lipschitz got me a job right away being a floor boy," he described. "Where?" I asked. "Here in this factory."

He quickly worked his way up by finding more efficient ways to get things done.

“Six months later they made me an assistant supervisor, and the union kicked me out because I was a boss," he laughed.

In 1977, he bought the company, naming it Greenfield Clothiers, and to this day comes in six days a week overseeing the process, stitch by stitch.

“Every button hole is made by hand," he showed me.

It’s a lot to handle so several years ago he passed ownership to his sons.

“We are very close knit and the desire to work alongside him and work together and make his dream reality and make it work is very compelling," Jay Greenfield, Martin's son, said.

Tod manages most of the business side, while Jay focuses on designing and merchandising. They’ve learned a lot from their dad, like providing top quality product and personality. but what they value most is his kindness.

“From what he came from he could be bitter or angry but he’s nice, he loves all people and that’s really something really easy to respect,” Tod said.

Martin is a family man through and through who brings a smile to every suit. And he hopes others take away at least one lesson from his story.

“By working hard and  by learning, you can become anyone you want to become,” Greenfield said.