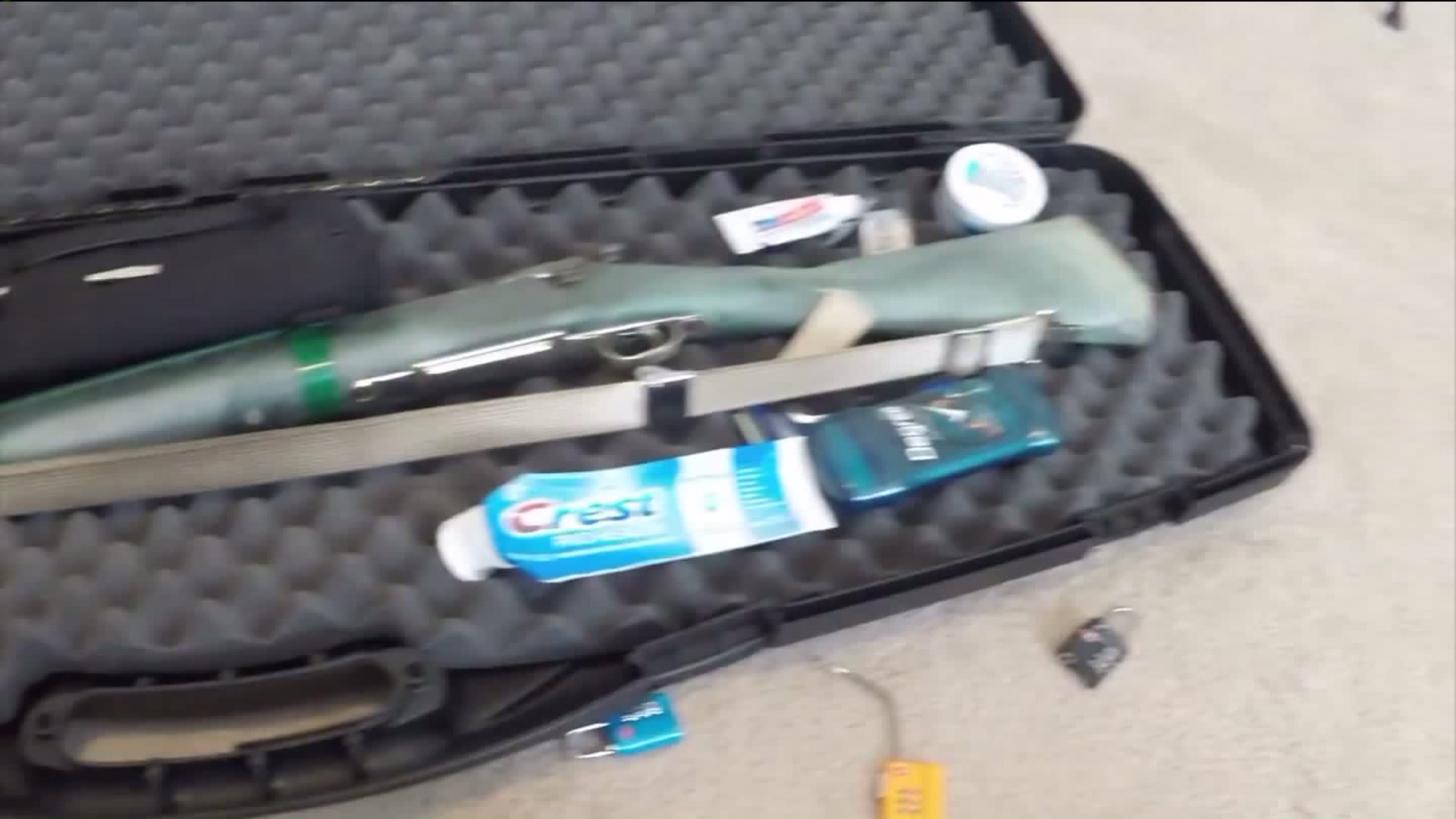 The news that the shooter had the gun in his luggage created new fears for travelers.

QUEENS, N.Y. — When travelers arrived at the Delta Terminal at LaGuardia Airport in Queens in the days following the baggage-area shooting at Fort Lauderdale-Hollywood Airport in Florida, many were disturbed to learn that guns would likely continue to get checked on airlines — even though the Jan. 6 shooting left five tourists dead and eight more wounded.

"I mean, we can't even carry a bottle of water," Rosa Colon said, as she exited a flight from Puerto Rico.

Colon was referring to Transportation Security Administration rules that don't allow water bottles in carry-on baggage or more than 3.4 ounces of shampoo.

Unloaded weapons in checked baggage is something else.

"There's a Constitutional amendment that allows you to carry arms," said aviation attorney Dan Rose, of the Kreindler and Kreindler Law Firm in Manhattan. "The real question is: What happens on the other end, when the gun owner meets the gun?"

In the Florida incident, Esteban Santiago — a former National Guardsman — checked a 9-mm gun with his baggage at a Delta ticket counter in Alaska and flew to Fort Lauderdale on Jan. 6. He retrieved his bag and went into an airport bathroom to load the weapon with bullets and came out firing in baggage area No. 2.

College professor Donald Degraffenried, who was landing at LaGuardia after taking a flight from Milwaukee, doesn't think gun rights should extend to the skies for most people.

"The Constitution says to keep and bear arms — not to bring on airplanes! So, it's not a right," Degraffenried said. "I think it's very debatable."

There's a debate going on in Florida about a State Senate bill that would allow licensed gun owners to carry weapons in non-secure areas of airports or schools.

It's called the Open Carry Bill and it failed to pass the full Florida legislature a couple years ago. After the carnage at the Pulse nightclub in June 2016 by an ISIS sympathizer, which left 49 people dead and scores wounded, the debate started up again about passing an open carry law.

Rose said the issue of police presence in non-secure areas has to be looked at, and how checked weapons get retrieved by their owners when they reach their airport destination.

"I think TSA and the FAA are going to look at the process of reuniting the gun owner with the weapon," Rose said.

Four out of five of them were loaded.