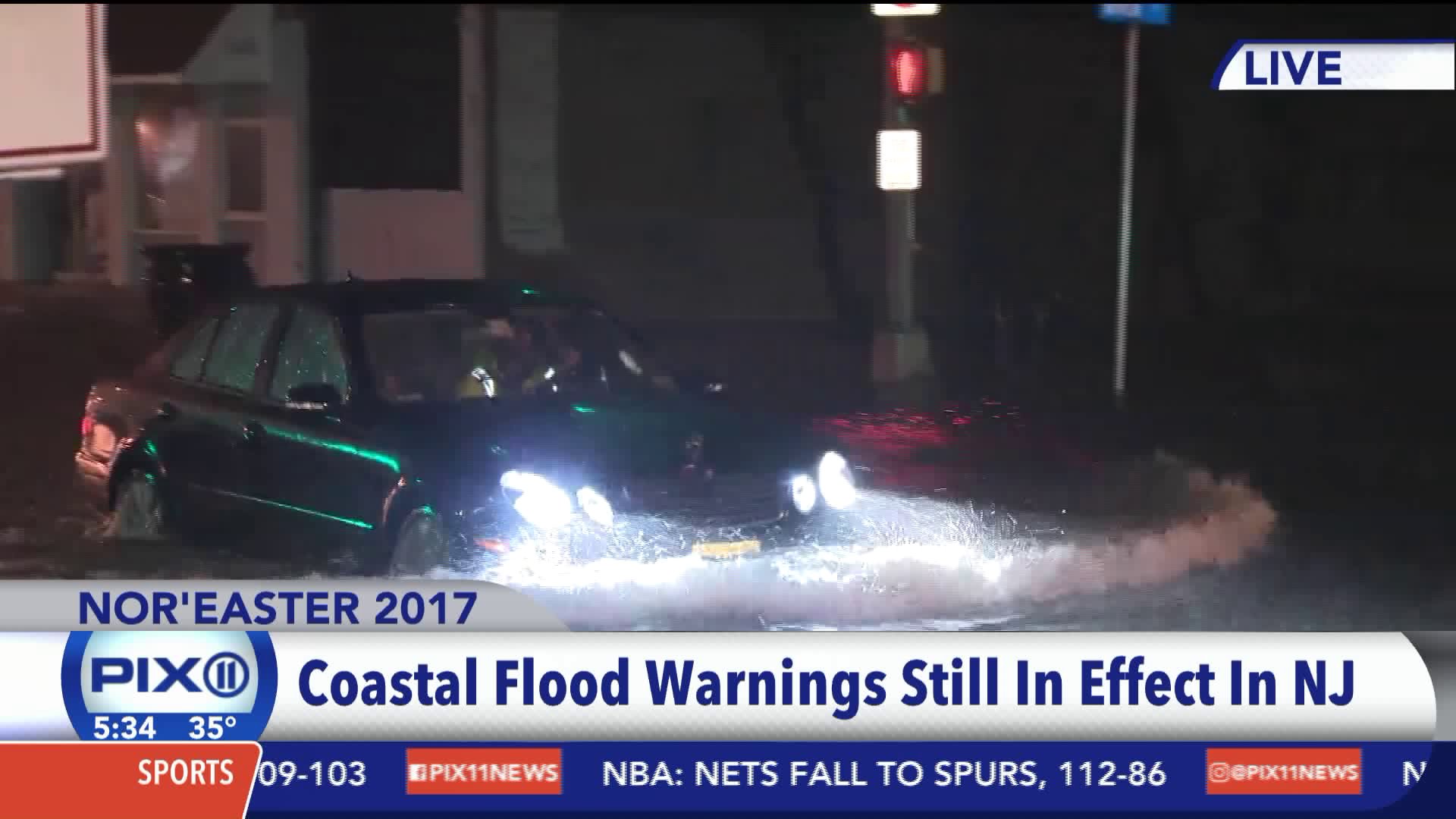 PIX11`s Lisa Mateo who was reporting from Sea Bright, New Jersey on Tuesday described how tides kept getting higher as the morning went along. 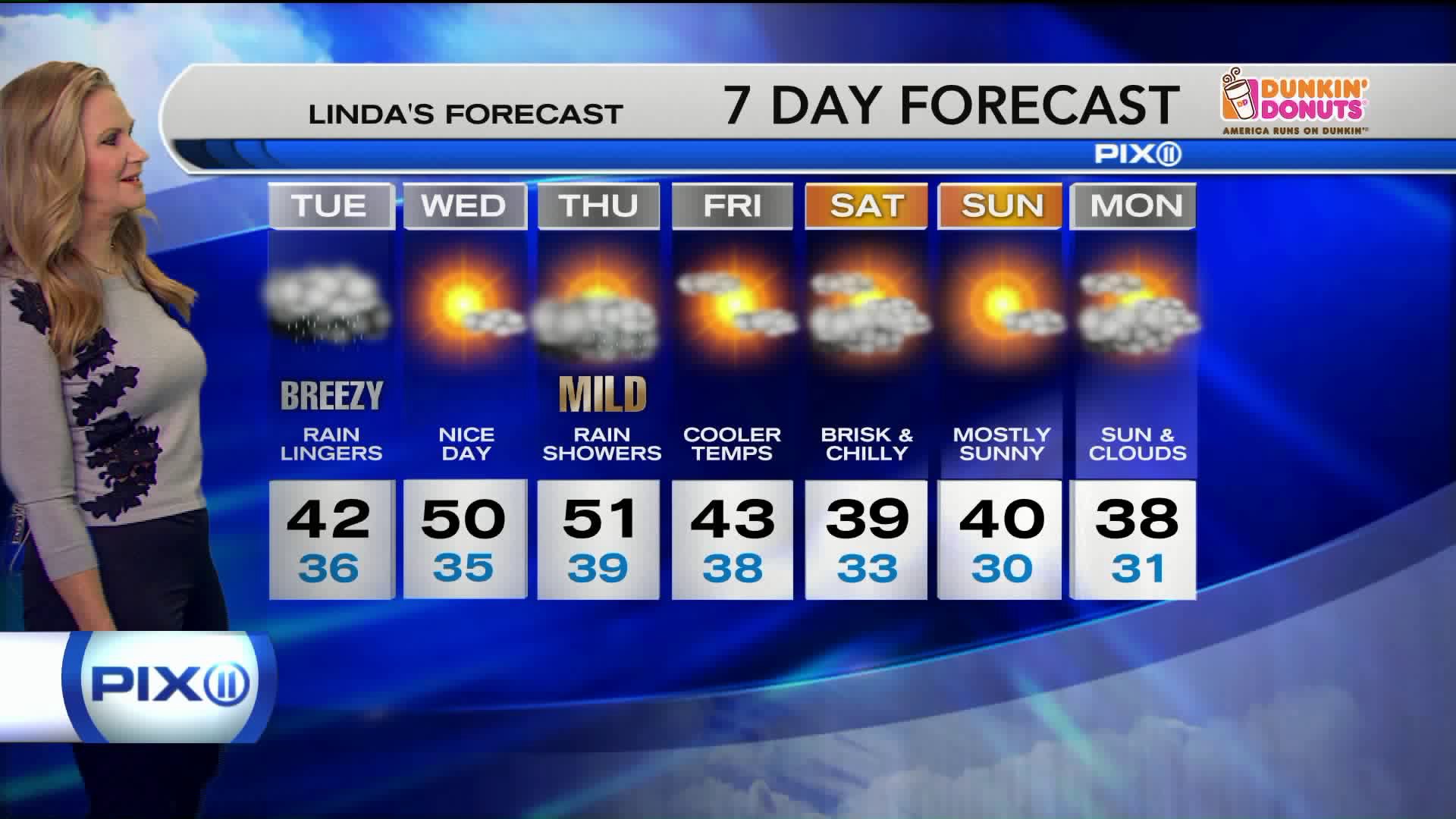 NEW YORK — Expect a soggy Tuesday follow in the path of a windy nor'easter that downed power lines and flooded coastal areas to start the week.

While winds have diminished in strength, the main concern for Tuesday is the nor'easter's effect on rising tides. A coastal flood warning has been extended to 1 p.m. for southwestern Suffolk County and along the Atlantic Ocean beaches, according to the National Weather Service.

Residents in Babylon, Long Island, say they've been through this before.

"It's always going to be a worry considering we went through Irene and Sandy," said Tracy Provenz, whose home was damaged during Hurricane Sandy. "There's always a problem with flooding that was supposed to be taken care of."

A wind advisory had been in effect for eastern New Jersey and Long Island, but has since expired. Those areas felt sustained winds of 20 mph with gusts up to 45 mph.

Now that the wind has tapered off but the rain remains, a threat of icing looms over areas north and west of the city, with minor accumulations of sleet and freezing rain possible by the evening.

Wednesday is forecast to be partly cloudy and mild as high pressure moves through the area. The high temperature will reach 50 degrees in the city.