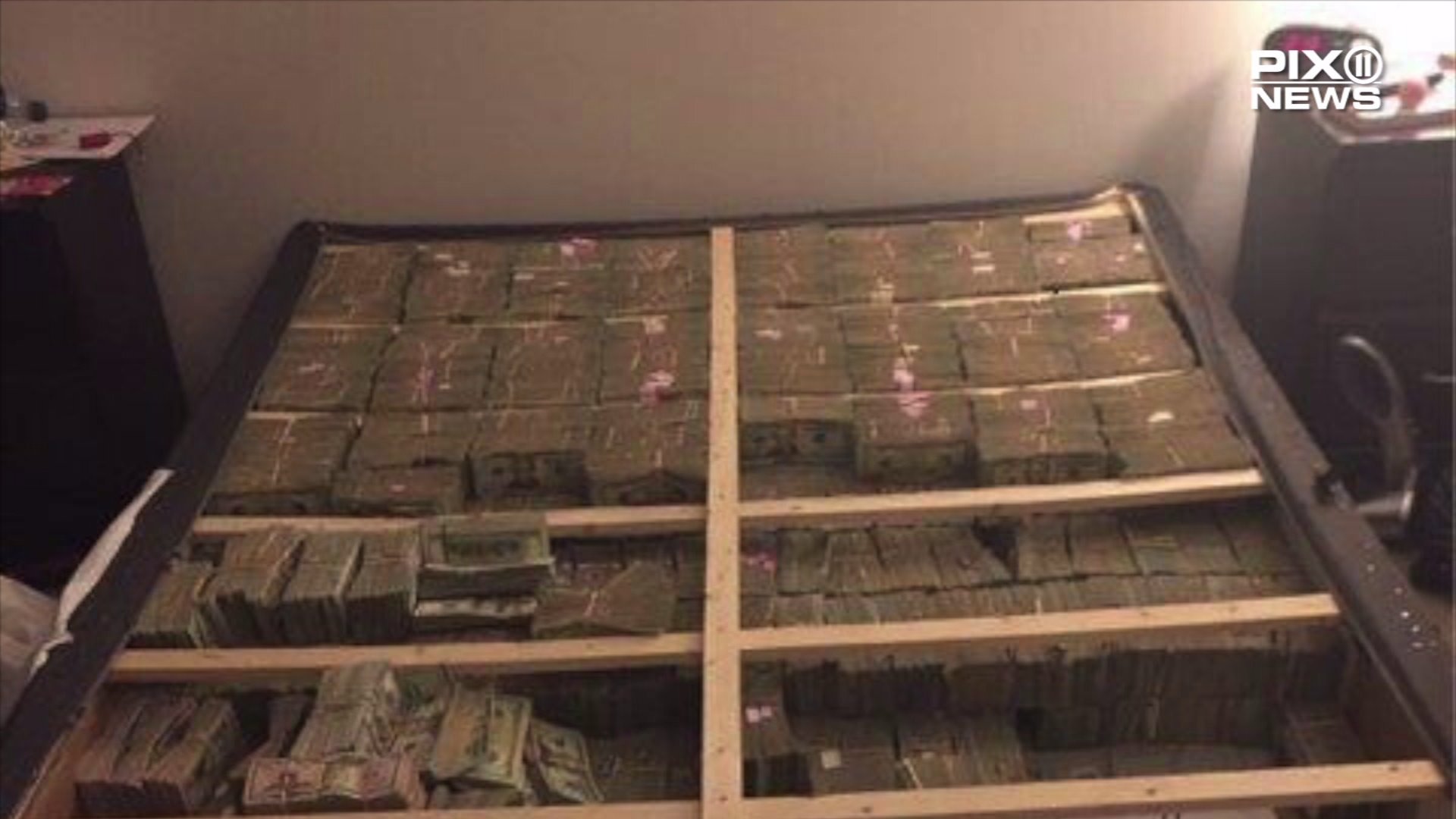 The suspect was part of a scheme to transfer millions of dollars to Brazil by laundering it through Hong Kong, prosecutors said.

WESTBOROUGH, Mass. — The U.S. attorney's office in Massachusetts has released a photo showing $20 million that was found hidden in a box spring in a Massachusetts apartment earlier this month.

A judge on Monday ruled Cleber Rene Rizerio, 23, of Brazil, is a flight risk and ordered him held on a charge of conspiring to commit money laundering.

Rocha was arrested earlier this month when the money was discovered in the apartment.

Prosecutors claim Rocha was part of a scheme to transfer millions of dollars to Brazil by laundering it through Hong Kong.

The money was from TelexFree, a defunct internet phone company that authorities claim was a massive pyramid scheme.

Although the money was initially aimed at Brazilian immigrants to Massachusetts, authorities allege nearly 1 million people worldwide were swindled out of nearly $1.8 billion.

Rocha's lawyer argued his client had no criminal record and should be granted bail with GPS monitoring, the Boston Herald reported.