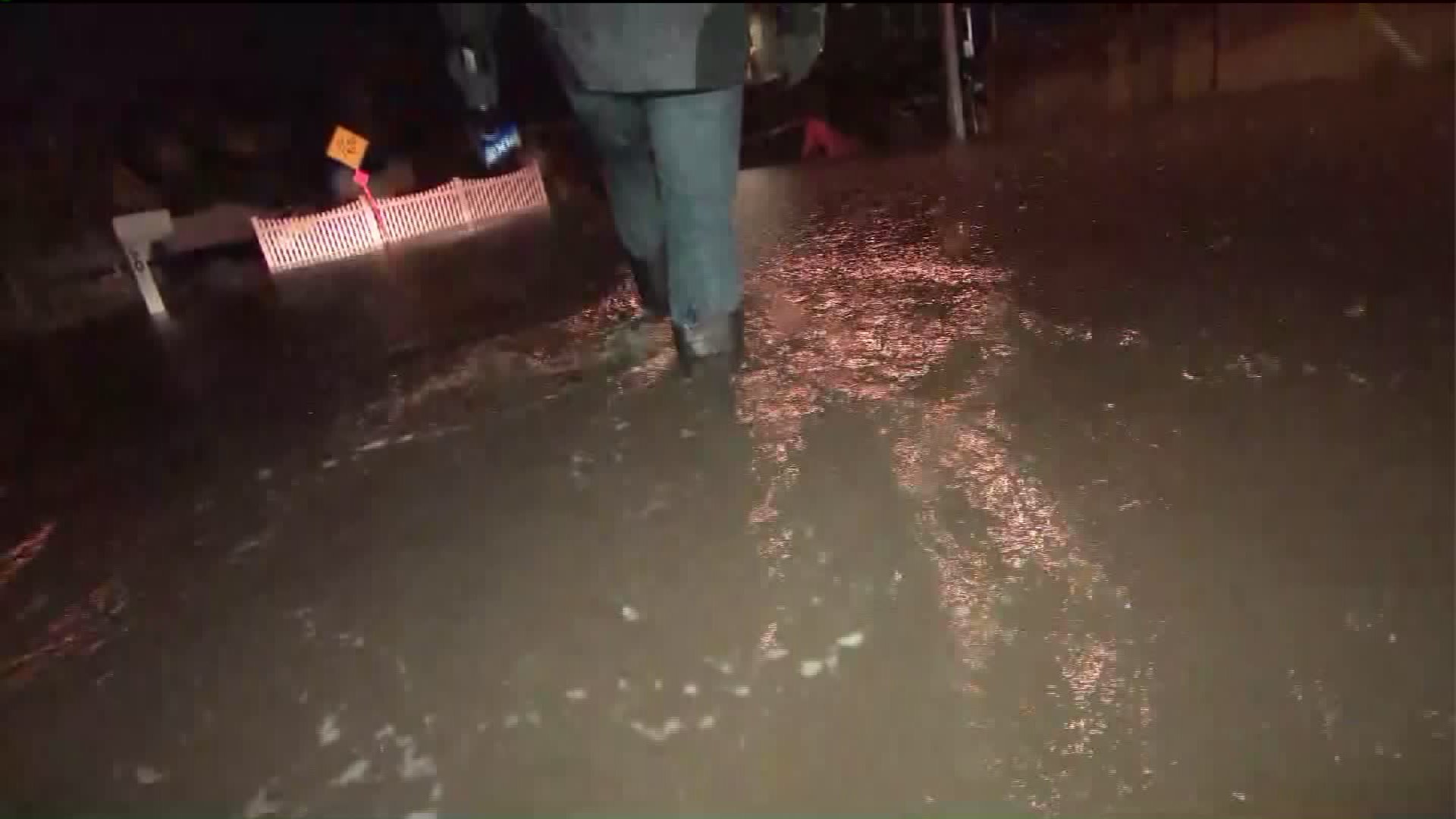 Long Island is starting to see the worst of the storm Monday night. 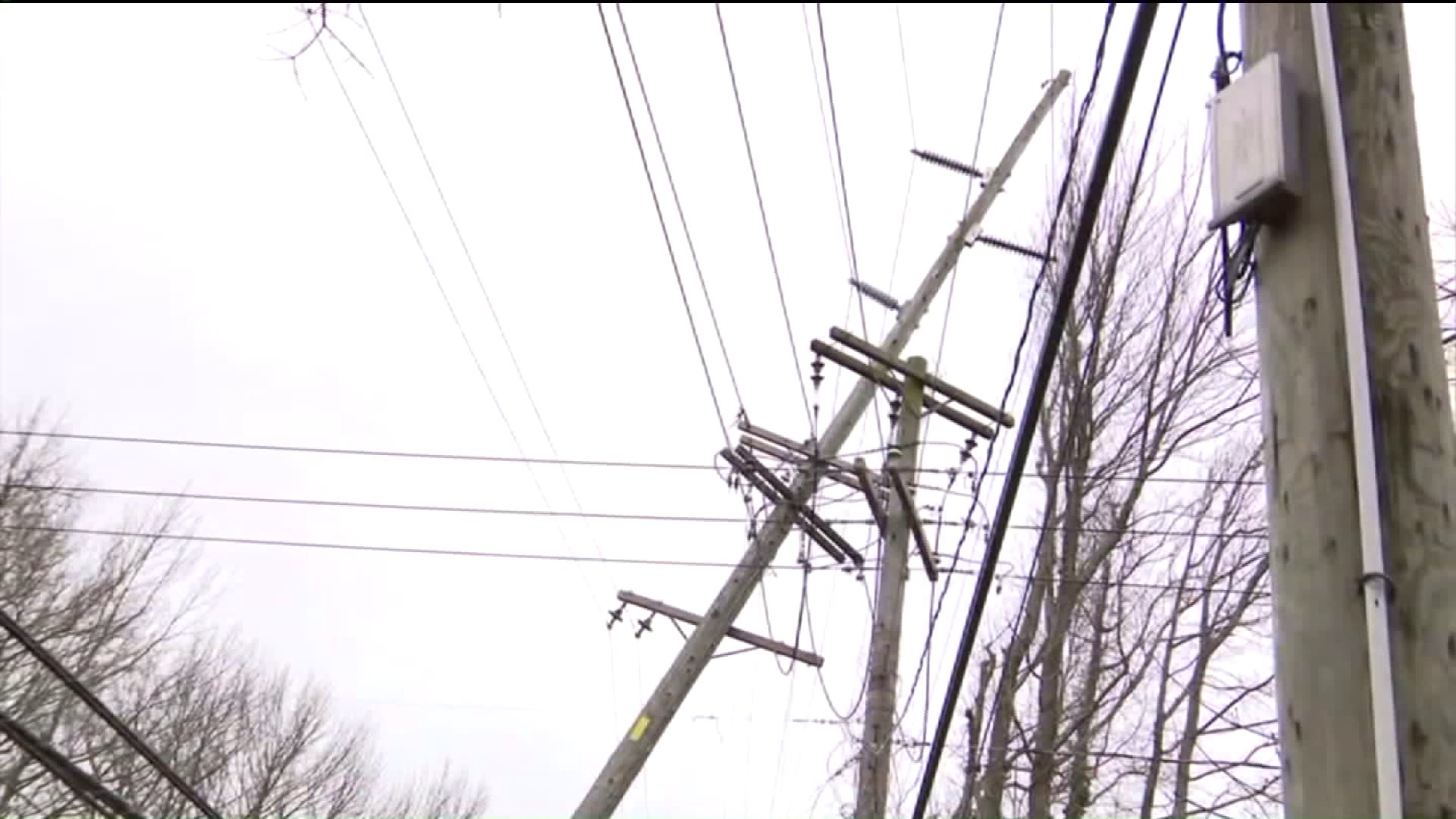 MASSAPEQUA, N.Y. — Monday's Nor'easter began as mostly a wind event, but those winds were strong and did some damage.

Sustained winds of up to 40 miles an hour on Long Island's South Shore churned up the surf and left the sand at the dunes at Jones Beach. This was the same place where just a year ago, snowdrifts blew through the area in the area's largest snowstorm.

It left the entire Port Washington line of the Long Island Rail Road shut down for hours beginning mid-morning, after winds pushed a 50-foot tall utility pole onto adjacent power lines that were dangerously close to the Plandome train station.

It also left thousands of Long Islanders without power throughout the day.

At any given time, about 1,000 customers had no electricity, according to PSE&G. The challenge that the high winds created was that as soon as workers restored power to hundreds of customers in one Long Island location, power lines would go down in another area.

The rain started to fall around 3 p.m., just in time for the tides to rise near their peaks. Within three hours, when most South Shore locations were at high tide, some streets, like Cedar Avenue, were under about a foot or more of water. High tide had pushed the tide up through storm drains and onto local streets.

With rain expected to continue throughout Monday night, flooding on Tuesday throughout the New York metropolitan area seems inevitable.