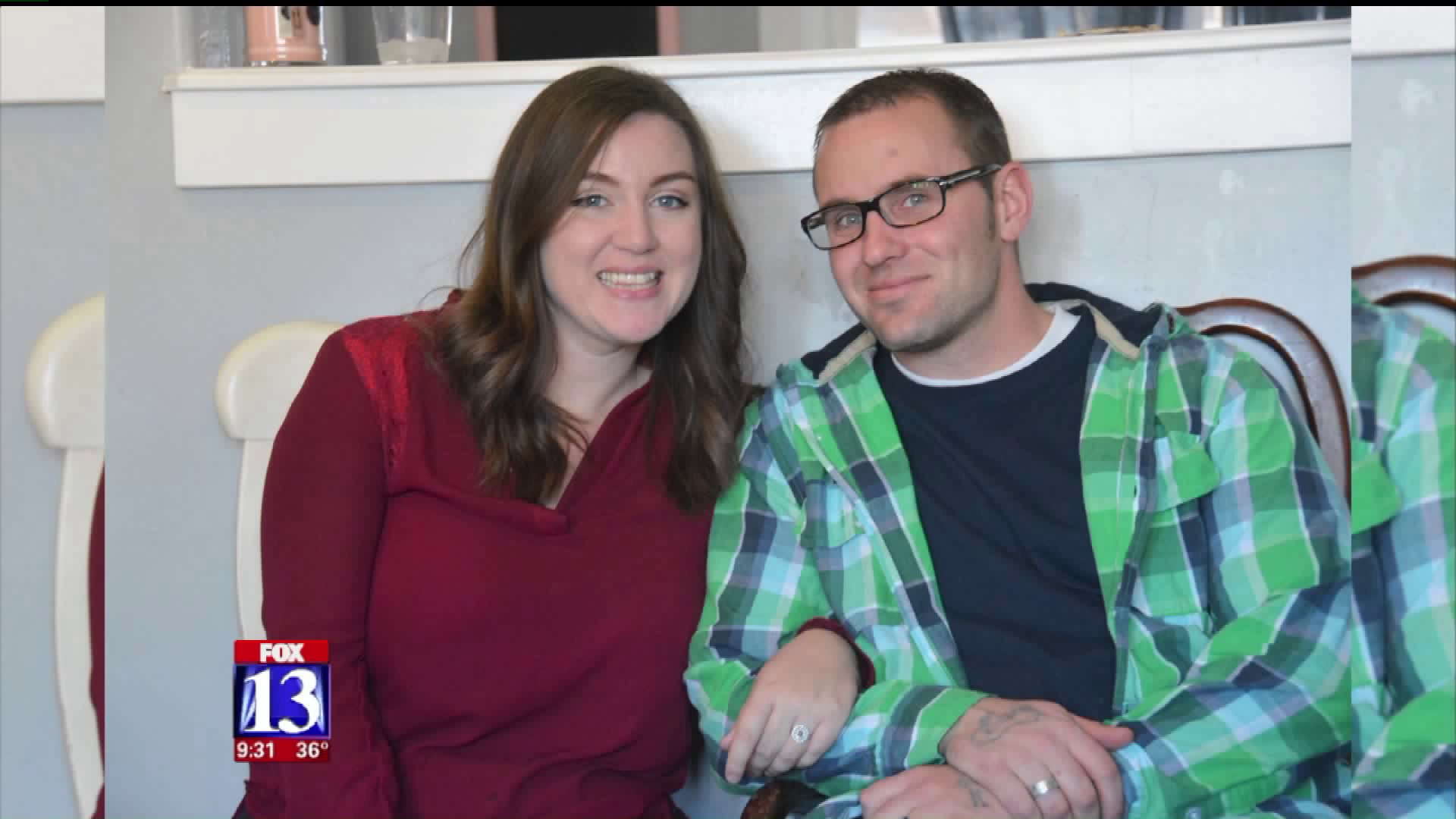 LEHI, Utah -- After a car crash took the life of his young wife, a devastated Utah man who thought he also lost his beloved canine pal in the accident received some happy news.

On the night of January 12, Chris Olsen and his wife went to the store and brought their dog Monte along. But everything for the Lehi couple changed in an instant when they lost control of the truck after hitting a patch of black ice.

“It spun around and hit the wall and flipped the truck two or three times,” Olsen told KSTU.

Chris Olsen remembers what happened after they crashed on Timpanogos Highway all too well.

“I went around and saw my wife, her upper body was outside of the car and her lower half was inside the car, Olsen said.

The two were rushed to the hospital, and his wife Michelle was in very critical condition. Then things took a turn for the worse.

“I was getting bandaged up, and I also got a report of my wife not being able to make it,” Olsen said.

Chris assumed his 2-year-old dog, Monte, had died as well.

“It was like I had lost everything," he said. "Losing Michelle enough would have been everything to me, and at that time I was hoping he'd still be alive."

Crews couldn't find Monte at the crash scene but thought there was a good chance he'd just run away.

“When I found out he was still alive I was so happy, and I had faith I would find him,” Olsen said.

Friends went to work on social media, putting the word out to look for Monte. Thousands shared the post, and eyes all around Utah County were searching for Chris’ dog. Then, finally, six days later, Monte was found just miles away from where they crashed.

He was then reunited with Chris.

“It's like it just registered to him, this is my owner, this is Chris, and he started whining a lot and I was so happy; that was the happiest time of my week,” Olsen said.

Chris says he believes his wife knew he would need Monte to comfort him.

“I know she was taking good care of him, making sure he was safe," Olsen said. "She knows how hard it is for me to lose close people in my life."

Chris says he's overwhelmed to see all those who helped get Monte home.

“My prayers and everyone else’s prayers have been answered for sure,” Olsen said.

Monte did have a couple of scratches from the crash but is OK.

Now Chris is facing medical bills, vet bills and funeral costs. Friends have established a GoFundMe page to help with those expenses.