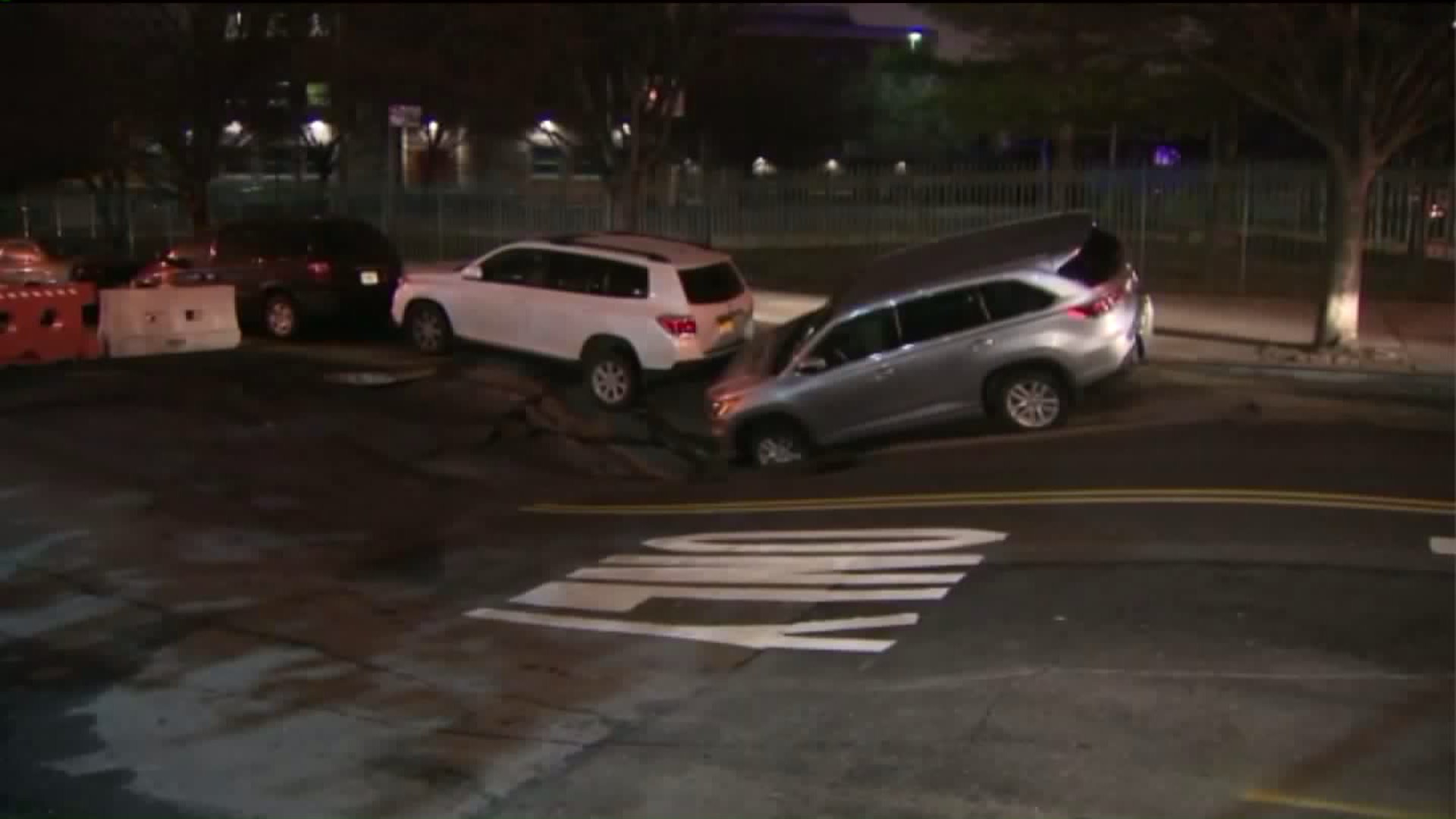 Two cars were eaten by a sinkhole in Washington Heights overnight.

WASHINGTON HEIGHTS, Manhattan – Residents in Washington Heights woke up to a shocking crater on their block Monday morning.

Con Ed workers arrived at 444 West 167th St. around 3:20 a.m. Their gas crews are on location and the company says there was no impact to their system. The Department of Environmental Protection workers are also on the scene.

FDNY responded about 40 minutes later and said there were no evacuations or injuries as a result of the sinkhole and water main break. Two vehicles were seen inside the sinkhole.

"The fire department and the police were here about the collapse but we don't know what is going on," said resident Claudio Varga.

Varga looked out his window to discover quite a sight.

"We find two cars go through the hole," said Varga.

The cave-in, which is about 6 feet deep, almost swallowed two vehicles with it.

Both vehicles were pulled out, with little damage.

Residents are not surprised, telling PIX11 they've had problems in the area before.

"Broken here, broken there, big problem before at this corner, another resident, Guerrero Quirico told us.

Quirico has lived here for over 40 years.

Another long-time resident, Richard Stecher, told us "The water main is 100 years old. Couple years ago, another cave-in around the corner, two different times."

Water had to be cut off to one building in the area. A spokesperson with the city's Department of Environmental Protection tells PIX11 although water has been turned back on, they may have to turn it back off again to finish repairs.

In the afternoon, crews were seen removing aged sections of the existing pipe and replacing them with new hardware that will hopefully relieve the problem for these residents.

The DEP could not give a timeline as to when the work will be done and would only say that the work is ongoing.

Edgecombe Avenue from 166th to 167th streets remain closed off.

No word if the sinkhole and water main break are connected.