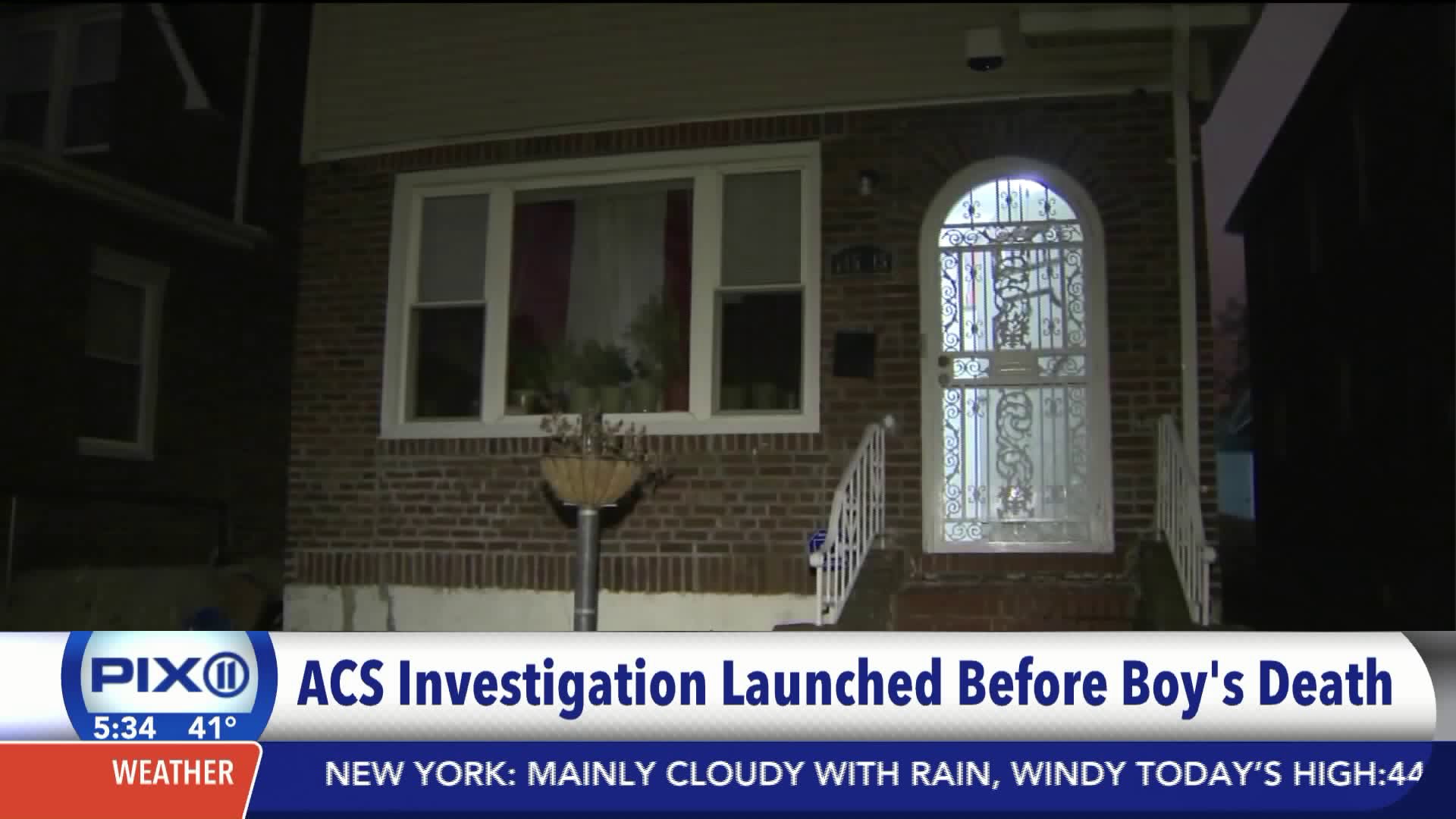 Five-year-old Michael Guzman was found dead inside his Jamaica, Queens home on Sunday. His parents were questioned by police but were released Monday morning. PIX11`s Anthony DiLorenzo has more.

JAMAICA, Queens — Police are investigating the death of a 5-year-old boy in Queens who may have been a victim of child abuse, sources say.

According to police sources, the child's parents called 911 around 4:30 p.m., when their son was not breathing.

Police found Michael Guzman, 5, unconscious and unresponsive inside of a home on 109th Avenue in Jamaica Sunday afternoon.

The boy was rushed to the hospital where he was pronounced dead. There were no signs of physical injuries, police said.

Sources say there is a prior history of domestic violence at the home. Administration for Children's Services has a history at the address, but no more information has been released.

“We are saddened by this troubling news and are investigating the circumstances leading to this child fatality, along with the NYPD," an ACS spokesperson said.

The boy's parents were questioned by police but were released early Monday. No charges have been filed just yet.

PIX11's Myles Miller and Anthony DiLorenzo contributed to this report.