Meet the people participating in the Women’s March on NYC 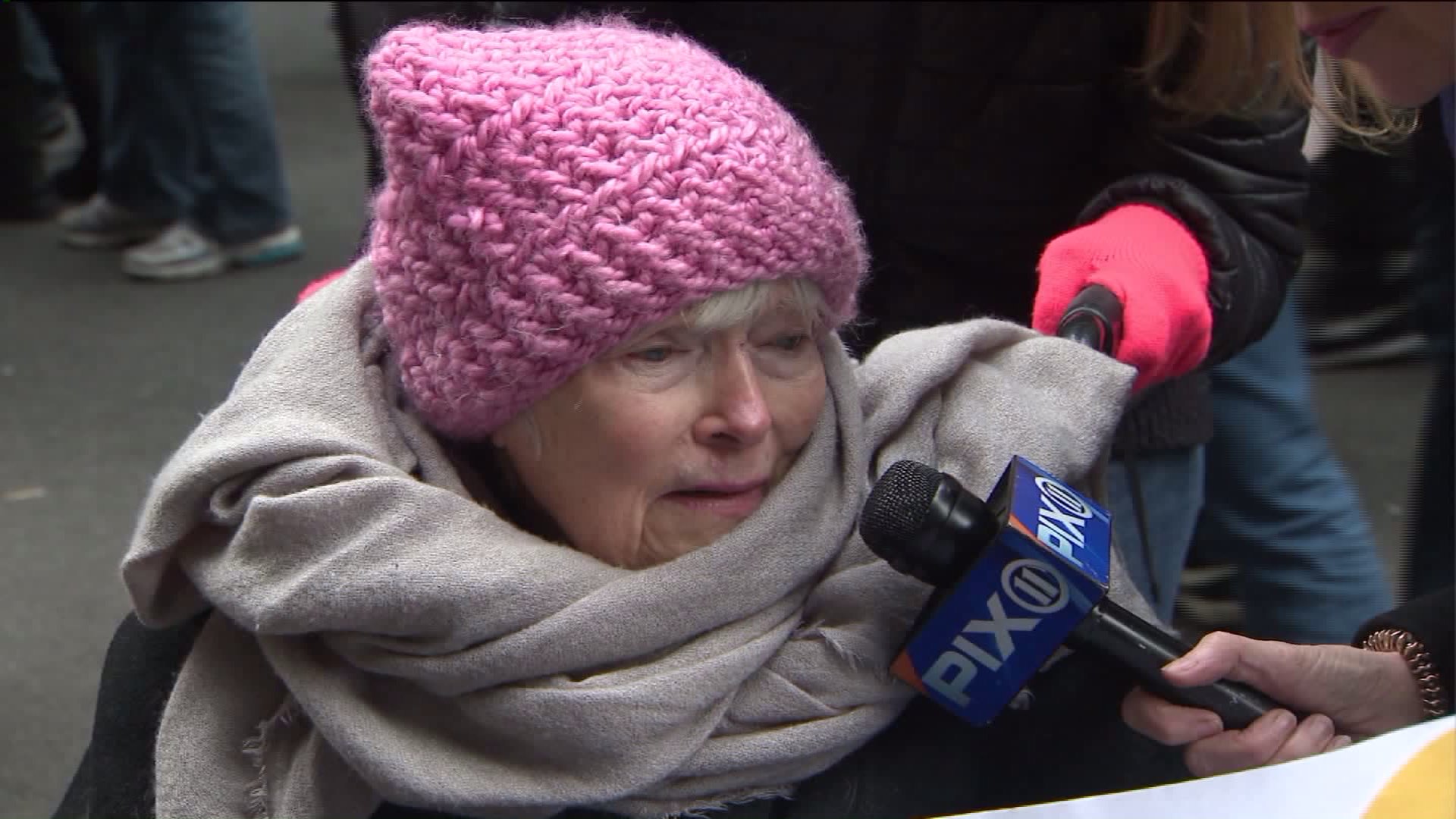 The Women`s March was packed with thousands of people. But who are the singular faces that make up the crowds, and why did they come out to march?

MIDTOWN, Manhattan — About 400,000 people participated at the Women's March on New York City, and they all had their own message and motivation of why they were there.

People of all generations appeared to be marching in the sea of pink pussycat hats and signs, some so graphic PIX11 News couldn't show them on TV or the web.

"We want a leader not a creepy tweeter!" one group chanted.

The oldest protester PIX11 News found was the daughter of a suffragette who marched for women to get the vote a century ago.

Anne Affriol, 85, of Matawan, New Jersey was marching with her granddaughter to continue the fight for women's rights.

"He is a buffoon," Anne Affriol, said of the new president. She held a sign that read, "I didn't live this long for the world to end now" during the march.

Affriol's granddaughter, 28, said it was a honor to march with her grandmother.

Ana Verastegui brought her 8-year-old daughter, Mia, to march with her.

"I am marching for women's rights and immigrants rights," Verastegui said.

One of the youngest members of the march was an unborn child. Amy Boesch is pregnant and due in May. She and her husband, Alexandre Boesh, attended the march to give their daughter the best future possible.

"I am here for a mother's right to choose," Amy Boesch told PIX11 News.

Her husband, wearing a pink pussycat hat, said he was marching for his wife and his future daughter.

There were also pink coated pooches like a teacup Yorkshire Terrier named Sophie in the protest.

"I am here because I want the president to understand what the Statue of Liberty stands for," protester Lori Reno told PIX11 news.

For some, the crowd, especially the millennials, were just not loud enough at the march.

"These millennials, they just stare into space," protester Rena Zager told PIX11. Then she let out a big cheer to try to get them to join in.

The march, the sister event of the Women's March on Washington, started about 11 a.m. Organizers initially thought a few hundred people would join the protest in New York, but as word spread, the numbers grew.

Hundreds of thousands of people throughout the day slowly made their way down 42nd Street to Trump Tower on Fifth Avenue.