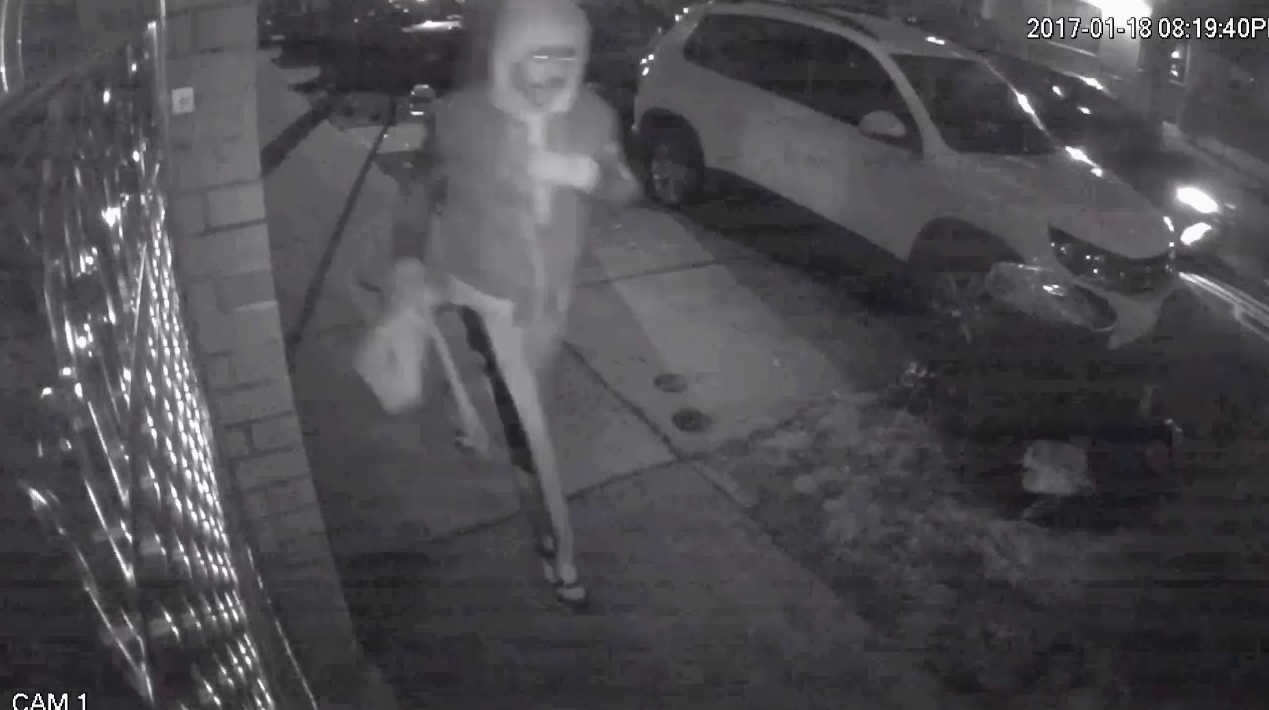 REGO PARK, Queens — Police are searching Saturday for a man who allegedly attacked and robbed a woman in Rego Park on Wednesday.

The man allegedly followed the woman, 63, as she was walking near 65th Avenue and 99th Street, police said. He pulled a knife on her and then punched her in the face, and grabbed her purse with her iPhone and credit card inside.

He then ran in an unknown direction.

The woman suffered from bruising to her face but refused medical attention at the scene.

The man is described as approximately 5-feet 8-inches tall. He was last seen wearing a dark colored sweatshirt.

Police obtained surveillance video they believe captured the man and released it to the public.