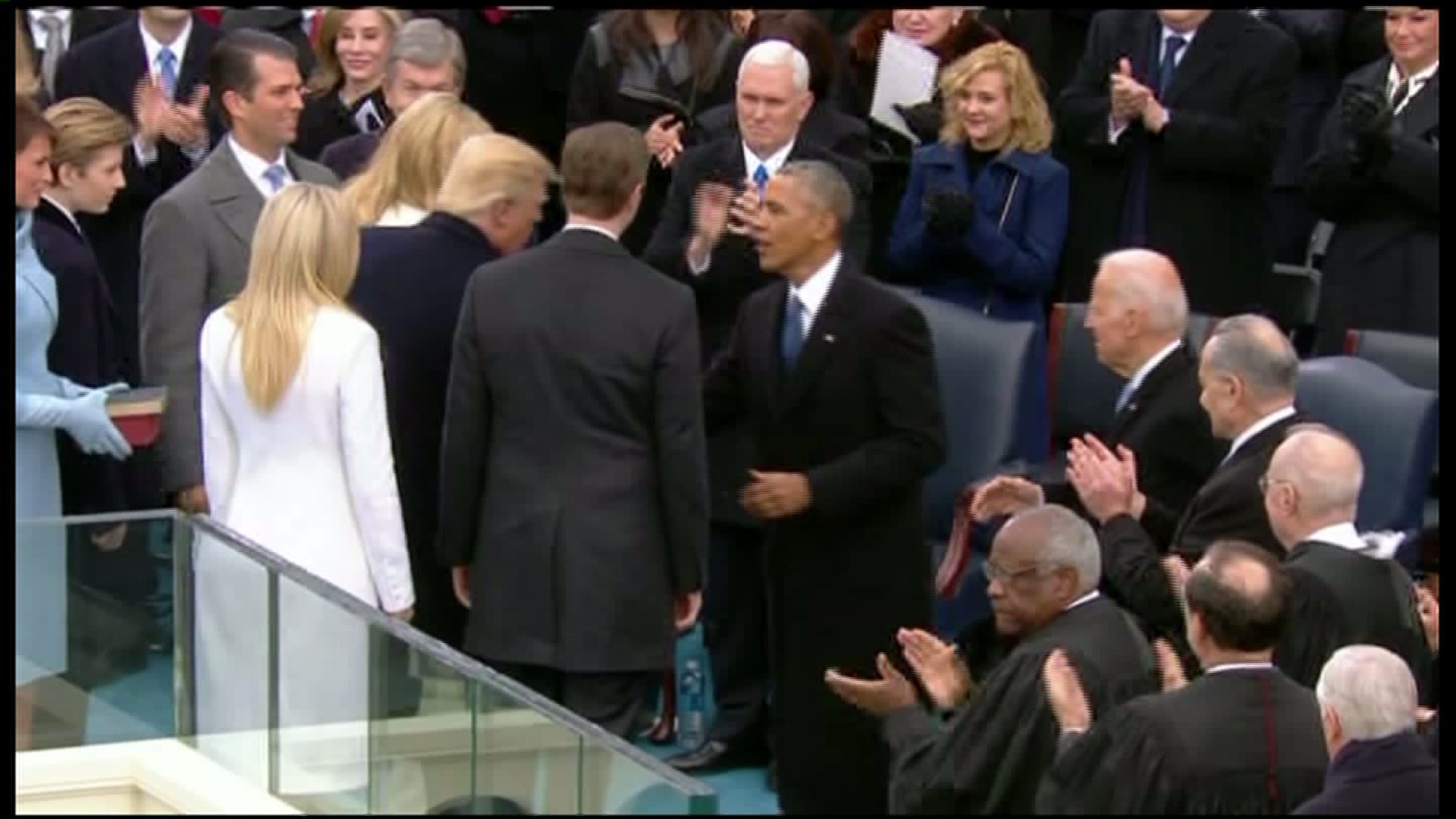 See the moment Donald Trump is sworn in as the 45th president of the United States on Jan. 20, 2017.

WASHINGTON  — Donald Trump is now the 45th president of the United States. He's taken the oath of office on the West Front of the Capitol.

The combative billionaire businessman and television celebrity won election in November over Democrat Hillary Clinton, and today he's leading a profoundly divided country — one that's split between Americans enthralled and horrified by his victory.

The unorthodox politician and the Republican-controlled Congress are already charting a newly conservative course for the nation. And they're promising to reverse the work of the 44th president, Barack Obama.

President Donald Trump is beginning his inaugural address by saying that "together we will determine the course of America and the world for many, many years to come."

He says Americans have "joined a great national effort to build our country and restore its promise for all people."

It began to rain in Washington as Trump started speaking.

Trump also thanked all of the past presidents in attendance, including former campaign foes Barack Obama and Bill Clinton.