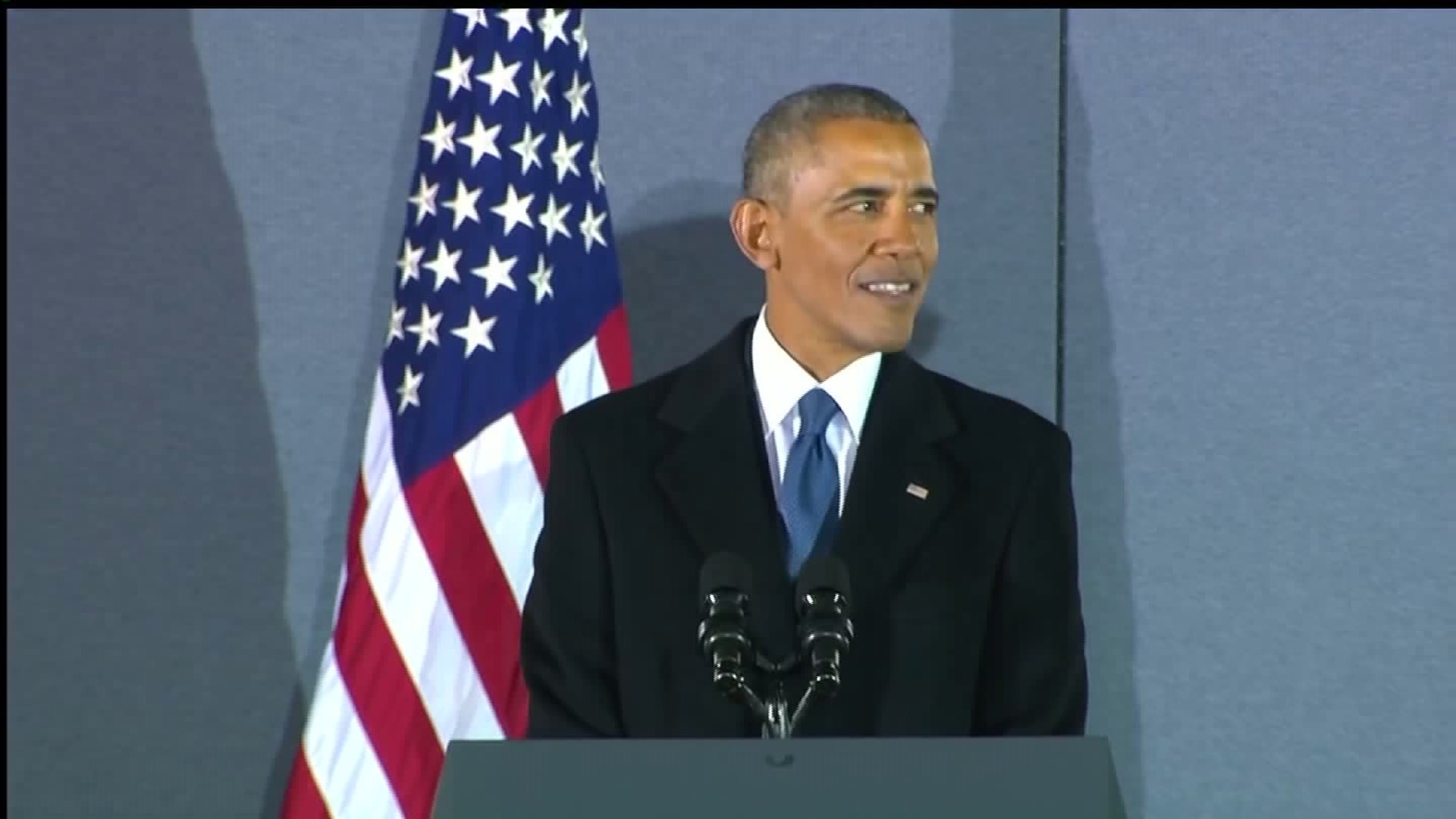 Former President Barack Obama thanked supporters following Friday's inauguration, before he departs for a vacation in California — saying that they "proved the power of hope."

Former President Barack Obama is thanking supporters before he departs for a vacation in California — saying that they "proved the power of hope."

Obama was joined by former first lady Michelle Obama at Joint Base Andrews in Maryland. They took a helicopter there from the Capitol following President Donald Trump's swearing-in ceremonies.

The outgoing president says he and his wife have sometimes been the "voice out front" but his push for changes in the country that began with his 2008 presidential campaign "has never been about us. It has always been about you."