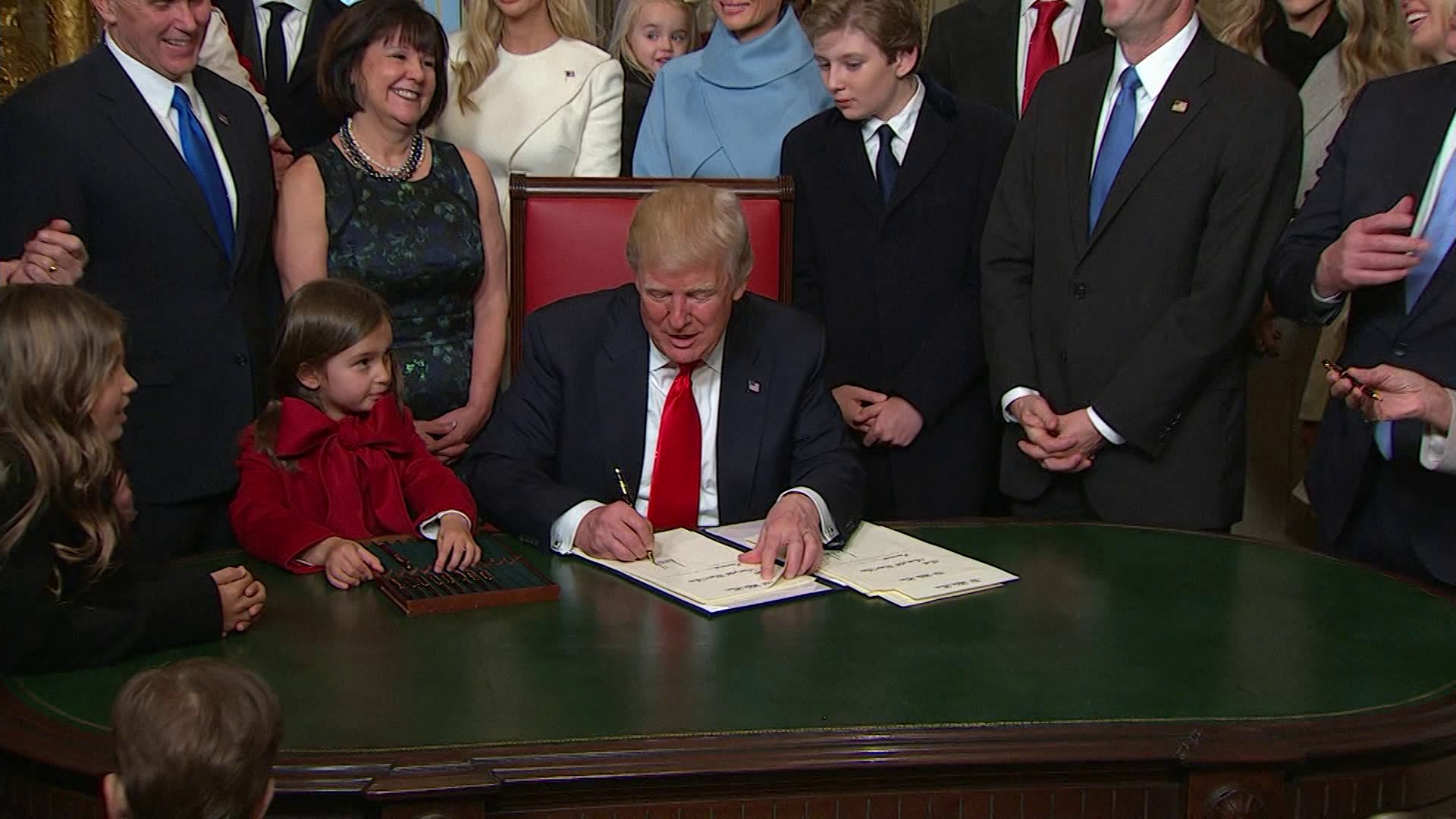 President Trump signed an order to roll back Obamacare.

WASHINGTON — President Donald Trump on Friday night signed an executive order aimed at trying to fulfill one of his most impassioned campaign promises: Rolling back Obamacare.

The executive order signed in the Oval Office is designed "to ease the burden of Obamacare as we transition from repeal and replace," White House press secretary Sean Spicer told reporters.

Spicer did not respond when asked for further details.

In addition to the presidential action on Obamacare, White House Chief of Staff Reince Priebus will also send out a memo to all government agencies and departments calling for a regulatory freeze, Spicer said.

Signal on Day One

With his signature, Trump sent a powerful signal on Day One of his presidency: His top priority in the Oval Office will be dismantling the Affordable Care Act, a law that covers some 20 million Americans.

The signing of the order also highlighted how deeply divisive Obamacare remains seven years after its inception: passing a health care reform bill was one of President Barack Obama's first priorities when he took office in 2009; overhauling it is now an urgent mission of Obama's successor.